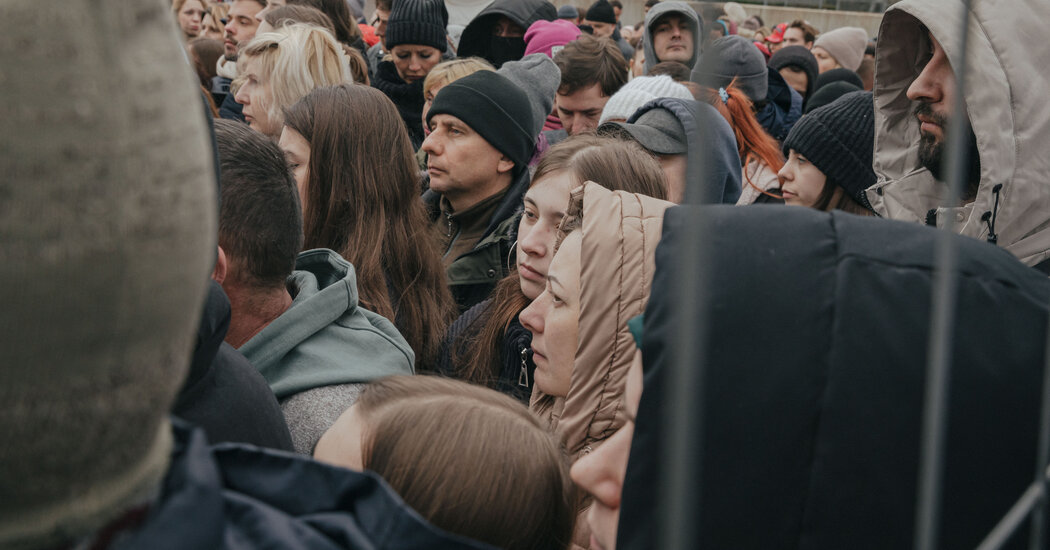 In addition to the war, the pandemic and rising interest rates, China is facing a downturn in its property sector, and the Brazilian economy could be damaged by political turmoil related to coming elections, she said.

New data show that Chinese economic growth and retail sales are flagging, as the government imposes sweeping lockdowns to stamp out the coronavirus. By April 11, 87 of China’s 100 largest cities had imposed some form of restriction on movement, according to Gavekal Dragonomics, an economic research firm.

The restrictions are again disrupting global supply chains for electronics, car parts and other goods, and dampening Chinese imports of oil, food and consumer goods. China is the world’s largest oil importer, and cooling demand there caused the International Energy Agency last week to trim its forecasts for oil demand growth this year to 1.9 million barrels a day, from an increase of 5.6 million barrels a day last year.

The Russian invasion of Ukraine, and the sanctions imposed to punish Moscow, also threaten to tip European economies into recession. Last week, forecasters at Germany’s top economic institutes projected that a full European ban on Russian energy imports would cause German output to contract 2.2 percent next year and push inflation up to 7.3 percent, a record for postwar Germany.

Global trade growth is also expected to slow this year. The World Trade Organization expects world merchandise trade volumes to expand 3 percent this year, down from a previous forecast of 4.7 percent. But depending on how the pandemic and the war unfold, trade growth could be as low as 0.5 percent or as high as 5.5 percent, Ngozi Okonjo-Iweala, the organization’s director general, said in a news conference last Tuesday.

The group forecast that global trade growth would rebound to 3.4 percent next year, though those estimates are also subject to change.

Dr. Okonjo-Iweala said the war prevented the organization’s economists from gathering key data on economic output, forcing them to rely on in-house simulations of how sanctions on Russian, the devastation of Ukrainian infrastructure, and the broader erosion of business and consumer confidence would affect global growth, she said.