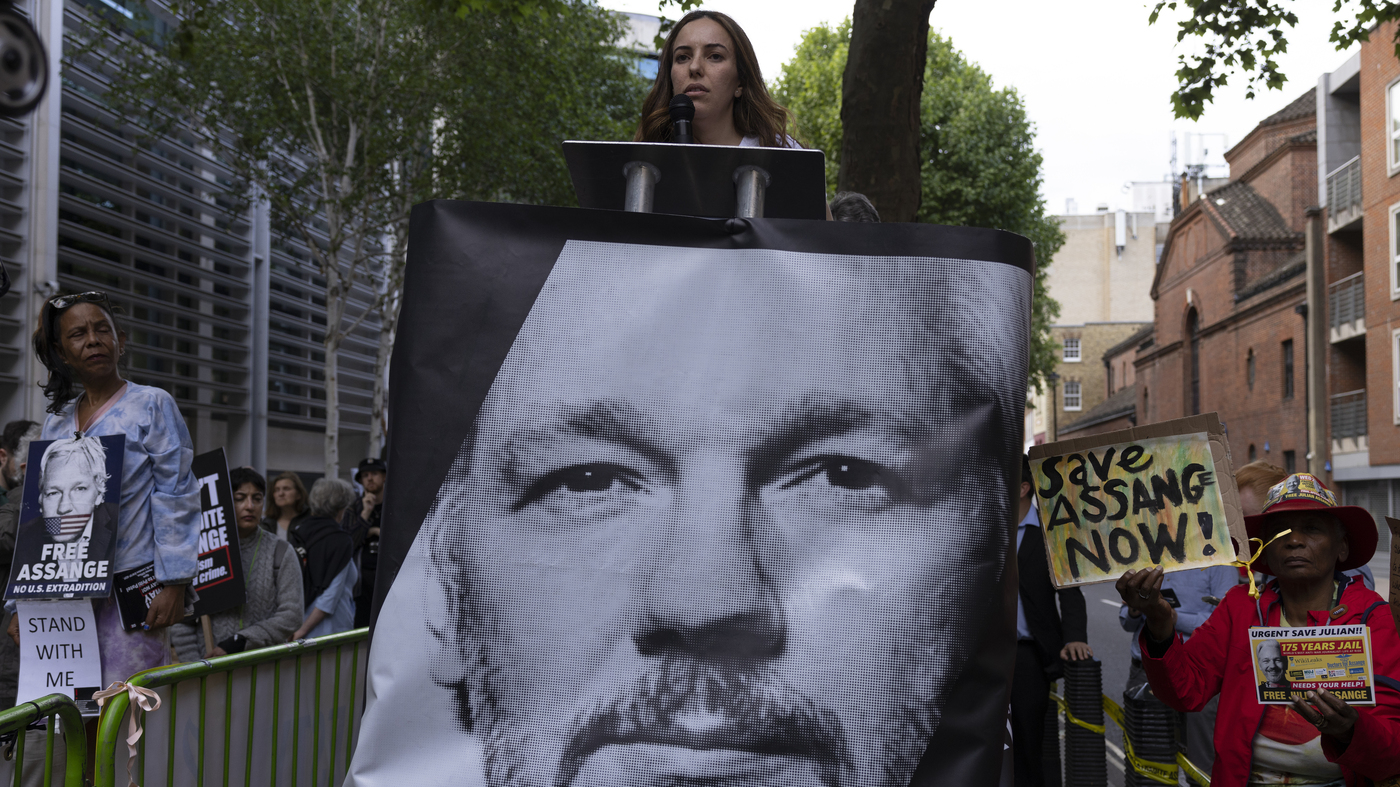 Will Julian Assange be extradited to the U.S.? Where his case stands now : NPR

Julian Assange is another step closer to trial in the U.S., where he faces 18 federal counts related to his publishing classified diplomatic cables and sensitive military reports from the Iraq and Afghanistan wars.

On Friday, the British government formally ordered the WikiLeaks founder to be extradited — but Assange has two weeks to appeal that order from the U.K.’s Home Office.

“This is disappointing news that should concern anyone who cares about the First Amendment and the right to publish,” Assange’s attorney, Barry Pollack, said. “The decision will be appealed.”

U.K. authorities arrested Assange in April of 2019, as the U.S. unsealed an indictment accusing him of a criminal conspiracy resulting in “one of the largest compromises of classified information in the history of the United States.”

Where would Assange be tried in the U.S.?

A federal grand jury indicted Assange in the Eastern District of Virginia. If he loses his appeal and is extradited, his first court appearance would be in the Albert V. Bryan U.S. Courthouse in Alexandria, Va., just outside of Washington, D.C. The case is assigned to District Judge Claude M. Hilton.

If Assange is convicted, he could face up to 10 years in prison for each of the 17 most serious felony counts against him — although the Justice Department notes, “Actual sentences for federal crimes are typically less than the maximum penalties.”

What’s the next move in the fight?

The U.K. Home Office said British courts had not found extradition would be incompatible with Assange’s “human rights, including his right to a fair trial and to freedom of expression.”

“That last point is pretty crucial,” London-based journalist Willem Marx told NPR. It’s where legal experts believe Assange will focus his appeal, Marx says, adding “as well as on this really interesting potential political motivation his team allege [is] behind this extradition request.”

The extradition fight has dragged on since Assange was jailed in the U.K. in 2019. A British magistrate ruled in Assange’s favor in early 2021, saying he faced a high risk of suicide if he were sent into the U.S. justice system. But the U.S. appealed that decision — and won.

In March, the U.K. Supreme Court ruled Assange couldn’t appeal the lower court’s ruling against him, saying his case “didn’t raise an arguable point of law.” One month later, another judge formally approved the U.S. extradition request, putting the next move in the hands of Home Secretary Priti Patel — who then signed the extradition order.

What are the charges against Assange?

U.S. prosecutors accuse Assange, 50, of helping Chelsea Manning, a former U.S. Army intelligence analyst who had a top-secret security clearance, to crack a password on Defense Department computers connected to the Secret Internet Protocol Network in 2010. The U.S. government uses the network to share classified information and material.

The charges against Assange have grown in number and detail, outlined in three separate indictments that were previously under a court seal. The most serious counts against him include conspiracy to obtain and disclose national defense information. The least serious charge Assange faces is the first one leveled against him: conspiracy to commit computer intrusion.

Assange has been fighting extradition for years, going so far as to jump bail and live in the Ecuadorian Embassy in London for seven years to elude the authorities. At the time, he was concerned both about U.S. espionage charges and also an extradition request over rape allegations in Sweden (which have since been dropped).

WikiLeaks has published a massive number of documents on its website and has also given information to journalists. The subjects include some 490,000 sensitive military reports from the Iraq and Afghanistan wars, along with around 800 Guantanamo Bay detainee assessments and about 250,000 State Department cables.

By publishing unredacted sensitive documents, the U.S. says in court filings, Assange revealed the names of people who shared information or otherwise helped the U.S. despite potential repercussions — not only in Iraq and Afghanistan, but also in China, Iran and Syria.

The initial federal charges focused on Assange’s contacts with Manning. But in 2020, a new indictment alleged that Assange also recruited hackers from groups such as Anonymous, LulzSec and Gnosis to launch cyberattacks against government agencies, cybersecurity firms and other entities, hoping to compromise internal databases and gather sensitive documents.

What about the First Amendment and free speech?

Assange has insisted he was acting as a journalist, working for transparency and exposing secrets. But his critics, including the U.S. government, counter that he’s attempting to use the First Amendment to shield himself from being held responsible for allegedly illegal actions.

Assange’s defenders, including the American Civil Liberties Union, say the U.S. should drop the charges against him. For one thing, they note, the information he published was true.

A U.S. prosecution of Assange “would be unprecedented and unconstitutional,” the ACLU’s Ben Wizner said last December, “and would open the door to criminal investigations of other news organizations.”

But the Justice Department says the charges against Assange aren’t for receiving classified information, but for allegedly working to obtain that information through illegal hacking. It also says the charges aren’t a response to him publishing U.S. secrets in bulk, but to revealing specific confidential information about people facing dangerous reprisals.

“Julian Assange is no journalist,” said Assistant Attorney General for National Security John C. Demers, when he announced a raft of felony charges against Assange.

2022-06-17
Previous Post: Formula One ‘Halo’ Saves Driver Lewis Hamilton After Crash At Italian Grand Prix : NPR
Next Post: Meet the Peecyclers. Their Idea to Help Farmers Is No. 1.