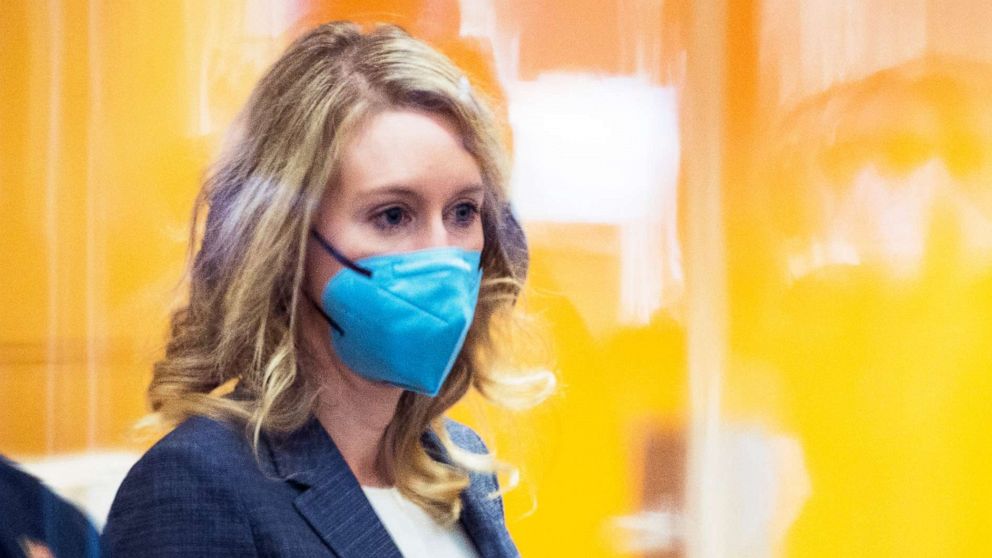 The high-profile trial of former Theranos CEO Elizabeth Holmes boils down to a single question: Did she cover up defects in her startup’s blood-testing technology to rip off investors while potentially endangering the lives of unwitting patients

SAN JOSE, Calif. — The high-profile case of former Theranos CEO Elizabeth Holmes, now before a jury, boils down to a single question: Did she cover up defects in her startup’s blood-testing technology to rip off investors while potentially endangering the lives of unwitting patients?

Federal prosecutors charged Holmes, 37, with 11 felony counts of fraud and conspiracy in 2018 after Theranos collapsed under the weight of her bogus boasts about its technological prowess. She repeatedly claimed that Theranos had a new way to scan for hundreds of diseases and health problems using just a few drops of blood taken with a finger prick.

That would have been a dramatic change from the conventional method of drawing vials of blood via needles inserted into patients’ veins, then shipping them off to be tested by Quest Diagnostics or Labcorp — a process that could take days. But it all tuned out to be a mirage.

Deliberations were briefly interrupted Tuesday when the jury sent U.S. District Judge Edward Davila a note asking if members could take home 39 pages of jury instructions to study in depth. After consulting with both sides, Davila quickly rejected the request, reminding the jury that all deliberations must take place in an isolated room at the courthouse.

The jury will return to deliberations on Thursday. If they don’t reach a verdict, Davila and the attorneys will discuss the possibility of taking a break until Jan. 3. The jury had originally signaled it is willing to deliberate during the week between Christmas and New Year’s Day.

The web of alleged lies and other deceptive tactics covered in the trial occurred from 2010 to 2015, when, according to prosecutors, Holmes duped investors in her startup while also misleading patients about the accuracy of the company’s blood tests.

In defending herself during seven days of often dramatic testimony on the stand, Holmes acknowledged making some bad decisions and mistakes. But she maintained that she never stopped believing Theranos was on the verge of a breakthrough that could redefine health care.

Holmes also insinuated that she had been manipulated and deceived by her former lover, Sunny Balwani. Holmes testified that Balwani, who she secretly lived with while he was Theranos’ chief operating officer from 2009 to 2016, let her down by failing to fix the laboratory problems that he had promised to fix and, in the most dramatic testimony of the trial, alleged he had turned her into his pawn through a long-running pattern of abuse while exerting control over her diet, sleeping habits and friendships.

A jury of composed of eight men and four women is currently mulling whether to find Holmes guilty of the charges hanging over her future or to acquit. The jurors completed their their first full day of deliberations Monday without sending any notes to U.S. District Judge Edward Davila, who has been presiding over the trial since it commenced in early September. They will return to the courthouse in San Jose, California, on Tuesday morning.

If Theranos’ technology worked as well as Holmes declared, it could have saved lives and lowered health care costs by making it more convenient and cheaper for people to get blood tests — and for doctors to understand their physiology in much greater detail.

It was such an exciting concept that Holmes was able to assemble a high-powered board that included former Cabinet members of administrations spanning from Richard Nixon to Donald Trump. It also briefly turned Holmes into a media sensation that had Silicon Valley buzzing.

At its height, privately held Theranos was valued at $9 billion, with half of that paper wealth belonging to Holmes, who dropped out of Stanford University in 2003 to start the company when she was just 19.

But Theranos’ much-touted technology turned out to be a monumental flop. It produced such wildly unreliable results that the company’s lab secretly began using conventional blood-testing machines and methods, even as Holmes continued to hail it as a breakthrough while boasting about lucrative deals with the U.S. military and major drug companies such as Prizer that didn’t really exist.

It all came crashing down in 2015 and 2016 when revelations about Theranos’ testing flaws emerged in a series of articles in The Wall Street Journal and the findings of an audit by the Centers for Medicare & Medicaid Services.

The U.S. Justice Department filed its charges against Holmes nearly three and a half years ago, but the trial was delayed by the pandemic and then by Holmes’ pregnancy.

The case can also be seen as a warning shot aimed at the zeitgeist in Silicon Valley, where ambitious young entrepreneurs often get lost in their own hubris and hyperbole as they pursue fame and fortune.

Although Theranos raised more than $900 million before its failure, the fraud charges focus on about $155 million raised from five investors between December 2013 and December 2014. The largest chunk of that money was a $100 million investment by the DeVos family, including former U.S. Education Secretary Betsy DeVos, that made its fortune from Amway.

Holmes’ alleged fraud against patients involved Theranos’ transmission of inaccurate blood results in May 2015 and a $1.1 million payment in August 2015 for advertisements promoting its blood tests in Walgreens pharmacies. That partnership, one of Theranos’ big selling points, eventually dissolved as the startup’s woes mounted.

The two conspiracy counts alleged that Holmes had cooked all of it up as part of an elaborate scheme that bamboozled business partners such as Walgreens and media outlets such as Fortune magazine, in addition to the investors and patients covered in the fraud counts.