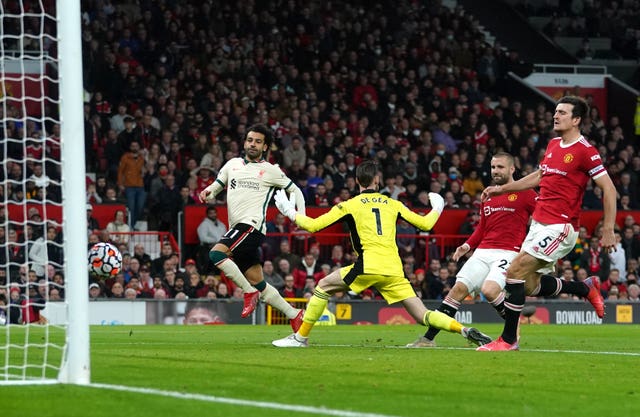 What is going wrong with Manchester United and will Ole Gunnar Solskjaer stay? – See General News

Ole Gunnar Solskjaer is under intense scrutiny after Manchester United were ripped apart by arch rivals Liverpool on Sunday.

Mohamed Salah’s hat-trick completed a 5-0 victory that leaves the Old Trafford giants at a crossroads.

Here, the PA news agency looks at what has gone wrong for United this season.

What happened against Liverpool?

A meek, error-riddled United performance allowed bitter rivals Liverpool to secure their biggest win on enemy territory. It was, as left-back Luke Shaw said, a result that had been coming and could have been worse had Liverpool kept their foot on the hosts’ throat after Paul Pogba was sent off. Solskjaer called it the “darkest day” of his near three years in charge, saying they hit “rock bottom”.

There are issues in defence, midfield and attack – quite the concoction. David De Gea has been impressive between the sticks but the incoherence and disorganisation ahead of him means United have kept just one clean sheet in 21 matches in all competitions. Sunday was the worst defensive performance of that run, with the backline run ragged and the side all too easily sliced through.

It does not help that United have yet to solve their midfield trouble, with the lack of an elite defensive midfield patently clear long before Sunday’s loss. United do boast exciting attack talent but they have yet to find a way of effectively shoehorning them into a side that gets the best out of returning star Cristiano Ronaldo. Vast improvements are needed across the board.

Where have those issues left United?

Having started the domestic season strongly, United have managed just one point from their last four Premier League games and now sit seventh in the standings. Leaders Chelsea are eight points better off after just nine games and the performances have been as alarming as the results.

What about in other competitions?

United are top of their Champions League group as late comeback wins at home to Villarreal and Atalanta helped make amends for the shock loss at Young Boys, but Solskjaer’s side have not been convincing and are already out of the Carabao Cup having been beaten at home by West Ham.

What does that all mean for Solskjaer?

United have made progress – albeit with bumps along the way – since Solskjaer succeeded Jose Mourinho in December 2018, finishing runners-up in last season’s Premier League and Europa League. The Norwegian was rewarded with a new deal until 2024 over the summer but odds on him leaving have been slashed following recent games.

What is the club’s position?

The United hierarchy have been steadfast in their support of the 1999 treble hero through difficult moments but Sunday’s 5-0 loss provides the biggest test of that backing. Those around the club have battened down the hatches since the game. Solskjaer left Old Trafford on Sunday still believing he was the right man for the job, but time will tell if the decisionmakers agree.

There are big games and big calls coming up. Antonio Conte and Zinedine Zidane’s names are sure to be bandied around as talk of a managerial change dominates discussion at a time when United must reset and refocus on three key games before the international break. Saturday sees the Red Devils head to Tottenham before a Champions League group game at Atalanta. United then return to Old Trafford faced with the unenviable task of stopping Pep Guardiola’s Manchester City.