We can’t blame the unvaccinated for being irresponsible? Really?

By: Nicholas Goldberg
In: Uncategorized
With: 0 Comments 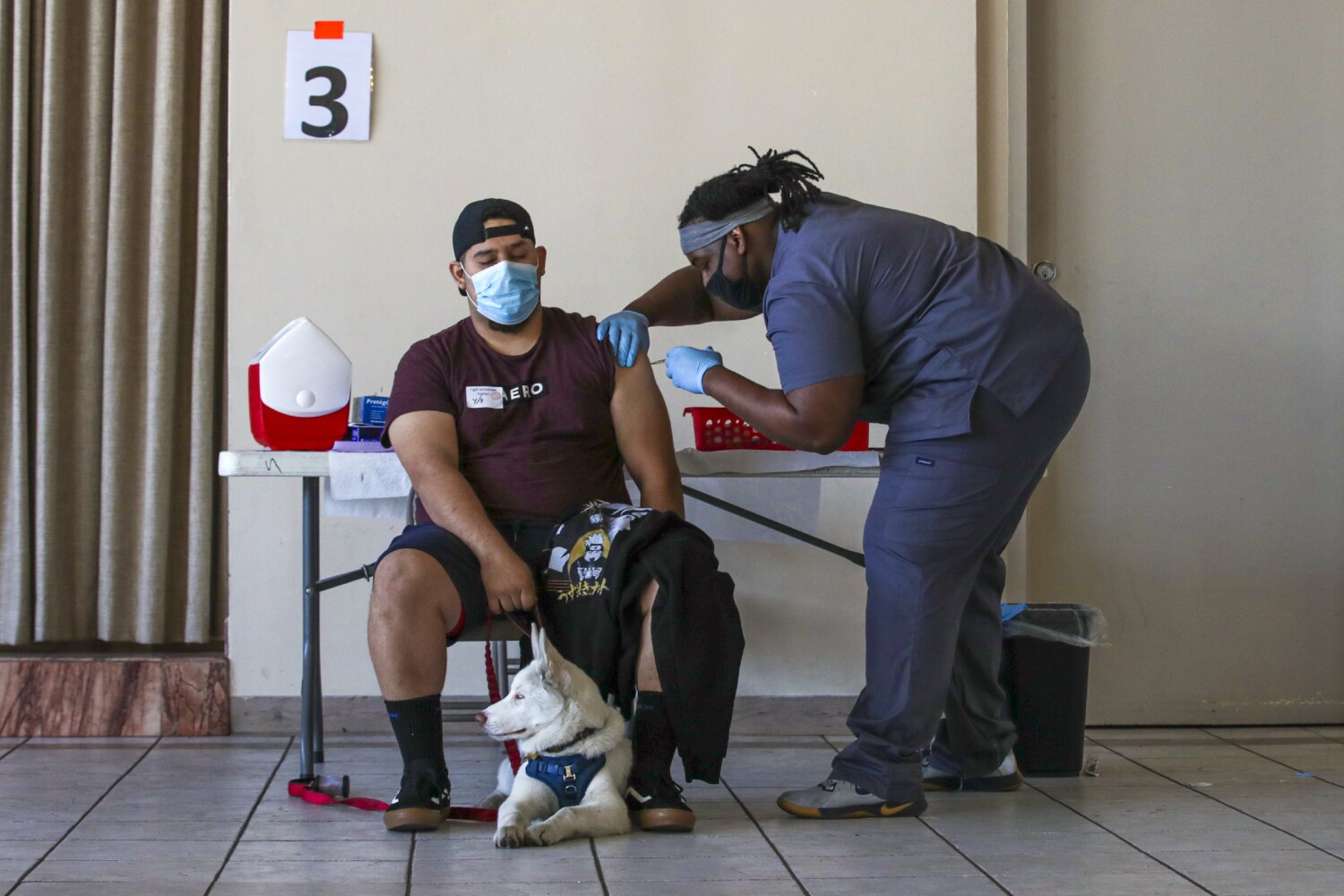 As thousands of unmasked motorcyclists carouse in the streets of Sturgis, S.D.; as protesters greet vaccine and mask mandates with comparisons to Hitler; as vaccination rates lag and COVID caseloads climb, we’re also seeing — paradoxically — a wave of sympathy for those who have failed to behave responsibly.

“Don’t be mean” is the new mantra. Blame, we’re told, is not an effective public health strategy. Those people who won’t wear masks or who refuse to be vaccinated — they’re just misinformed.

“Many unvaccinated people are scared just like us, and … with the right help and information, they would sit down next to nurses and pull up their sleeves,” said one recent op-ed piece in the New York Times.

Can this be the correct advice? Is it possible that those of us who have behaved responsibly, followed the rules and made enormous sacrifices for the last year and a half should not be outraged at the millions of Americans who refuse to take the most simple, science-backed steps?

I ask because I’m sensing a lot of anger.

Gov. Phil Murphy of New Jersey, a Democrat, finally turned on his hecklers: “You are the ultimate knuckleheads! And because of what you are saying and standing for, people are losing their life.”

Columnist Andrew Sullivan wrote that if “deranged” and “delusional” people are irresponsible enough not to be vaccinated, the rest of us should shrug and let the death tolls rise. Maybe that, he said, would persuade a few.

A township supervisor from eastern Pennsylvania went even further, hitting an opponent of vaccine and mask mandates over the head with a “Masks Save Lives” sign in an altercation caught on video.

So who’s right? Should we shut up or lash out?

On reflection, I think we can agree that we’re talking about a spectrum of misbehavior. The unmasked and unvaccinated range from the misinformed and time-constrained, to the lazy and selfish, to those who are ideologically committed or deep in the grip of conspiracy theories. At the very edge of the spectrum of shame are the self-serving political, media and activist leaders who feed vaccine misinformation and encourage skepticism though they should know better.

Sure, the first of these groups need to be educated, incentivized and cajoled. They also need to be kept from endangering others, where possible, through mask mandates and vaccinated-to-enter requirements. But the active misinformers themselves, including cynical public officials such as Florida Gov. Ron DeSantis and Texas Gov. Greg Abbott who are playing political games with people’s lives — I wish they could be prosecuted for what, in my book, amount to crimes.

This is not an issue of liberty, as they would have you believe; it’s an issue of public health (and courts have long upheld the right of government to make public health rules). This is not a question, solely, of control over one’s own body — the health and safety of others are at risk. People who don’t wear masks or won’t get vaccinated enable the virus to spread and reproduce, and increase the chance of new variants that will evade vaccines.

Yes, some vaguely confusing facts about vaccines may raise legitimate concerns for ordinary Americans. It’s true, for instance, that the Pfizer, Moderna and Johnson & Johnson vaccines do not have full formal approval by the Food and Drug Administration; they have only been authorized for emergency use. That sends a discomfiting message. And indeed, “breakthrough” infections may allow fully vaccinated people to catch COVID.

But following the science is the best and only way to fight the disease. The overwhelming consensus of scientists, doctors and data is that the vaccines are not dangerous, that the breakthroughs are rare, and that it is far safer to be immunized than not.

It’s also true that there are some people who face real barriers to getting informed, finding the time or arranging for transportation to where the shots are. They need our assistance.

I can tone down my anger at those who have understandable reasons or fears, or who remain open to learning more. If berating and blaming them is counterproductive, then I’m willing to forgo it.

But I am not in a mood to forgive those who are spreading misinformation, scaring others or politicizing the pandemic.

Such as the 12 people who, according to the Center for Countering Digital Hate, account for 54% of the misleading claims and flat-out lies about vaccines on Facebook, Instagram and Twitter. They have a combined following of 59 million people.

Or Gov. DeSantis of Florida, who had the temerity to say last week: “We can either have a free society or we can have a biomedical security state.” This from a guy who himself got the J&J vaccine. What a pandering hypocrite.

Or Rep. Jason Smith (R-Mo.), who tweeted: “The Biden administration wants to knock down your door KGB-style to force people to get vaccinated.” He’s vaccinated too.

Or House Republican leader Kevin McCarthy of Bakersfield, who said that bringing back masks was “conjured up by liberal government officials who want to continue to live in a perpetual pandemic state.”

No one wants a perpetual pandemic state and McCarthy knows it, but the phrase will generate applause and perhaps win votes from a riled-up portion of the GOP base.

McCarthy and his ilk have done a serious — and dangerous — disservice to the country, and they deserve blame and anger.