Warnings of more terrorist attacks in Kabul as U.S. withdraws

By: Tracy Wilkinson
In: Uncategorized
With: 0 Comments 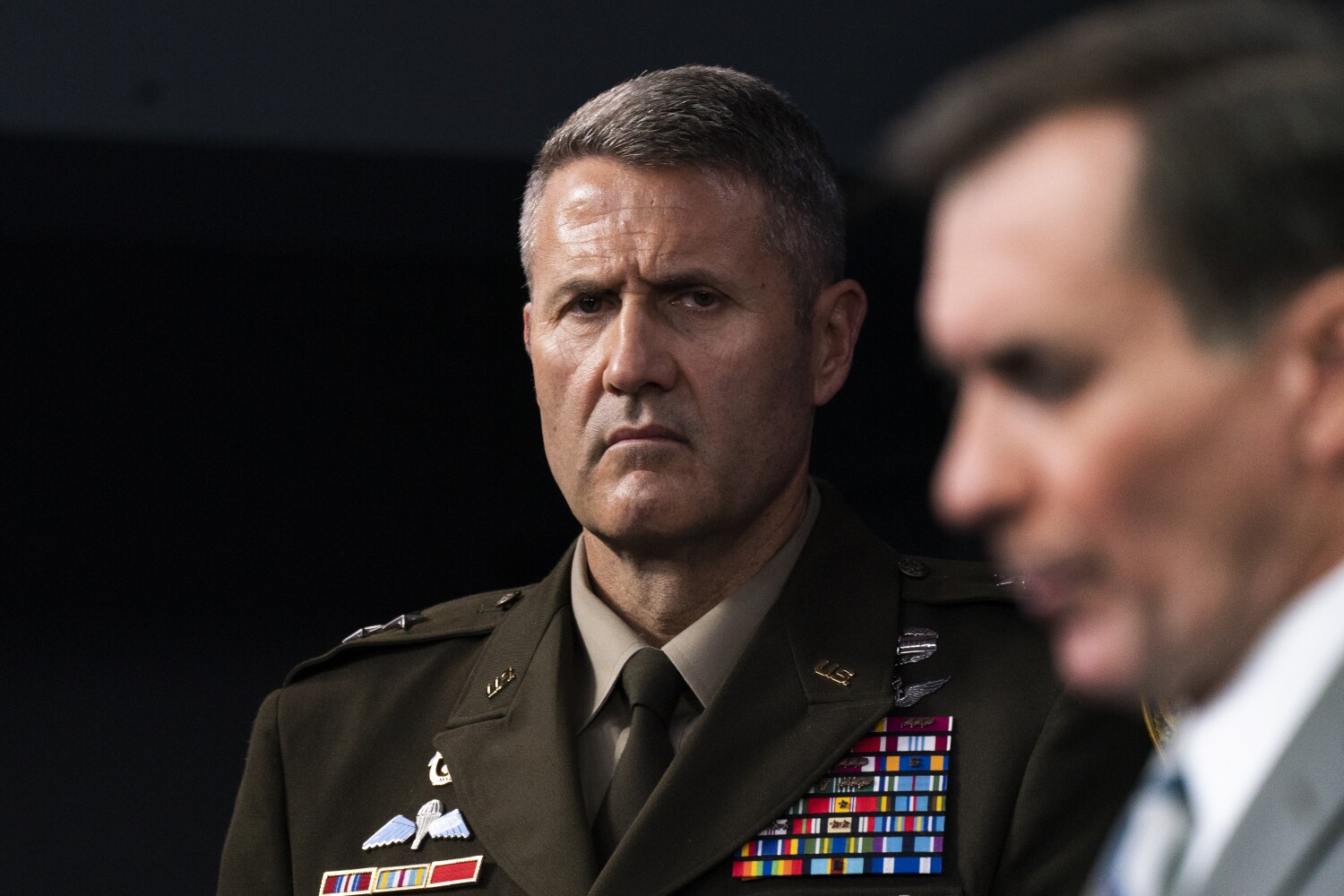 Amid concrete threats of additional terrorist strikes, the U.S. military Friday rushed to push through its final evacuations from Afghanistan while trying to piece together the details of Thursday’s attack, one of the single deadliest days for American service members and Afghan civilians.

The Pentagon said it had determined there was just one suicide bomber and a single blast — not two explosions as it first reported. Because of the enormous crush of people thronging the Kabul airport entry, the death toll was unusually high. Thirteen U.S. service members, most of them Marines, were killed, and Afghan hospital officials revised the Afghan civilian count to well over 150. The British government also announced that three of its citizens — two adults and a child — were killed in the blast.

The Pentagon blamed its initial erroneous report — that a second bomb exploded near a hotel outside the airport — on the confusion surrounding the catastrophic event.

“Clearly there was a break in the security process” set up to screen people arriving at the Kabul airport, White House Press Secretary Jen Psaki said Friday. Part of that process is in the hands of the Taliban, which controls the airport perimeter.

U.S. military commanders have asked the Taliban to widen that perimeter for better security, but it was not clear whether that has happened.

Both the White House and the Pentagon said the window on evacuations was closing ahead of Tuesday’s deadline for the withdrawal of U.S. troops. Psaki said to expect the number of evacuees to decline, and Pentagon spokesman John Kirby said his office would no longer release exact counts of the number of U.S. troops in Kabul out of security concerns.

President Biden blamed Thursday’s attack on militants from an offshoot of Islamic State and warned that the U.S. will “hunt” them down and make them “pay.”

Asked Friday if that meant Biden wants the culprits killed or merely captured, Psaki said, “He does not want them to live on the Earth anymore.”

Both the White House, after a briefing from top national security officials, and the Pentagon said another terrorist attack targeting the airport or U.S. forces was “likely,” based on “specific, credible” threats.

“The next few days of this mission will be the most dangerous period to date,” Psaki said.

The State Department said it expected to remove most of the last U.S. diplomats still in Kabul over the weekend and has not decided whether to recognize a Taliban government. Spokesman Ned Price said the Taliban leadership has asked the U.S. to maintain a diplomatic presence in Afghanistan, but the administration wants to see whether the Taliban keeps commitments to follow international rules on human rights, counter-terrorism and other issues. There are many doubts among Afghans and the international community that it will.

Price also said officials were in contact with about 500 U.S. citizens still in Afghanistan who want to leave. The U.S. military has already airlifted 5,100 Americans. “Several hundred” other U.S. citizens have not yet decided to leave or will remain, he said. Price also said the “vast majority” of Afghan staff members from the U.S. Embassy, who in recent days complained bitterly of being left behind, have now been located, airlifted out of Kabul or transported to the airport. He did not give numbers, but it is believed the total is around 700 people plus families.

Since the end of July, U.S. and NATO forces have airlifted more than 110,000 people out of Afghanistan, including 12,500 in the last 24 hours — fewer than in recent days — but thousands more Afghans are likely to be stranded. Many are desperate to leave because their affiliation with the U.S. or Western entities, or their championing of Western values such as women’s rights, put them in Taliban crosshairs.

Gen. Glen VanHerck, who heads U.S. Northern Command, said more than 7,000 Afghan refugees have moved into four U.S. military bases in Texas, Florida, Wisconsin and North Carolina for temporary resettlement. He said there is now room for 20,000 in barracks and tents, and housing was being added to eventually shelter 50,000. He said the military was providing healthcare, religious services, three halal meals a day and a 24-hour “culturally appropriate grab-and-go.”