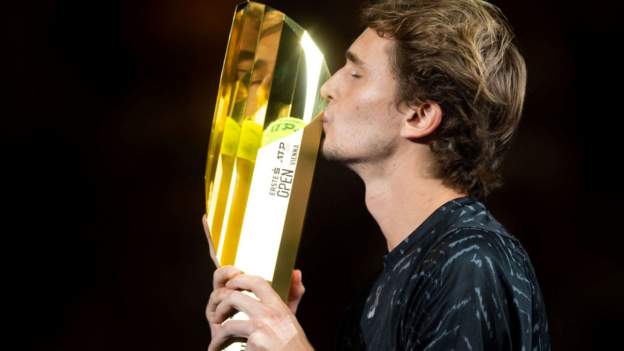 The pair traded breaks before Olympic champion Zverev broke at the end of the first set to lead.

He pressured Tiafoe throughout the second set, breaking to love to win.

Zverev has won all five finals he has contested this season, also winning titles in Acapulco, the Madrid and Cincinnati Masters, and Olympic gold in Tokyo, losing just two matches since the Wimbledon fourth round.

The German has already qualified for the ATP Tour Finals, which he won in 2018, to be held in Turin.

In early October, the ATP announced it was investigating claims that Zverev was violent towards a former girlfriend. He denies the allegations.

At her home tournament in Romania, former world number one Simona Halep lost to Estonia’s Anett Kontaveit 6-2 6-3, at the Transylvania Open.

The win, together with her Moscow title last week, secures a spot for Kontaveit at the WTA Finals to be held in Guadalajara, Mexico from on 10 November.

2021-10-31
Previous Post: Here to stay or gone in 30 years? Inside the fight over the future of the oil industry
Next Post: Covid vaccine rate ahead of Nov tourism reopening