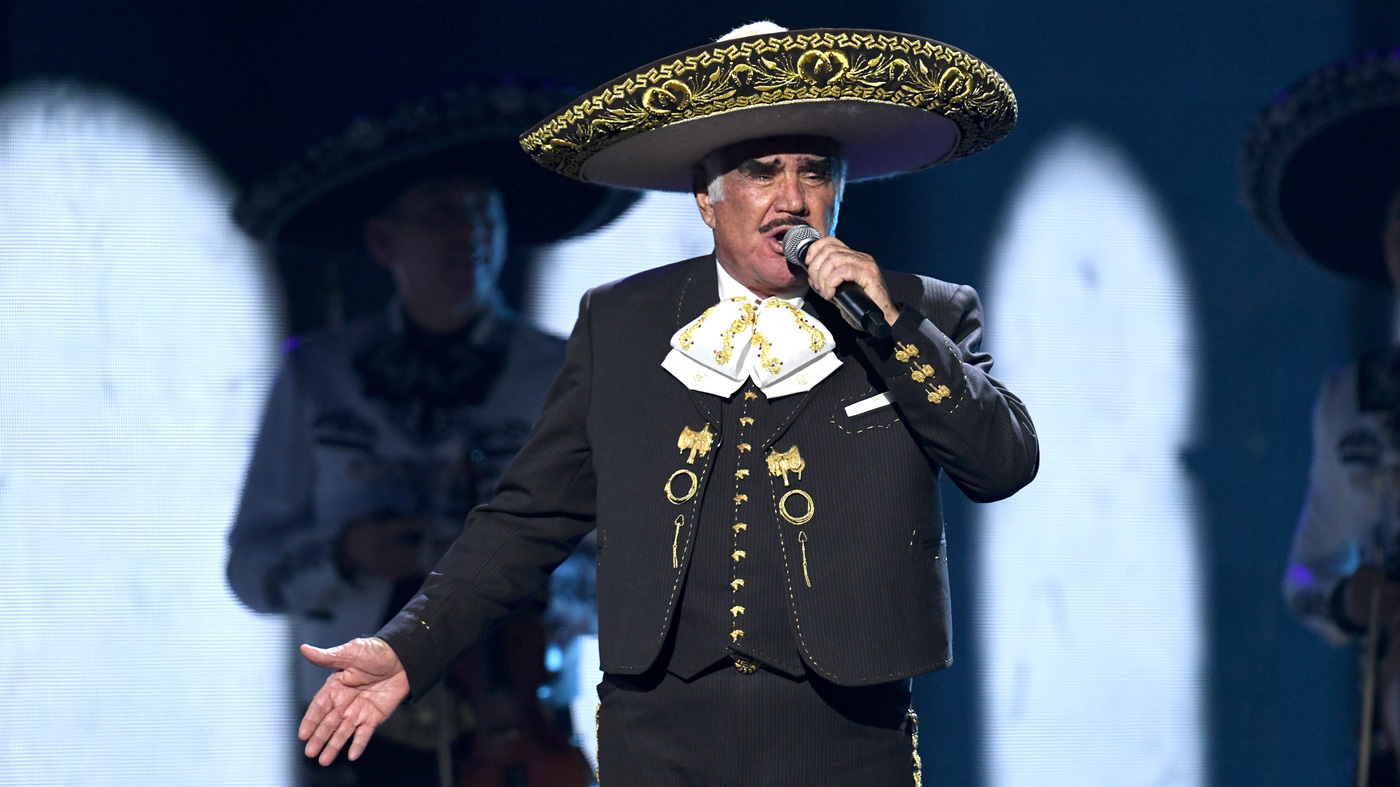 Vicente Fernández has died at 81 : NPR

Vicente Fernandez, an icon of traditional Mexican music, has died. He was 81. The announcement from his family did not give a cause of death, but the singer had been hospitalized since August, after a fall at his Guadalajara ranch in the central state of Jalisco required an emergency spinal surgery.

While in the hospital, he had also been diagnosed with Guillain–Barré syndrome, an autoimmune condition in which the immune system attacks the body’s nerves, his family had reported to media. Following months of steady improvement, his health had taken a turn for the worse in recent days.

Fernandez was largely considered the last living legend of the Mexican ranchera, the style of song deeply rooted in the values and traditions of rural Mexico. He sang about honor and courtship, cockfights and rodeos, love and heartbreak – all while dressed in the elegantly embroidered costume of the charro, Mexico’s chivalrous cowboy, and accompanied by a full mariachi ensemble.

Over a six-decade career, his voice became synonymous with Mexico itself. His velvety baritone was instantly recognizable, and his songs worked their way into the daily lives of Mexicans and lovers of Mexico the world over – the soundtrack to wedding parties and quinceañeras, baptisms, birthdays and funerals.

He was also the quintessential symbol of the Mexican macho. His thick mustache, dyed black long after his hair had turned white, was punctuation under the brim of his shoulder-wide sombreros. At concerts he wore a pistol on his hip, and he sang for hours, drenching himself in sweat. Just as it appeared he might be wrapping up, he’d take a swig of tequila, and sing some more.

“He would sing as long as people wanted him to sing,” said Leila Cobo, vice president at Billboard magazine. “And I think that commitment to his fans that said, ‘I’m yours for the taking,’ just had a huge impact.”

In many ways his image was a perfect fit for and a product of Mexico’s patriarchal culture. But Fernandez also dispensed with some of the expectations that Mexican culture places on its men – that they be walls of stoicism, suppressing emotion. His songs dripped with an uncommon vulnerability, and in many of them, he openly wept, gasping for breath as he drowned in the pain of a bitter heartbreak.

“He would sing these songs with so much pathos and so much emotion, that grown men would cry, and he would cry,” Cobo said. “Perhaps because he was such a macho man, he could cry. And that made him all the more iconic and legendary.”

Fernandez was born in 1940, in a small town in the central ranching state of Jalisco. As a boy his family moved to Tijuana, where he worked odd jobs – washing cars, digging ditches, shining shoes, and pouring the foundation for the homes in some of that city’s early suburbs.

He started singing in bars and restaurants at 19, and eventually made his way back to Guadalajara and Mexico City, where he convinced label executives to record his music. His first hit, in 1969, was “Tu Camino y el Mio,” a nostalgic ballad about an unrequited love.

Over the decades he’d have many more. He recorded dozens of albums that sold millions of copies, and won three Grammys.

But he always emphasized his humble origins, and felt an affinity with Mexico’s poor, working-class, and rural people. He performed in massive concert arenas as well as in bullrings and cockfight pits.

And he became an important icon for Mexican immigrants to the U.S. and around the world – who found that his music transported them to the ranches and towns they’d reluctantly left behind in search of opportunity abroad.

His longevity and popularity as a singer was remarkable, spanning generations, said Jose Anguiano, a professor in popular music at California State University, Los Angeles. His immense popularity even among young Mexicans and Mexican-Americans today, Anguiano said, owes in large part to the timelessness of his recordings, but also to the way Mexican families have relied on his music to constantly renew their pride in Mexico and in Mexican culture.

“He was singing not just to us but to our uncles, our parents, and our grandmothers as well,” Anguiano said. “So there’s this immense sense of loss for what he means to the culture.”