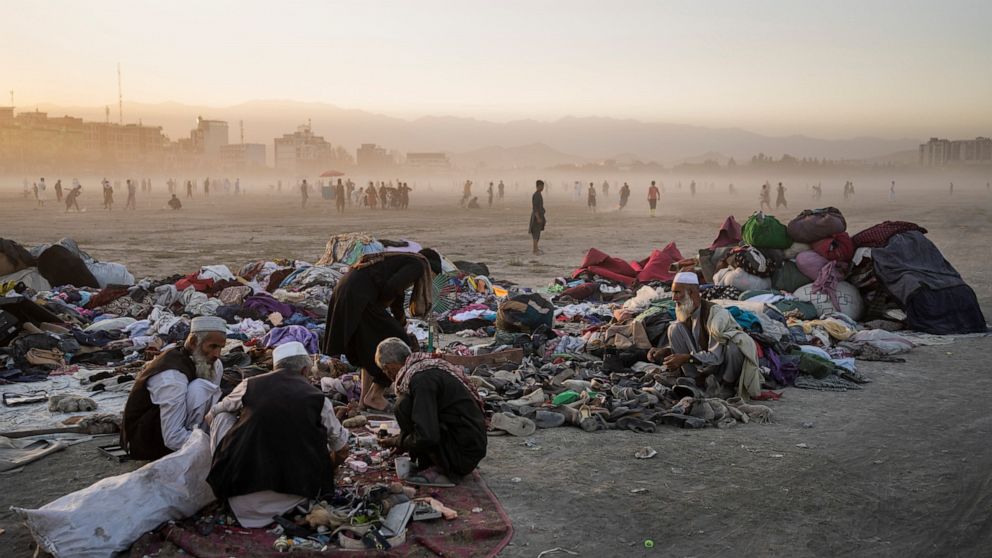 Washington’s peace envoy says a Qatar Airways flight has taken more Americans out of Afghanistan, the third such airlift by the Mideast carrier since the Taliban takeover and the U.S. troop pullout from the country

KABUL, Afghanistan — A Qatar Airways flight on Friday took more Americans out of Afghanistan, according to Washington’s peace envoy, the third such airlift by the Mideast carrier since the Taliban takeover and the frantic U.S. troop pullout from the country.

The development came amid rising concerns over the future of Afghanistan under the Taliban. The country’s new Islamic rulers on Friday ordered that boys but not girls from grades six to 12, and male teachers but no women teachers return to school and resume classes, starting Saturday.

The statement, posted on the Facebook page of the now Taliban-run education ministry, underscored fears that the Taliban might again impose restrictions on girls and women. Since taking power, the Taliban had allowed girls in grades one to six to resume classes. When they ruled Afghanistan previously in the late 1990s, the Taliban banned girls and women from attending school and work.

U.S. envoy Zalmay Khalilzad tweeted he was “grateful that more Americans were able to leave on a Qatar Airways flight.” There was no immediate information how many Americans were on the flight.

An Afghan official said more than 150 passengers were on the flight, though it was not immediately clear how many were Americans. In the past one week, more than 300 foreign nationals as well as U.S. green card holders and Afghans with special visas have left Afghanistan. The official spoke on condition of anonymity because he was not authorized to speak to the media.

He said more flights were expected on Saturday, including another Qatar Airways flight. It’s unclear how many American nationals are still in Afghanistan, but Khalilzad tweeted “we remain committed to get them out if they want to come home.”

U.S. State Department spokeswoman Jalina Porter confirmed that the plane departed Kabul on Friday and told reporters that officials were still trying to determine how many Americans, green card holders or holders of special immigrant visas for Afghans were on the flight heading to Doha, the Qatari capital.

Qatar Airways’ first flight out of Kabul with the cooperation of the Taliban was on Sept. 9, the first such large-scale departure since the U.S. forces withdrew on Aug. 30. There have been several chartered flights since, including by Pakistan International Airlines, to airlift foreigners and Afghans desperate to leave and fearing the Taliban, and a few commercial flights out of Kabul International Airport.

Porter said that in all, “between the charter flights and overland crossings, a total of 36 U.S. citizens” have left Afghanistan since the U.S. troop pullout.

The Taliban order for the boys and male teachers to return to junior high and high schools went against earlier promises by Afghanistan’s new rulers to guarantee girls equal access to education and harkened back to their past harsh rule. Since taking over, the Taliban have only allowed women back to work in the health sector and as teachers in grades one through five.

At a news conference last week, the Taliban minister for higher education, Abdul Baqi Haqqani, had said classes would be gender segregated but that girls would have the same access to education as boys.

Earlier this month, the Taliban declared their interim, all-male government — devoid of any women or members of the country’s minorities. The 33-member Cabinet is stacked with veterans of the Taliban’s hard-line rule from the 1990s and the 20-year battle against the U.S.-led coalition.

This is unlikely to win the Taliban the international support they desperately need to avoid an economic meltdown.

Associated Press writers Tameem Akhgar in Istanbul and Matthew Lee in Washington contributed to this report.