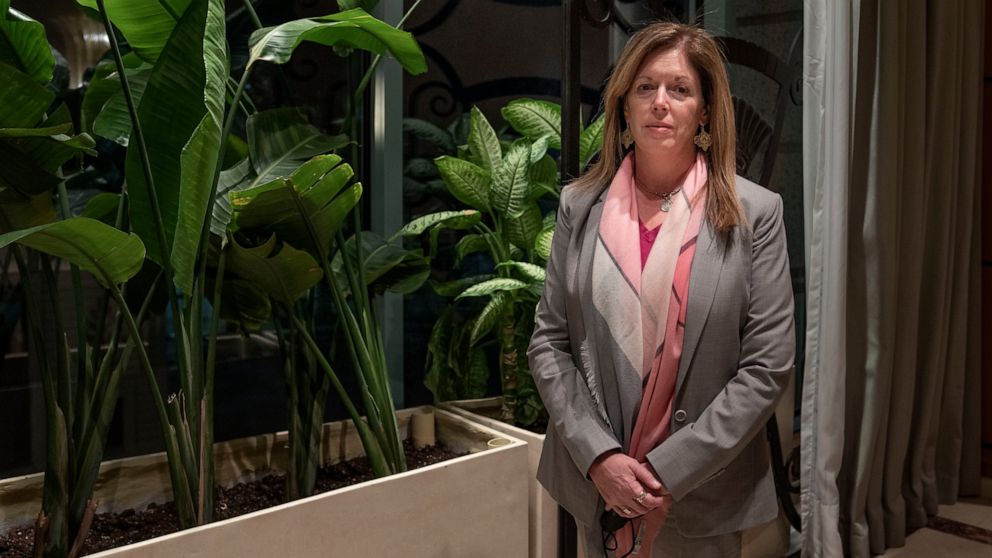 UN official: Libya elections could be rescheduled for June

CAIRO — A senior U.N. official said she is pushing for Libya to hold elections by June, after the county missed a December deadline to elect its first president since the 2011 ouster and killing of longtime dictator Moammar Gadhafi.

Stephanie Williams, the U.N. special adviser on Libya, told The Associated Press late Sunday that it is still “very reasonable and possible” for the country’s 2.8 million voters to cast their ballots by June, in line with the U.N.-brokered 2020 roadmap.

U.N. Secretary-General Antonio Guterres, in a report to the U.N. Security Council obtained Monday by The Associated Press, said it’s critical that all Libyan parties “focus on the holding of free, fair, inclusive and credible presidential and parliamentary elections as soon as possible.”

The will of the 2.8 million Libyans who have registered to vote “must be respected,” he said, and Libyan authorities and institutions “must now work together to address the fundamental issues that have resulted in the postponement and create the political and security conditions necessary for holding the presidential and parliamentary elections without delay.”

Libya failed to hold its first-ever presidential elections on Dec. 24 as scheduled, a major blow to international efforts to end a decade-long chaos in the oil-rich Mediterranean nation.

Williams, who led U.N. efforts to end the latest bout of violence in Libya in 2020, said elections are needed in the country to give credence to its institutions.

“All the institutions are suffering a crisis of legitimacy,” she said. “I don’t see any other exit for Libya other than a peaceful political process.”

The country plunged into turmoil after the NATO-backed 2011 uprising and split into rival governments — one in the east, backed by military commander Khalifa Hifter, and another, U.N.-supported administration in the capital of Tripoli, in the west. Each side is supported by a variety of militias and foreign powers.

In April 2019, Hifter and his forces, backed by Egypt and the United Arab Emirates, launched an offensive to try and capture Tripoli. His campaign collapsed after Turkey and Qatar stepped up their military support of the Tripoli government with hundreds of Turkish troops and thousands of Syrian mercenaries.

Mediated by the U.N., an October 2020 cease-fire led to the formation of a transitional government and scheduled elections for Dec. 24. But the vote faced steep challenges that eventually forced its postponement.

Williams urged lawmakers, who convened Monday in the eastern city of Tobruk, to agree on a “clear, time-bound process with a clear horizon and to not create an open-ended process.”

“They have to shoulder a great responsibility right now to respect the will of the Libyans who registered to vote,” she said. “Libyans want an end to this long period of transition that the country has experienced since the events of 2011.”

The missed election deadline came after bitter disputes over the laws governing the electoral process. Outbreaks of fighting among armed factions and the presence of thousands of foreign fighters and troops in the North African country also fed mistrust between the rival groups.

Controversial figures declaring runs for the presidency have further polarized the political scene in recent months. Among them are Hifter, Prime Minister Abdul Hamid Dbeibah and Seif al-Islam Gadhafi, the ousted dictator’s son and one-time heir apparent. Opponents of Hifter and Gadhafi have said they will never accept an election victory by them.

The country’s election commission did not name a final list of candidates for the presidential and parliamentary elections. Imad al-Sayeh, head the commission, told the parliament Monday that militias threatened to stop the electoral process if a final list was announced.

Al-Sayeh said the commission needs between six and eight months to prepare for elections, given the uphill challenges that led to the postponement of the Dec. 24 vote.

Aguila Saleh, the influential parliament speaker, said Monday that the house will set a road map in cooperating with the judiciary and the Interior Ministry so that the elections can be held. He did not give a timeframe. A legislative committee tasked with monitoring the electoral process is scheduled to submit a report on how to move forward later this month.

Williams said lawmakers and leaders in Tripoli should work out the disputes over election rules. She did not see the departure of foreign mercenaries as a “prerequisite for the elections,” saying that maintaining the cease-fire is the priority.

“There have been mercenaries in Libya since 1970s,” she said, adding later, “I don’t believe that that is a card that is necessary to play at this time.”

Williams also said all factions should accept the results no matter who wins. “The way to solve this is (allowing) the Libyan voters go to the ballot box and make their own choice,” she said. “Results need to be respected.”

Secretary-General Guterres also called on all Libyan parties “to respect the rights of their political opponents before, during and after the elections, to accept the results, to commit to the Code of Conduct prepared by the High National Election Commission, and to respect and support the independence and unity of the judiciary.”

He encouraged regional and international organizations to send observers to monitor the elections “to enhance the credibility and acceptance of the result of the ballot.”

The vote’s delay also threatens to open a power vacuum, and major Western players have urged for the transitional government to remain in power in Libya until the vote is held to avoid chaos and confusion.

Lawmakers have argued that the mandate of Dbeibah’s government ended on Dec. 24. Saleh, the parliament speaker and presidential hopeful, said that the transitional government “should be restructured.”

The U.N. adviser, who held talks with Turkish and Egyptian officials on Libya earlier this month, called on the parliament to focus on delivering the vote rather than appointing a new transitional administration.

“What Libyans have clearly said is that they want to go to the ballot box and choose their government, a democratically government representing the entire Libya,” she said.

Edith M. Lederer contributed to this report from the United Nations