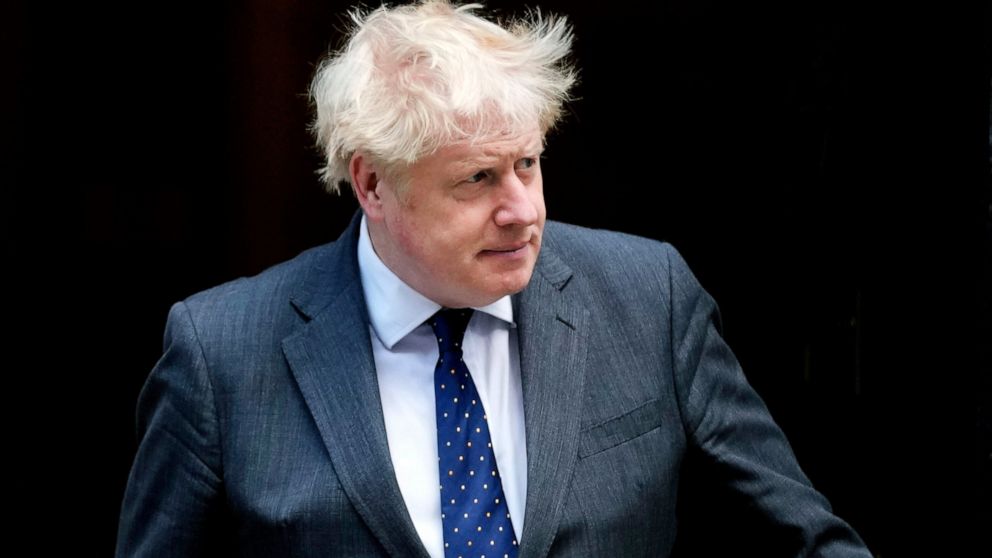 UK’s Johnson shakes up government with eye on early election

LONDON — British Prime Minister Boris Johnson was finishing a major shakeup of his government on Thursday, shuffling his team of middle-ranking and junior ministers after making big changes at the top.

Johnson appointed multiple women to ministerial jobs, a day after appointing Foreign Secretary Liz Truss — only the second time a woman has served as Britain’s top diplomat. Lawmakers Amanda Milling and Kemi Badenoch were named as junior ministers in Truss’s Foreign Office, while Penny Mordaunt got a job at the trade department.

The shuffle shows a Conservative government eager to move on from 18 months of pandemic disruption — and eyeing an early election. Britain is not scheduled to hold a general election until 2024, but the government changes suggest Johnson wants to go to voters at least a year sooner.

“This looks like the team that he wants to take into an election,” said Tim Bale, professor of politics at Queen Mary, University of London.

Raab’s replacement, Truss, is a former trade minister and favorite of the Conservative Party grassroots who has won praise for her work negotiating trade deals with Australia and Japan since Britain left the European Union last year. New Education Secretary Nadhim Zahawi was recently vaccines minister, responsible for inoculating the country against the coronavirus. Both have reputations for getting things done.

Johnson also moved one of the most experienced and ambitious ministers, Michael Gove, to oversee the Department for Housing, Communities and Local Government. The department is key to Johnson’s promise to “level up” the U.K., spreading prosperity beyond the wealthy south that is the traditional Conservative heartland.

That promise helped Johnson secure a big election victory in 2019 by winning votes in Labour Party-dominated parts of the north of England. Now, he has to show he can deliver.

“Michael Gove’s appointment suggests there really is an anxiety on the part of the government to make levelling up more than merely rhetoric,” Bale said. “He’s gone to a ministry that doesn’t traditionally get a big hitter, and he’s certainly that.”

Another sign Johnson has his eye on an early election is the choice of lawmaker Nadine Dorries to head the Department for Culture, Media and Sport. A populist right-winger, Dorries has criticized “left wing snowflakes,” and in 2012 was suspended by the Conservative Party for taking time out from her job as a lawmaker to fly to Australia and appear on the reality TV show “I’m a Celebrity … Get Me Out of Here.”

The appointment suggests Johnson intends to continue the populist tactic of pushing divisive “culture war” buttons over issues such as Britain’s imperial history.

“It’s achieved its purpose,” he said. “It’s got the liberal left enraged and it’s sent a message to the populist right that the Conservative Party is still on their side and the ‘war on woke’ is a forever war.”

2022-06-26
Previous Post: South African police are investigating the deaths of at least 20 at a nightclub : NPR
Next Post: Threat of volcanic eruption puts Spanish island on alert