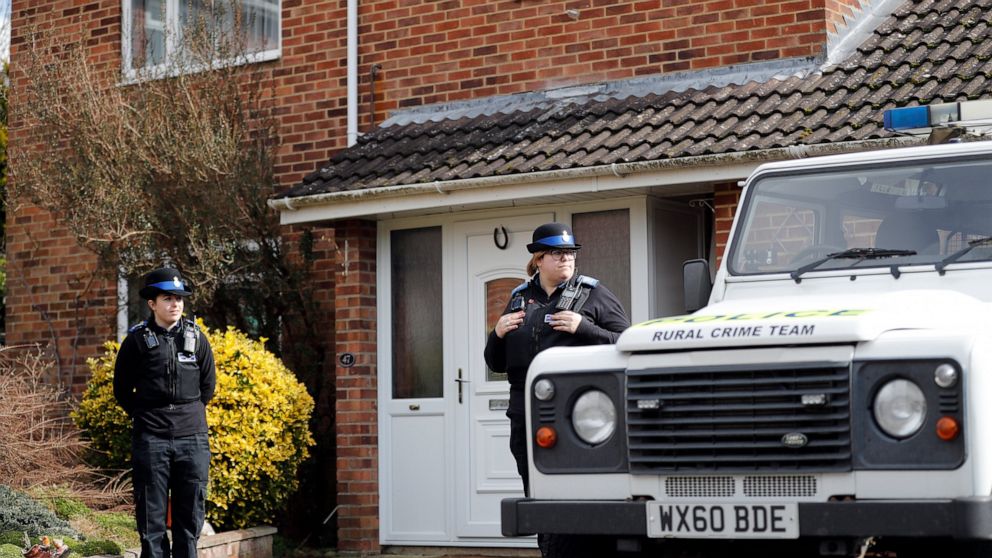 LONDON — British police said Tuesday they are charging a third Russian suspect in the 2018 nerve agent attack on a former Russian agent in England.

Former Russian spy Sergei Skripal and his daughter, Yulia, were targeted in a nerve agent attack in March 2018 in Salisbury, England, that British authorities said had almost certainly approved been “at a senior level of the Russian state.” Moscow has vehemently denied the allegations.

The Skripals survived, but the attack later claimed the life of a British woman and left a man seriously ill.

Police previously charged two other Russian military intelligence agents, known by their aliases Alexander Petrov and Ruslan Boshirov, saying they traveled to the U.K. for the poisoning operation. Russian President Vladimir Putin has claimed the suspects were civilians, and the two suspects appeared on Russian television claiming they had visited Salisbury as tourists.

Police said Tuesday they have evidence that the third suspect, “Sergey Fedotov” is an alias for Denis Sergeev, a member of the Russian military intelligence service known as the GRU.

Arrest warrants have been issued for all three men. Police said they will apply for Interpol notices for Fedotov on Tuesday.

Police said the three suspects had previously worked together for the GRU “as part of operations outside of Russia.”

Deputy Assistant Commissioner Dean Haydon, who has been leading the investigation, said the case has been one of the most complex ever undertaken by the counter-terror team. He appealed for anyone who had seen the three men in the U.K. in March 2018 to come forward.

“Whilst public attention gradually moved away from what happened in Salisbury and Amesbury, the investigation team has remained absolutely focused, meticulously poring over the evidence and building our case,” he said in a statement.

Skripal, a Russian military intelligence officer turned double agent for Britain, and his daughter Yulia, who was visiting him, spent weeks in critical condition after the attack. Three months later, two local residents who apparently came across a discarded vial that contained the nerve agent fell ill. One recovered, but the other died.

The case ignited a diplomatic confrontation in which hundreds of envoys were expelled by both Russia and Western nations.