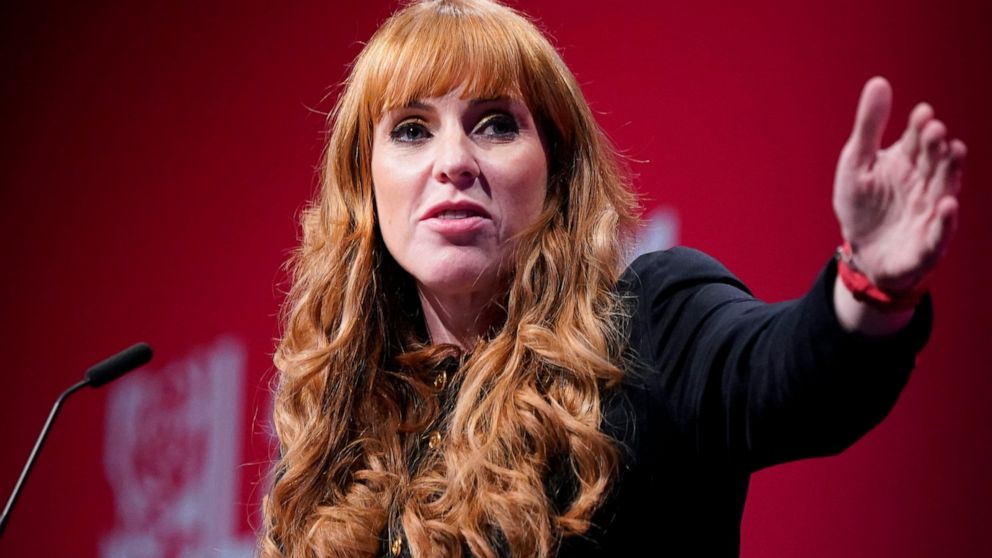 The deputy leader of Britain’s main opposition party is refusing to apologize for calling the governing Conservatives “scum.”

Labour Party lawmaker Angela Rayner called members of the government a “bunch of scum — homophobic, racist, misogynistic” during a reception Saturday at the party’s annual conference. The comment drew a reprimand from Labour leader Keir Starmer, who said he would not use such language and “will talk to Angela about it later on.”

Conservative Party chairman Oliver Dowden said politicians should “make politics better, not drag it into the gutter. Let’s see if we get an apology.”

“Anyone who leaves children hungry during a pandemic and can give billions of pounds to their mates on WhatsApp, I think that was pretty scummy,” she told Sky News, referring to controversies over support for poor families and the awarding of government contracts during the pandemic.

Rayner said she would only apologize if Johnson said ‘Sorry’ for his past comments “that are homophobic, that are racist, that are misogynistic.”

The left-of-center Labour Party is holding its annual convention in the English seaside city of Brighton, seeking to chart a way back to power after more than a decade in opposition.

Starmer was elected party leader in April 2020, replacing the more left-wing Jeremy Corbyn, who had led Labour to two heavy election defeats. A lawyer from the party’s center-left wing, Starmer has struggled to make an impact while the country’s attention was consumed by the coronavirus pandemic.

He’s now caught between two wings of the fractious party. Corbyn supporters want him to stick to his predecessor’s socialist policies of nationalization and spending hikes. But many Labour lawmakers think the party must veer to the center to win, as it did under former Prime Minister Tony Blair, who won three successive election victories.

Labour has been out of office since 2010, a decade that has brought the country three Conservative prime ministers — David Cameron, Theresa May and Johnson.

Starmer’s conference speech on Wednesday is regarded as a key moment for the leader to unite the party — or face increasingly loud calls for his removal.