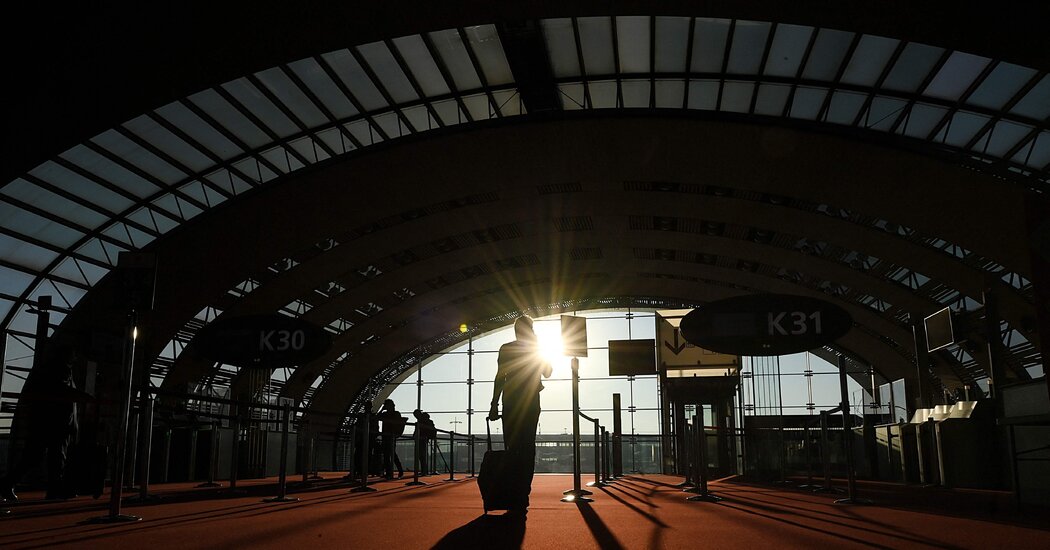 “We must solve this problem as soon as possible,” Ursula von der Leyen, the president of the European Commission, said in unusually blunt remarks in August. “This cannot drag on for weeks.”

It dragged on for months.

Eirini Linardaki, a French-Greek visual artist who was flying to New York on Monday to be reunited with her partner, said she had felt injustice over the summer as she saw planes from the United States landing in Paris. “The idea that we couldn’t visit our loved one in the country they are, we as Europeans were not familiar with that,” she said about prepandemic travel.

Ms. Linardaki, 45, is still not taking anything for granted: “I keep wondering, is this real?”

Even with the borders set to reopen, some Europeans are still trying to comprehend what they have been through, said Edward Alden, a senior fellow at the Council on Foreign Relations who specializes in immigration and trade. “This has separated lots of couples and families, and went on much longer than most people thought it would,” he said, “so there has been enormous frustration.”

In recent months, Mr. Alden said, some European leaders have grown frustrated with the Biden administration over issues like the haphazard withdrawal from Afghanistan. Then came a diplomatic crisis with France, which reacted with fury after Australia canceled its submarine deal in favor of an agreement with the United States and Britain.

Lifting the travel ban was one step toward the larger goal of easing tensions. “It was a bone that Biden could throw to the Europeans,” Mr. Alden said. Another, he said, was the deal recently announced to roll back the tariffs on steel and aluminum that had been imposed during the Trump administration.

As travelers prepared to fly to the United States this week, many reported mixed emotions.

“More stressed than excited,” said Line Laumann, a 23-year-old from Denmark who flew to Denver on Monday to be reunited with her boyfriend. “We were let down so many times.” The wait at the Frankfurt airport, where she had a layover, was painless, Ms. Laumann said — “as long as you have all the right paperwork.”