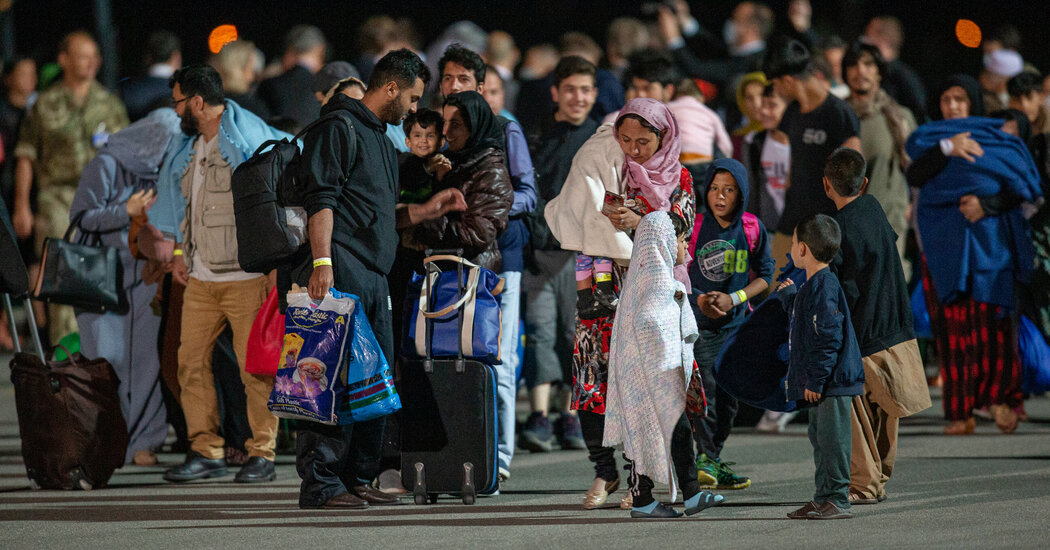 U.S. Struggles With Afghan Evacuees Weeded Out, and Now in Limbo

But the United States took them to military bases in Persian Gulf countries and Europe for scrutiny. At these transit zones, known as “lily pads,” teams drawn from Customs and Border Protection, the Federal Bureau of Investigation, the National Counterterrorism Center and intelligence agencies interviewed the Afghans and took their biometric and biographical information.

Hundreds of analysts and agents were dispatched to work at the transit sites, officials said. Others contributed from the United States, working through the weekends and sharing information in secure videoconference calls.

Some of the evacuees had already applied for special immigrant visas, while others were newly enrolled for processing when they landed at the overseas bases. The screeners took their fingerprints, photographs, names, dates of birth, previous addresses, and any phone or passport numbers, and ran them through law enforcement, military and intelligence databases.

Some cases that initially raised red flags were cleared within hours, officials said. They included evacuees whose names were in a database of known or suspected terrorists but who turned out to be different people.

Harder cases are said to have included instances in which database queries showed that someone using a phone number associated with an evacuee had called suspicious people, or that the evacuee had once been denied access to an American installation. Such database hits may not always provide context, requiring further digging and discussion.

Officially, it is the Homeland Security Department that decides whether to allow particular evacuees into the United States because the legal authority to grant someone “humanitarian parole” resides with its secretary, Alejandro Mayorkas. But as a matter of informal practice, the officials said, recommendations have required interagency consensus.

The executive branch and its sprawling security bureaucracy wield sweeping power to decide whether to admit a foreigner into the country. Under American law, noncitizens abroad have little recourse if officials reject them.