U.S. coronavirus cases may be double the official tally

By: Amina Khan
In: Uncategorized
With: 0 Comments 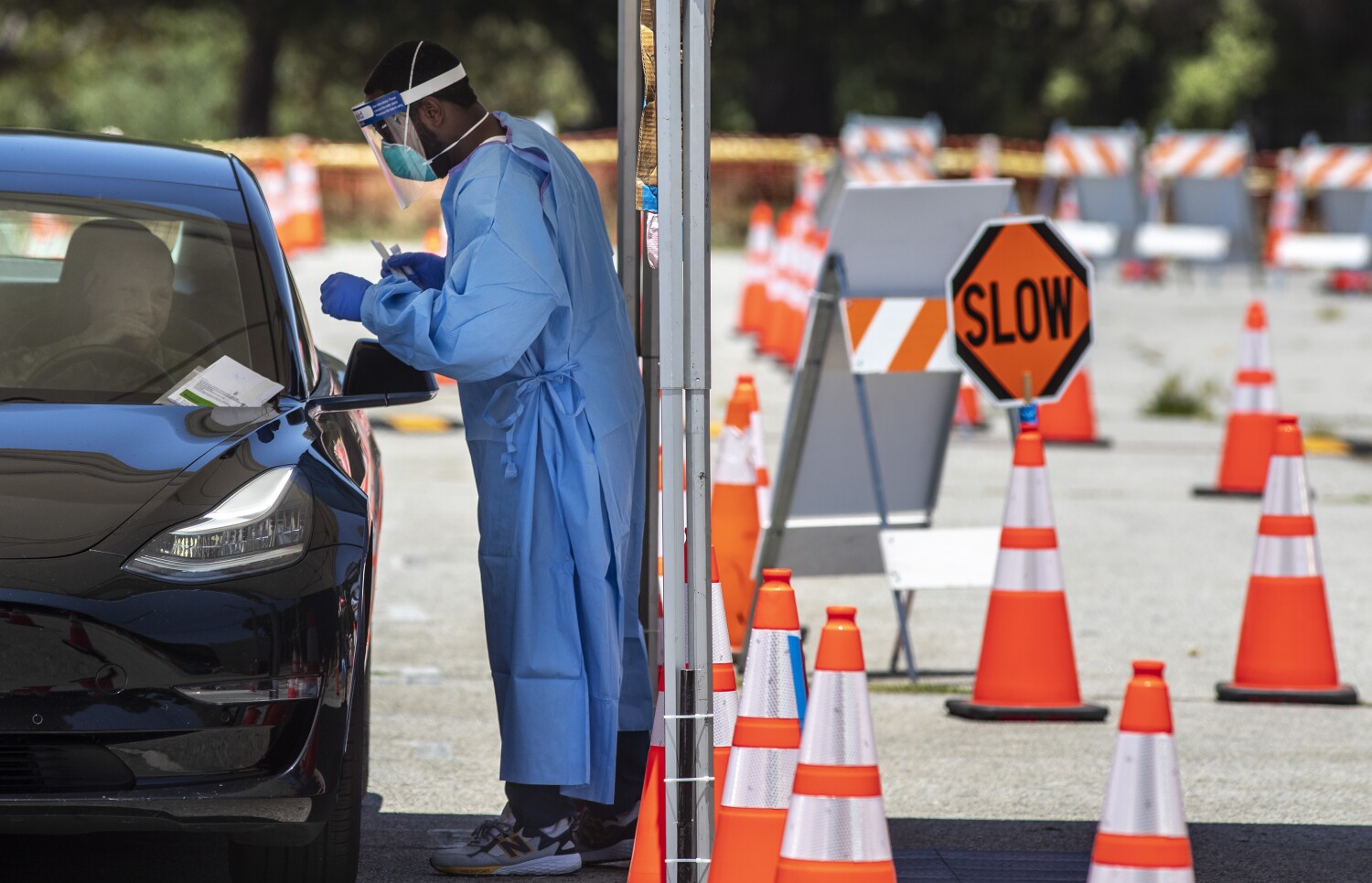 By early March 2021, roughly 65 million people in the U.S. — or one out of every five people — had been infected by the coronavirus that causes COVID-19, a new analysis shows.

The findings, described in the Proceedings of the National Academy of Sciences, suggest that roughly 60% of coronavirus infections had gone uncounted at that point — adding to a growing body of evidence that the pandemic’s true toll is far greater than official tallies show.

“It’s good to see people start estimating how far we potentially could be off,” said Jennifer Nuzzo, an epidemiologist at the Johns Hopkins Center for Health Security, who was not involved in the study.

Scientists have long been aware that the official coronavirus numbers don’t capture the full story. One study that looked at life insurance applicants suggested the number of cases might have been twice as high as the official tally; another model suggested that deaths worldwide were roughly double the reported count.

But each of these estimates was limited by the data available to them. That’s a common theme for pandemic modelers: Among three of the most well-known coronavirus data sources, each comes with a distinct disadvantage.

Going by the number of confirmed cases underestimates the actual number of infections, because not everyone who was infected was tested or diagnosed. The test positivity rate, meanwhile, tends to overestimate the true prevalence.

“You were … much more likely to get tested if you had the disease than if you didn’t,” said Nicholas Irons, a PhD student in statistics at the University of Washington in Seattle and lead author of the new study.

The number of deaths may help researchers work backward to total infections, but they happen weeks after infections take place and don’t offer much real-time insight.

There is one potentially unbiased source: representative prevalence surveys in which a random group of people are selected for coronavirus testing.

Irons and his colleagues looked at data from two random testing surveys conducted in Indiana and Ohio and used those numbers to calibrate a model they built using less-perfect data sources: deaths, number of confirmed cases, and number of tests performed.

The researchers found that, by early March, only 1 out of every 2.3 infections in the U.S. had been confirmed via testing — meaning that well over half of coronavirus infections in the country have gone unreported. They determined that about 19.7% of the population — roughly 65 million people — had been infected.

“This suggests that the United States was far from reaching herd immunity and that it was unlikely to do so from infections alone in the short term while state and local governments continued to implement lockdowns and other mitigations,” the study authors wrote.

The findings also show the value of putting in the effort to conduct random-testing efforts, Irons said.

There’s a lot “it can tell you about the state of the pandemic at the time that it’s happening,” he said, which “allows you to make better decisions — and hopefully to prevent further infection and death.”

The study also makes clear that it’s not yet time for public health experts, or the public, to let their guard down.

“I think what the researchers … ultimately did with this [was] say, ‘Listen, this isn’t over. We still have a long way to go, and a whole lot more people could get sick and die before it’s done,’” Nuzzo said.

2022-01-03
Previous Post: Koreas restore communication channels, agree to improve ties
Next Post: What to look at on Monday: ‘Roswell New Mexico’ returns at the CW