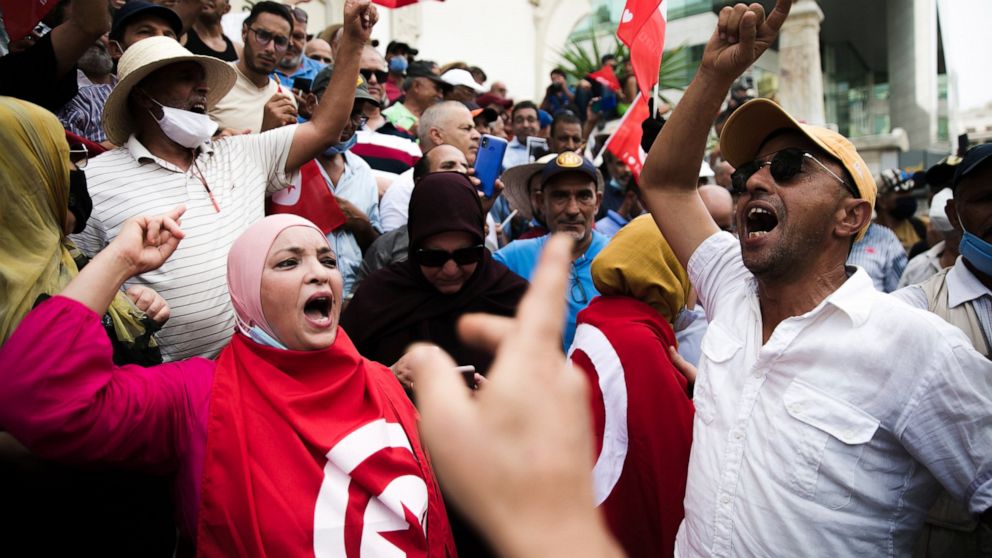 TUNIS, Tunisia — Tunisia’s president has announced plans to draft a new electoral code and appoint a transitional leadership — and to hang on to the exceptional powers that he seized in July, throwing the country’s young democracy into question.

In a speech Monday night, President Kais Saied promised that the new initiatives would respect Tunisians’ hard-fought rights and freedoms and democratic constitution.

Saied’s actions have sidelined Tunisia’s long-governing Islamist party, which accuses him of a coup, and worried Islamist groups around the region. While many Tunisians welcome his moves, human rights groups and some others are concerned about the future of the only country to emerge from the turbulent Arab Spring uprisings with a new democratic system.

Saied spoke to supporters in the impoverished town of Sidi Bouzid, the birthplace of the Arab Spring, where many people are disillusioned with the country’s failure to solve economic and social problems since overthrowing its repressive leaders a decade ago.

He defended his July 25 decision to suspend parliament, fire the prime minister and seize executive powers, which he said was needed to save the country amid unrest over financial troubles and the government’s handling of Tunisia’s coronavirus crisis.

He invoked a special constitutional article allowing such measures in the event of imminent danger to the nation, and said they would be in place for 30 days. But they have been extended until further notice.

“Danger still hangs over the country and I cannot leave it like a puppet in the hands of those who act in the shadows, and of corrupt people,” Saied said Monday. He accused unidentified players of “conspiring to cause chaos and confusion” in Tunisia, and said, “There is no question of going back.”

He promised a new electoral code to hold lawmakers more accountable to constituents, and transitional arrangements to run the country before he names a new prime minister. He did not detail them.

Several lawmakers and prominent figures have been jailed since his power grab.

In the face of criticism from international human rights groups, he insisted that “rights and freedoms will be respected,” and that no one is being jailed for political views.

The North African nation was widely seen as a model for budding democracies but has failed to cure chronic unemployment and other social ills, especially in neglected provinces.