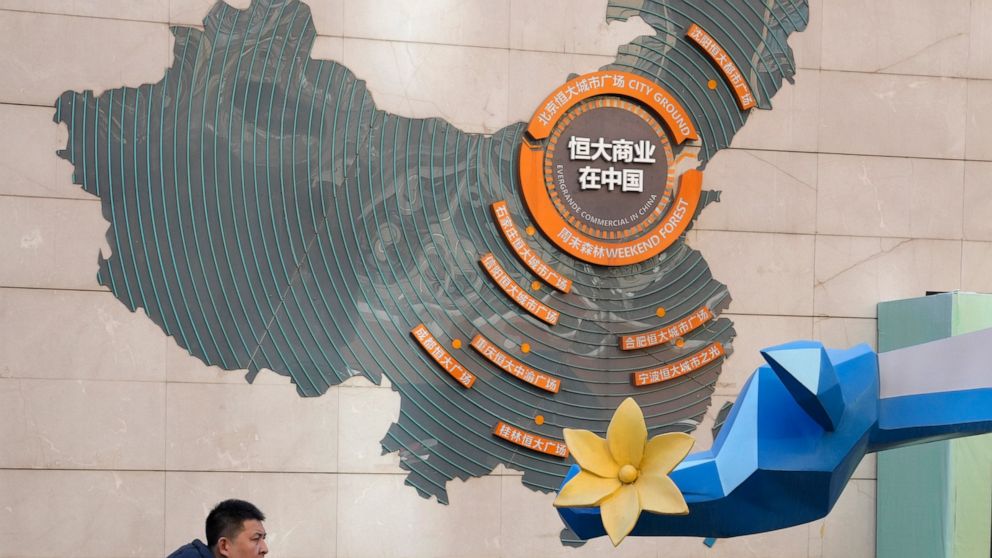 BEIJING — A troubled Chinese real estate developer that is struggling with $310 billion in debt announced Tuesday it has been ordered to demolish a 39-building resort complex in a new blow to its finances.

Evergrande Group gave no explanation, but news reports said the government of Danzhou, a city on the southern island province of Hainan, found it was improperly built and violated urban planning law.

Evergrande’s struggle to comply with tighter official restrictions on use of borrowed money by China’s real estate industry have prompted fears of a possible default and financial crisis. Chinese regulators have tried to reassure investors that any potential impact on financial markets can be contained.

Economists say Beijing can keep Chinese lending markets functioning normally in the event of an Evergrande default, which looks increasingly likely. However, they say Chinese leaders want to avoid sending the wrong signal by arranging a bailout at a time when they are trying to force companies to reduce surging debt levels.

Evergrande asked Monday for trading of its shares in Hong Kong to be suspended. Trading resumed following Tuesday’s announcement, gaining 7.6%.

The company gave no indication of the possible loss from the demolition of the buildings on Ocean Flower Island. It said other buildings on the island weren’t affected by the order.

Evergrande, the global real estate industry’s most-heavily-indebted developer, warned last month it might run out of cash to keep up with debt payments and other obligations.

The company says it has 2.3 trillion yuan ($350 billion) in assets and 2 trillion yuan ($310 billion in debt), but it has struggled to sell assets fast enough to keep up payments to bondholders. Construction of some projects was temporarily suspended after contractors complained they weren’t being paid.

Beijing tightened restrictions on developers last year in a campaign to rein in surging corporate debt that is seen as a threat to economic stability. The ruling Communist Party has made reducing financial risk a priority since 2018.

The Danzhou government’s order said Evergrande’s project violated a national urban planning law. It said the government will organize demolition if the company fails to act.

The Hainan government ordered an investigation last year of Ocean Flower Island, a complex of hotels, an amusement park and other facilities, according to news reports. They said some building permissions were revoked and fines of 215 million yuan ($34 million) were imposed for planning and construction violations.

2022-01-04
Previous Post: Let’s talk about our favorites in science fiction and fantasy – ENTERTAINMENT & ARTS NEWS – ZM NEWS CORPORATION
Next Post: How climate change is making parts of the world too hot and humid for humans