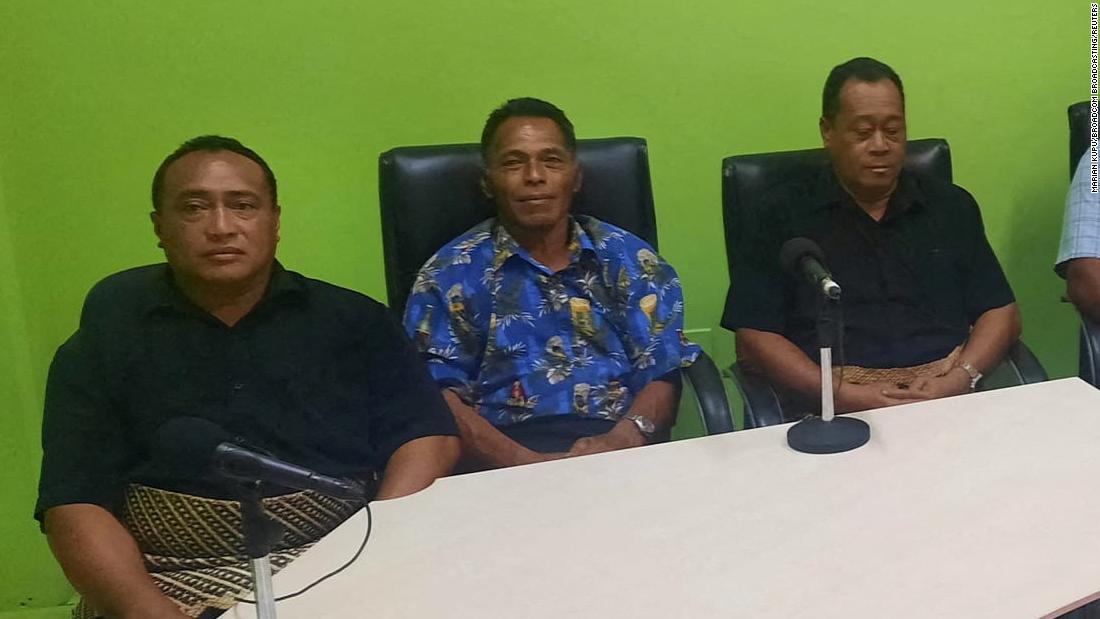 “On the eighth time I thought, the next time I go underwater that’s it, because my arms were the only things that were keeping me above water,” Lisala Folau, who is disabled and cannot walk properly, told Reuters from Tonga’s capital, Nuku’alofa.

“So the ninth time I went under and came up and grabbed a log. And that’s what kept me going.”

Folau, who lived on the isolated island of Atata, with a population of about 60 people, was swept out to sea on Saturday evening.

He had climbed a tree to escape a first wave but when he got down, another big wave swept him out.

“I could hear my son calling from land but I didn’t want to answer my son because I didn’t want him to swim out to find me,” said Folau.

“The waves kept twirling around here and there … What came to mind is, at sea there is life and death. Until you reach the shore, then you know if you are alive or dead.”

Folau said he slowly managed to swim 7.5 kilometers (4.7 miles) to the main island of Tongatapu, reaching the shore 27 hours later on Sunday night.

His heroics have gone viral on social media, with one Facebook post calling him a “real life Aquaman”, referring to the comic book and film character.

When asked if he knew who Aquaman was, Folau said he didn’t yet.

Reuters was unable to independently verify the events.

Atata, about 8 kilometers (4.9 miles) northwest of Nuku’alofa, or a 30-minute boat ride, has been almost entirely destroyed in the tsunami that hit the islands.