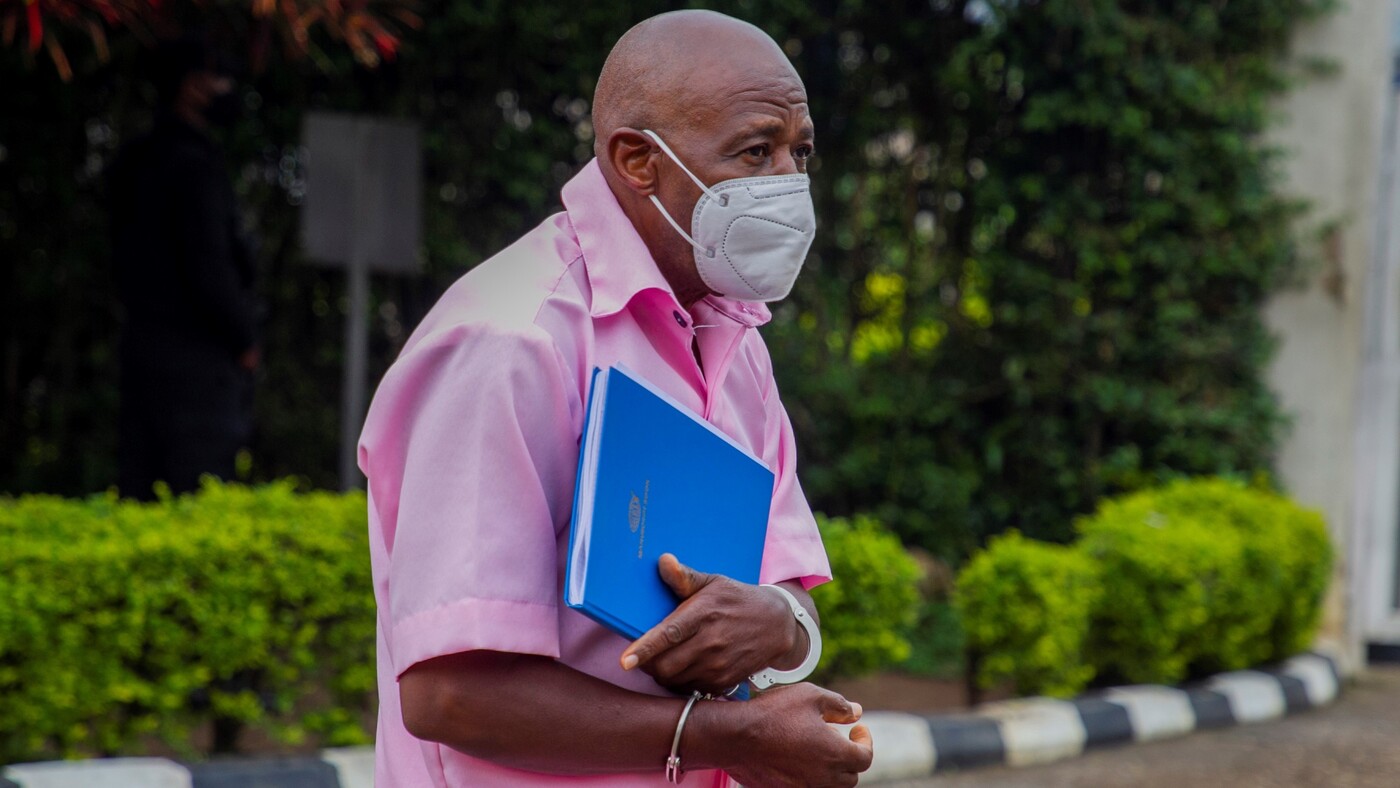 The Man Whose Heroism Inspired ‘Hotel Rwanda’ Is Convicted On Terrorism Charges : NPR

Paul Rusesabagina has been convicted on terrorism charges in Rwanda, after a trial that he and his family say was unfair and politically motivated. He’s seen here arriving at a court in Kigali in February.

Paul Rusesabagina has been convicted on terrorism charges in Rwanda, after a trial that he and his family say was unfair and politically motivated. He’s seen here arriving at a court in Kigali in February.

A court in Rwanda has convicted Paul Rusesabagina, whose heroism inspired the film Hotel Rwanda, on terrorism charges, related to a group he supports. Rusesabagina is a prominent opposition activist, calling for democracy in Rwanda.

Rusesabagina has been a vocal critic of President Paul Kagame, who has now led Rwanda for more than 20 years. His arrest followed his calls for change — and his support for a group that is affiliated with a rebel group accused of carrying out violence.

The court’s finding comes after Rusesabagina withdrew from his trial in March, saying the proceedings were unfair and would not bring justice. Authorities deported his main attorney, Vincent Lurquin, earlier this year. Lurquin, who is Belgian, told the media that he hadn’t been allowed to see his client.

The activist was arrested in 2020

Rusesabagina was arrested under circumstances that have been described as both a kidnapping and a trick: He had been living abroad, aware of the reprisals he would likely face in Rwanda. But when he got on the plane that took him to Rwanda, he had apparently been told that he was going to Burundi, at the invitation of a pastor.

Rwandan authorities have been holding Rusesabagina in custody since his arrest. He initially appeared at trial wearing a pink prison uniform.

Prosecutors are seeking a life prison term for Rusesabagina, according to the state-run Rwanda Broadcasting Agency.

Rusesabagina, 67, is of Hutu and Tutsi descent. In 1994, with the Rwandan genocide putting all Tutsis under threat, Rusesabagina used his position as the manager of the Hotel des Mille Collines to help more than 1,200 Tutsis and others survive. His actions were turned into a film, with Don Cheadle portraying Rusesabagina.

Rusesabagina has embarked on international speaking tours since his story became well-known. And as his profile rose, he also increasingly spoke out against Kagame’s regime.

As journalist Anjan Sundaram told NPR last year, “in general, any opposition to President Kagame has almost been like a death sentence for most politicians or opposition candidates. Many of them have ended up dead, in prison, sometimes beheaded.”

Rusesabagina has Belgian citizenship — which he has sought to invoke as another reason his forced return and trial in Rwanda is improper. Before his arrest, he and his family were living in the U.S.

2022-07-18
Previous Post: The Unraveling of an Award-Winning Documentary
Next Post: A Harsh New Reality for Afghan Women and Girls in Taliban-Run Schools