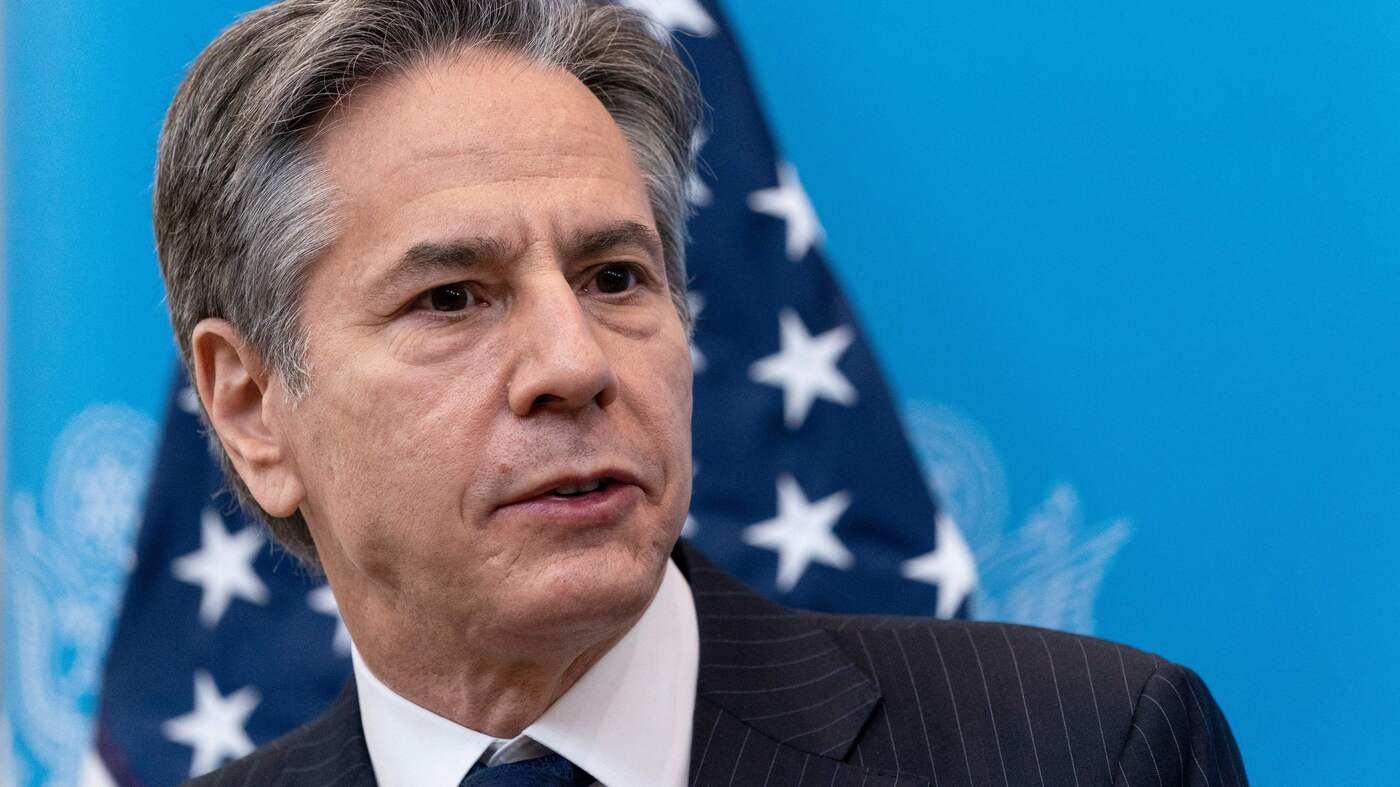 Secretary of State Antony Blinken speaks as he greets embassy staff at the U.S. Embassy in Kyiv on Jan. 19. The State Department is ordering family members of embassy staff to leave.

Secretary of State Antony Blinken speaks as he greets embassy staff at the U.S. Embassy in Kyiv on Jan. 19. The State Department is ordering family members of embassy staff to leave.

The State Department ordered the family members of staff at the U.S. Embassy in Kyiv, Ukraine, to leave the country, as fears of a Russian invasion of Ukraine grow.

The department is also allowing the departure of nonessential embassy employees, it said in an updated travel advisory issued on Sunday evening.

Russia currently has more than 100,000 troops stationed near the Ukrainian border.

In a briefing call, senior State Department officials did not specify any reasons behind the timing of the new travel advisory, but repeatedly emphasized the Biden administration’s comments last week that a Russian invasion could happen at any moment.

The department would not say how many Americans or embassy staff are in Ukraine.

“There are reports Russia is planning significant military action against Ukraine,” the advisory read. “The security conditions, particularly along Ukraine’s borders, in Russia-occupied Crimea, and in Russia-controlled eastern Ukraine, are unpredictable and can deteriorate with little notice.”

Any Russian military action in Ukraine, the department said, would severely impact the embassy’s ability to assist U.S. citizens in departing the country as well as other consular services.

A senior U.S. official said on Sunday that the U.S. is conducting the drawdown “out of an abundance of caution,” and that Russian President Vladimir Putin’s intentions remain unknown.

The travel advisory comes a day after the U.K. said it had intelligence that Russia was plotting to install a pro-Kremlin leader in Ukraine.

Russia denies it is planning to invade Ukraine.

The news also follows Secretary of State Antony Blinken’s meeting with Russian Foreign Minister Sergey Lavrov on Friday in which they failed to come to a diplomatic agreement on the Ukraine crisis, but left the door open to continue talks.