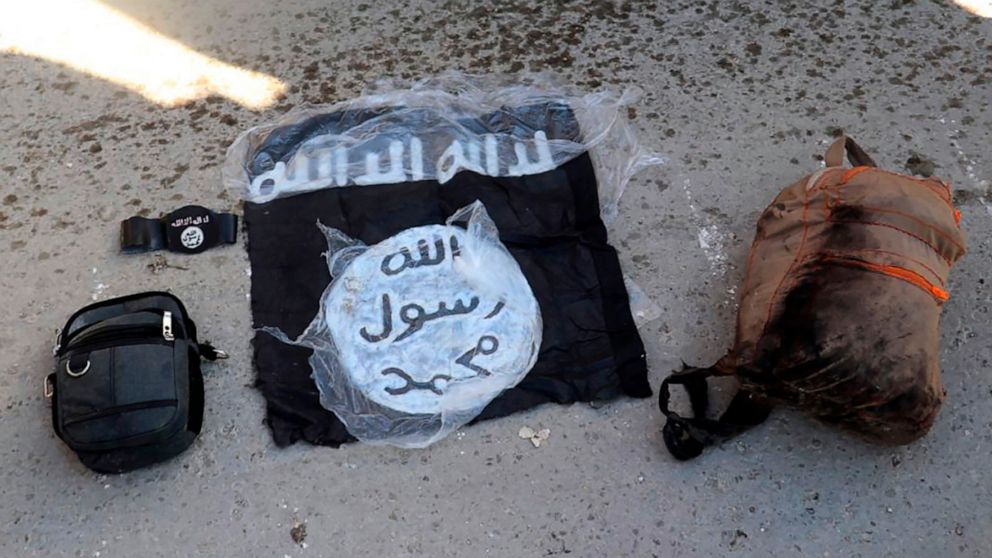 BEIRUT — Clashes between U.S.-backed Syrian Kurdish fighters and militants continued for a fourth day Sunday near a prison in northeastern Syria that houses thousands of members of the Islamic State group, the Kurdish force said.

The standoff follows a bold assault by the extremists that breached the premises of Gweiran Prison, allowed an unknown number of militants to escape and hold hostages. At least 27 U.S.-backed fighters of the Kurdish-led force were killed.

The U.S-led coalition said the Kurdish-led forces, with its assistance in the form of surveillance, intelligence and airstrikes, had contained the threat.

But several dozen militants remained holed up in one wing of the prison, to the north and in adjacent buildings.

More than 3,000 suspected IS militants, including over 600 minors, are held in Gweiran, the largest of a dozen detention facilities in Syria housing militants.

The militants were using hundreds of minors held in the same facility as human shields, preventing a final assault, a spokesman for the Kurdish forces, Farhad Shami, said.

The U.N. Children agency, UNICEF, called for the release of the detained children, warning that violence may spread to other prisons or in camps holding families and children of suspected IS members in Syria.

“While it is militarily defeated, Daesh remains an existential threat to the region,” said Maj. Gen. John Brennan, commander of the Combined Joint Task Force-Operation Inherent Resolve, using the Arabic acronym for IS. “Due to its severely degraded capability, Daesh’s future survival is dependent on its ability to refill its ranks through poorly-conceived attempts” like the prison attack.

The coalition said the IS militants seized arms from prison guards before murdering them and attempted to destroy a new, more secure facility under construction next to the Gweiran prison.

Siamand Ali, another spokesman for the Kurdish-led Syrian Democratic Forces, said IS militants attempted two attacks Sunday on the prison, also known as al-Sinaa prison. One attack was from militants holed up nearby and another from outside the city of Hassakeh, where the prison is located. Both were foiled, Ali said.

Between 150 and 200 militants were believed holed up in the northern wing of the prison and adjacent residential area, including Zuhour neighborhood which was cordoned off by security forces, Ali added.

Late Sunday, the Kurdish-led administration announced a weeklong nightly curfew would start Monday, between 6 p.m. and 6 a.m. Ali called it a precautionary measure to prevent IS militants from sending reinforcements to those holed up in and around the prison.

The violence has driven hundreds of civilians out of the city seeking safety.

Earlier Sunday, a Hassakeh resident said warplanes from the U.S.-led coalition flew over the prison breaking the sound barrier. The resident, who spoke on condition of anonymity for fear of retribution, said the U.S.-backed Kurdish forces were heard calling on IS militants in the prison and in surrounding buildings to turn themselves in. A war monitor, the Britain-based Syrian Observatory for Human Rights, said helicopters threw fliers over the city, urging residents to report suspicious activities.

The IS group claimed responsibility for the attempted prison break on its Aamaq news service.

Freeing convicts and imprisoned comrades has been a main tactic of the group. During their 2014 surge that overwhelmed territory in Iraq and Syria, IS carried out multiple prison breaks.

The attack launched Thursday evening was the biggest by IS militants since the fall of the group’s “caliphate” in 2019. Its demise came after IS lost its last territory in Syria in following a yearslong military campaign backed by the U.S.-led coalition in Iraq and Syria.

In the ambitious assault, more than 100 militants armed with heavy machine guns and vehicles rigged with explosives attacked the facility aiming to free their comrades. They detonated a car bomb at a petroleum warehouse nearby, creating a diversion and leaving fire and smoke in the air for two days.

A video posted by the militants late Saturday showed vehicles ramming through what appears to be the walls of the prison, creating large holes. Dozens of men were seen walking in the facility in the dark, seemingly escaping the prison. The Kurdish-led forces said Friday they arrested over 100 inmates who escaped.

In another video posted on the IS news service, the militants showed two dozen prison staff, some in military uniforms, taken hostage, including some who appeared bruised and beaten. One militant read out a statement to the camera and another stood guard with what seemed to be either a saw or a machete. Both militants were masked.

The Kurdish forces said late Saturday the men were probably among the prison kitchen staff with whom they lost contact since the assault began late Thursday.

In its version of the attack, IS quoted one of its militants in a statement posted late Saturday on its news service who said the attack began with two foreign suicide bombers who detonated two trucks at the gate of the prison and along its walls, causing major damage and casualties. Then militants fanned out, first heading to the prison towers and the petroleum warehouse. A second group attacked a Kurdish post nearby while two other groups clashed with nearby patrols and cut supply lines to undermine the prison defenses.

The assault coincided with riots inside the prison, where militants seized weapons and held guards and prison staff hostage, the militant group said, claiming that it freed more than 800 militants, some of whom are taking part in the ongoing operation.