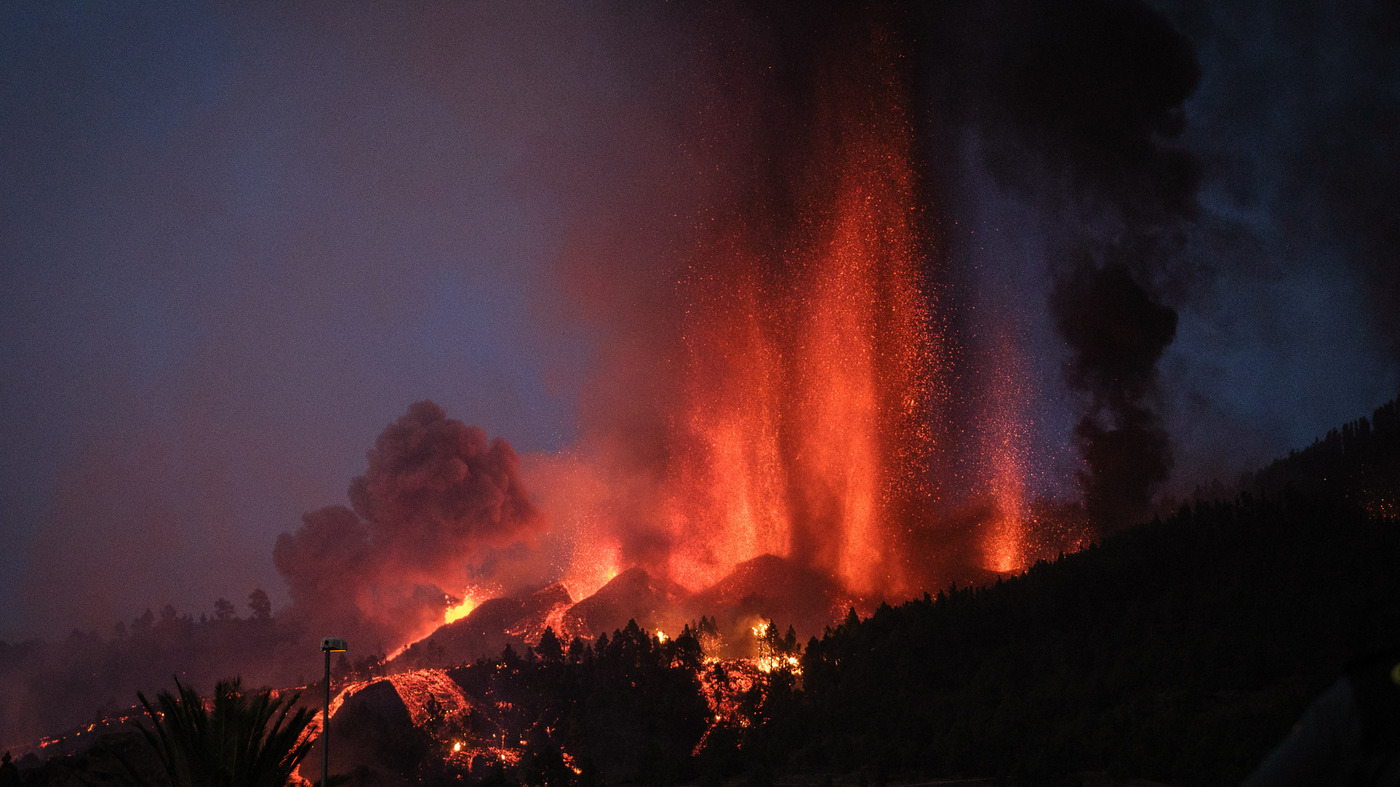 Mount Cumbre Vieja erupts, spewing out columns of smoke, ash and lava as seen from Los Llanos de Aridane on the Canary island of La Palma on Sunday.

Mount Cumbre Vieja erupts, spewing out columns of smoke, ash and lava as seen from Los Llanos de Aridane on the Canary island of La Palma on Sunday.

A massive volcanic eruption over the weekend on La Palma that has forced the evacuation of thousands of people hasn’t dissuaded Spain’s tourism minister from promoting travel to the island.

The eruption of La Cumbre Vieja in the Canary Islands, the first in 50 years in the seismically active Spanish archipelago, sent lava hundreds of feet into the sky, and spewing down the volcano’s face, destroying nearby houses and forests and forced some 5,000 people, including some 500 tourists, to flee.

There were no immediate reports of fatalities.

“The island is open,” she said. “If your hotel is affected, we will find you another one,” adding that if security is reinforced, tourists would be able to continue enjoying the island.

“Make the most of this opportunity to enjoy what nature has brought us,” she insisted.

Her comments provoked a political backlash

Maroto’s remarks were at odds with those from other local officials who warned of the danger posed by the eruption, and they sparked outrage among her political opponents.

The tourism spokesperson for Spain’s conservative People’s party called out Maroto in a tweet, blasting her comments as “totally inappropriate.”

“There are people who are losing their homes!!!” he wrote.

Speaking later Monday, Maroto clarified her remarks, insisting that the first priority was to help the island’s residents cope with the disaster.

“In the future – in the coming weeks and months, when this catastrophe has passed – we’ll think about how we can once again make the beautiful island of La Palma into a tourist area,” she said.

The island has a history of volcanic activity

Spain’s prime minister, Pedro Sanchez, arrived in La Palma, home to about 85,000 people, on Sunday shortly after the start of the eruption to meet with regional authorities to coordinate relief. He is expected to visit the area around La Cumbre Vieja, which translates as “The Old Summit,” on Monday.

Volcanologist Nemesio Perez was quoted by Reuters as saying that if no-one behaved recklessly, there shouldn’t be any fatalities from the volcano.

Thousands of small tremors, known as “earthquake swarm,” on the island in recent days alerted authorities, according to Reuters. Authorities warned last week that an eruption was possible.

Recorded eruptions on the island date back to the 14th century, with the most recent occurring in 1971. That eruption of La Palma’s Teneguía volcano spewed out lava for more than three weeks and killed a photographer who was trying to capture images of the eruption.