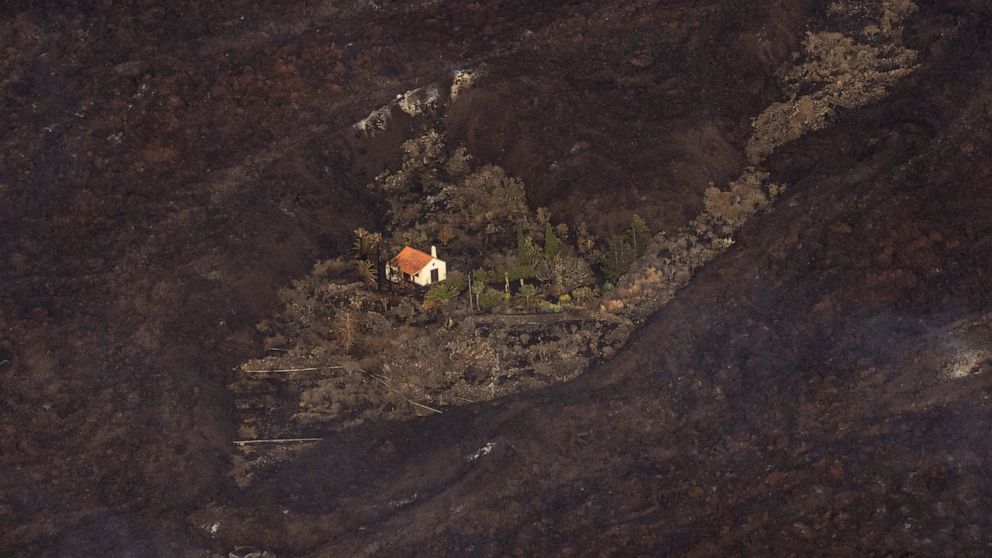 A volcano in Spain’s Canary Islands is keeping nerves on edge for a fifth day since it erupted, producing loud explosions, a huge ash cloud and cracking open a new fissure that spewed out more fiery molten rock

The archipelago’s emergency services ordered the evacuation of scores of people from three villages on the island of La Palma and ordered residents to stay indoors in another. Already this week, almost 7,000 people have had to leave their homes. The prompt evacuations are credited with helping avoid casualties.

Loud bangs from the volcano’s mouth sent shock waves echoing across the hillsides. Explosions hurled molten rock and ash over a wide expanse. As a precaution, emergency services pulled back from the area.

Regional airline Binter temporarily halted flights due to a huge ash cloud that rose 6 kilometers (almost 4 miles) into the sky.

More encouragingly, Spain’s National Geographic Institute said it hadn’t recorded any earthquakes in the area for 24 hours, after registering 1,130 over the past week amid intense seismic activity before and after the eruption on the Cumbre Vieja volcanic ridge.

Also, the advance of the main river of lava slithering toward the sea slowed to 1 meter (about 3 feet) per hour.

Both of the main lava flows are at least 10 meters (33 feet) high at their leading edges and have been destroying houses, farmland and infrastructure in their path since Sunday.

The lava has destroyed almost 400 buildings on La Palma, including many homes, on the western side of the island of 85,000 people, a European Union monitoring program said.

It said the lava stretches over 180 hectares (almost 20,000 square feet) and has blocked 14 kilometers (9 miles) of roads. Islanders make a living mostly from farming and tourism, and some may lose their livelihoods.

On a visit to La Palma, Spanish Prime Minister Pedro Sánchez announced a package of measures to help get the island back on its feet and “rebuild lives.”

The Spanish government will provide aid for rebuilding homes and public infrastructure, such as roads, irrigation networks and schools, as well as relaunching the island’s tourism industry, Sánchez said. He did not say how much money would be made available, but said a Cabinet meeting next week would provide more details.

Scientists say the lava flows could last for weeks or months.