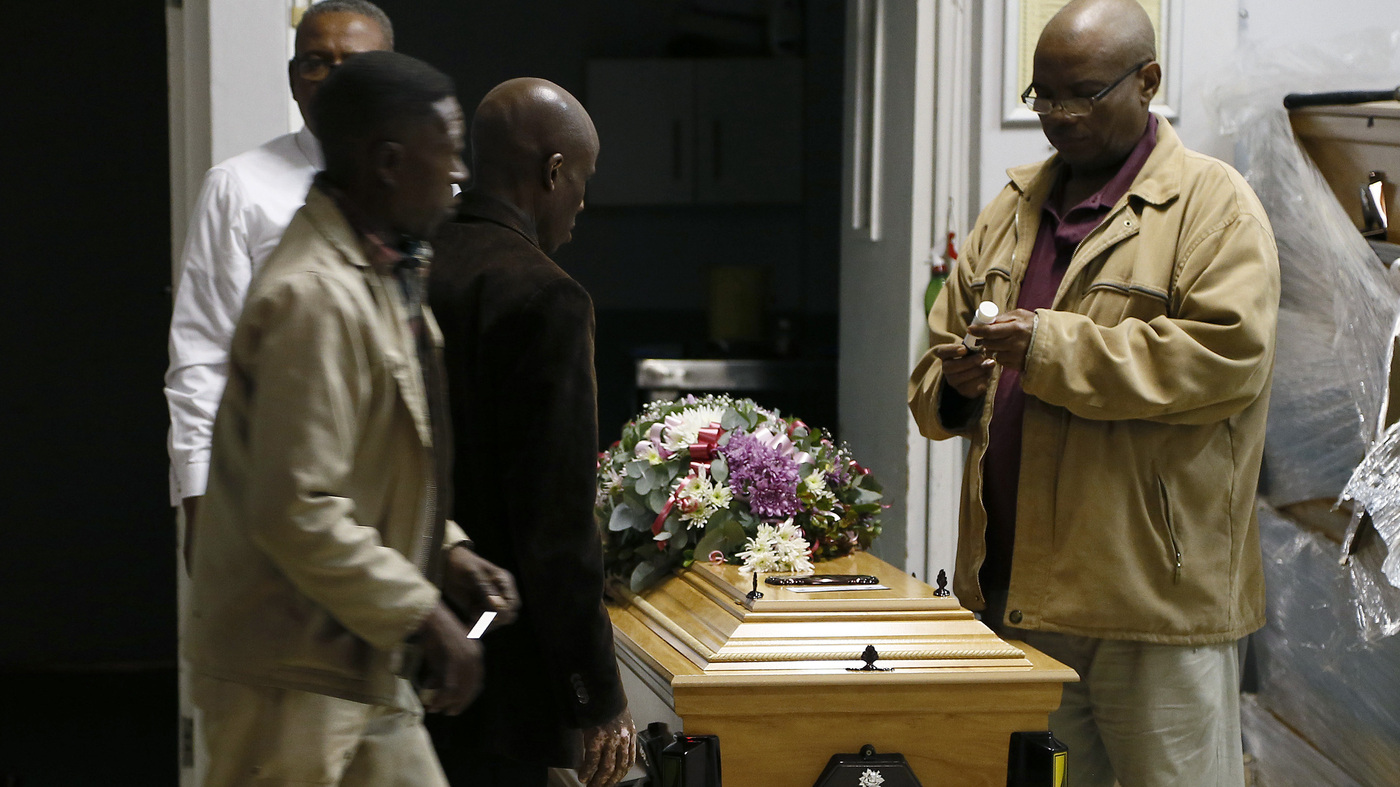 A coffin is prepared to be taken to a symbolic funeral in Scenery Park, East London South Africa, Wednesday, July 6, 2022.

A coffin is prepared to be taken to a symbolic funeral in Scenery Park, East London South Africa, Wednesday, July 6, 2022.

EAST LONDON, South Africa — More than a thousand grieving family and community members are attending the funeral in South Africa’s East London for 21 teenagers who died in a mysterious tragedy at a nightclub nearly two weeks ago.

South African President Cyril Ramaphosa is to give the eulogy for the young who died.

Mournful hymns were sung by a large choir as 19 coffins were carried into a large tent where the service is being held in East London’s Scenery Park township. Two families held private burials and the service organizers said the caskets on display were empty, in respect of the wishes of some families. The children are to be buried in various cemeteries later Wednesday and in the coming days, they said.

As the tent filled to capacity, many more mourners sat outside.

It’s still not known what caused the deaths of the young people, aged between 13 and 17, whose bodies were found in the Enyobeni tavern. All were under the legal drinking age of 18 in South Africa. Pathologists are studying the cause of death from blood samples. A stampede has been ruled out because the victims’ bodies did not show serious injuries, said police.

A somber mood hangs over the neighborhood surrounding the rundown tavern, where some residents have placed wreaths and flowers. Authorities have closed the bar, amid questions of how so many underage teenagers could have gathered in an establishment selling alcohol after midnight on June 26.

Community members say there is a well-known problem of underage drinking.

Ramaphosa’s address at the service comes as he faces several challenges including South Africa’s extended power cuts, wide-ranging allegations of corruption and questions about large amounts of cash reportedly found hidden in furniture in his own game farm.

In addition to Ramaphosa’s eulogy, the funeral service is to include hymns by local choirs and addresses by family representatives, religious and community leaders.