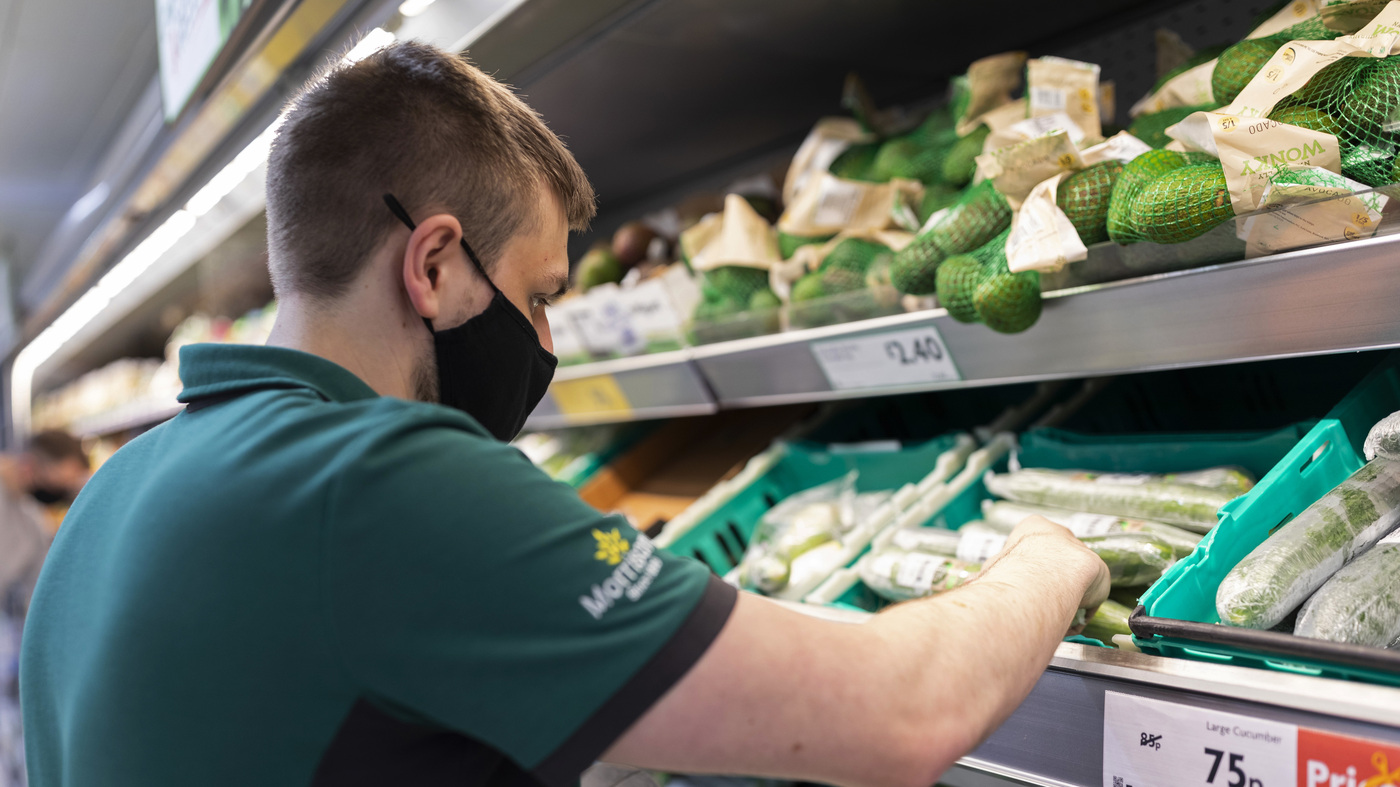 Shops In The U.K. Could Ditch The Metric System Under A New Proposal : NPR

Down at the local pub, die-hard Brexiters will be raising a pint to news that the U.K. is eyeing the end of a European Union-inspired ban on selling products in pounds and ounces. But many others view the move away from the world-standard metric system as pure rubbish.

Since becoming prime minister three years ago, Boris Johnson has pledged to usher in an era of “tolerance towards traditional measurements.” On Thursday, Brexit minister David Frost clarified what that means — giving shops and supermarkets the option to sell items labelled only in imperial units.

Under the plan, market stalls and shops would not be required to include measurements in metric equivalents.

The imperial system uses inches, miles and gallons as units of measurement. It’s almost the same as the system commonly used in the U.S., with a few small differences.

Under the plan, it would be legal for market stalls, shops and supermarkets to sell their goods using only imperial measurements — with no requirement that metric equivalents be included.

Not surprisingly, the metric vs. imperial argument has gone straight to the modern-day court of public opinion — Twitter.

“I was never really any good with metric measurements and always needed to convert. … I doubt going back to imperial will help me now. And it won’t help anyone who has been taught in school for the last 50 years of school,” one user said.

Some circulated a satirical video poking fun at the absurdity of the old imperial measures. Still others posted a map showing countries using the metric system — excepting only Myanmar, Liberia, and of course, the U.S., which tried and failed to fully adopt the metric system beginning in the mid 1970s.

Starting in 1965, the U.K. began a gradual retreat from the imperial system that was in use throughout the commonwealth. It wasn’t until a few years later that the project picked up steam — spurred on by entry into the EU in 1973.

“By 1999, fishmongers, grocers, butchers and supermarkets were required to start selling goods in metric. Imperial units could be listed as well, so long as they weren’t more prominent than their metric equivalents,” according to Wales Online.

Still, the ordinary Briton’s life is peppered with plenty of imperial units — a fact that has prompted some on Twitter to suggest the proposed change is much ado about nothing: “Imperial measurements have never really gone away. I still buy my milk and beer in pints. Distance is still measured in miles and speed in miles per hour. And how do you ask for timber? – ‘5 metres of 4×2 please’ Oh, and it’s not really hot until it’s 80 degrees.”

The origins of the U.K.’s modern anti-metric movement can be traced back to 2001, when grocer Steve Thoburn ran afoul of the law for using a scale that only displayed imperial weights. Thoburn, thereafter known as the “Metric Martyr,” became a hero of euro skeptics for standing up to European encroachment.

For many, pound, ounces, feet and miles are a point of pride that recall a time when the sun never set on the British empire. And, it probably doesn’t help the metric cause that France was the first to introduce it (in 1795).

Even so, as the UK Metric Association points out, there isn’t much about the imperial system that is truly English, calling arguments to the contrary “quite absurd.”

“Some people regard it as patriotic to use imperial, because it was ‘invented in Britain,'” the association says. “However, most of these units originated elsewhere in Europe and were imposed by invaders.”