By: Christi Carras
In: Uncategorized
With: 0 Comments 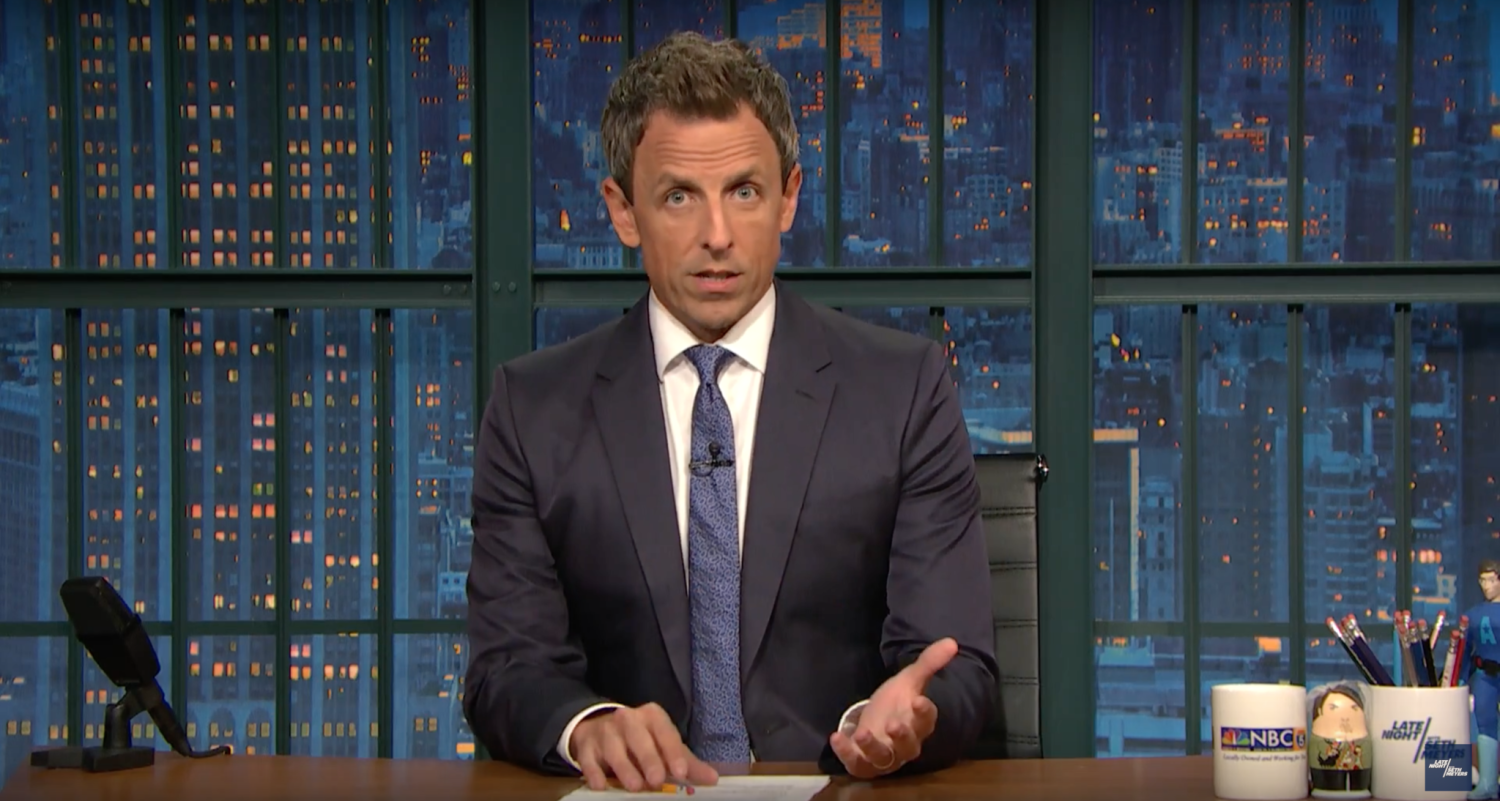 Late-night TV hosts Seth Meyers, Stephen Colbert and Jimmy Fallon have all addressed the widespread fear and devastation unfolding in Afghanistan after the United States withdrew its forces from the country and the Taliban promptly seized the capital.

On Monday, “Late Night,” “The Late Show” and “The Tonight Show” aired segments commenting on President Biden’s handling of the decades-long crisis inherited from previous administrations.

The Taliban — which had subjected Afghan citizens to cruel restrictions and punishments during its five-year reign of terror — recaptured Kabul Sunday after Biden carried out the Trump administration’s plan to remove American troops from Afghanistan this year and the local government collapsed.

“That’s right: Last year, Trump made a peace deal with the Taliban to end the war, and now — after Biden’s withdrawal — they’re back in power,” Fallon said on “The Tonight Show.” “So, on the bright side, it’s nice to have a bipartisan screw-up.”

“The crushing reality of the so-called Global War on Terror is, some of the highest ranking officials involved in it now admit that it was a colossal failure,” Meyers said on “Late Night.” “And that’s a reality we should all grapple with. Presidents, politicians and foreign policy elites of both parties deserve blame for this calamity.”

Amid mounting anxiety across the besieged nation, the Taliban has publicly stated that it “doesn’t want women to be victims” under its new regime, despite formerly terrorizing women and girls by largely denying them access to employment and education, among other forms of discrimination. Those who resisted were met with public harassment, beatings and death.

“Contrary to everything they’ve ever done or said, the Taliban have promised that, this time, they’re going to respect women’s rights,” Colbert said on “The Late Show.” “But the crackdowns already began at a bank in Kandahar. Armed Taliban gunmen forced women working there to leave the bank and told them male relatives could take their place.

“That is awful — also, not good hiring practice. ‘Mr. Wilson, unfortunately as a woman, I cannot perform your open-heart surgery today. But you’ll be in great hands with my cousin, Dylan. No, he’s not a doctor, but he does have a penis.’”

Overall, Colbert appeared conflicted about the White House’s move to release American service members from Afghanistan. On Monday, Biden doubled down on his decision to go through with the retreat, arguing that “American troops cannot — and should not — be fighting in a war, and dying in a war, that the Afghans are not willing to fight for themselves.”

“You can make us accept that there was no good alternative, but you can’t make us feel good about it,” Colbert said. “For the last 20 years, four separate administrations told the American people to care about the plight of all the Afghan people, especially the women.

“And we did care, and that’s not going to change. All that’s changed is there’s nothing we can do about it now. So pulling out may be the right thing to do. But it’s heartbreaking.”

On “Late Night,” Meyers echoed his colleague’s solemn sentiments and urged the U.S. government to help “as many Afghan refugees as possible, as quickly as possible,” after several harrowing reports surfaced of Afghans making desperate, sometimes deadly attempts to flee the country.

“That includes Afghans who worked with the U.S. Army, but it shouldn’t be limited to them,” Meyers said.

“Taking in as many Afghan refugees as want to come here and granting them asylum is the bare minimum we can do. … The priority should be getting them out now and worrying about the paperwork later.”