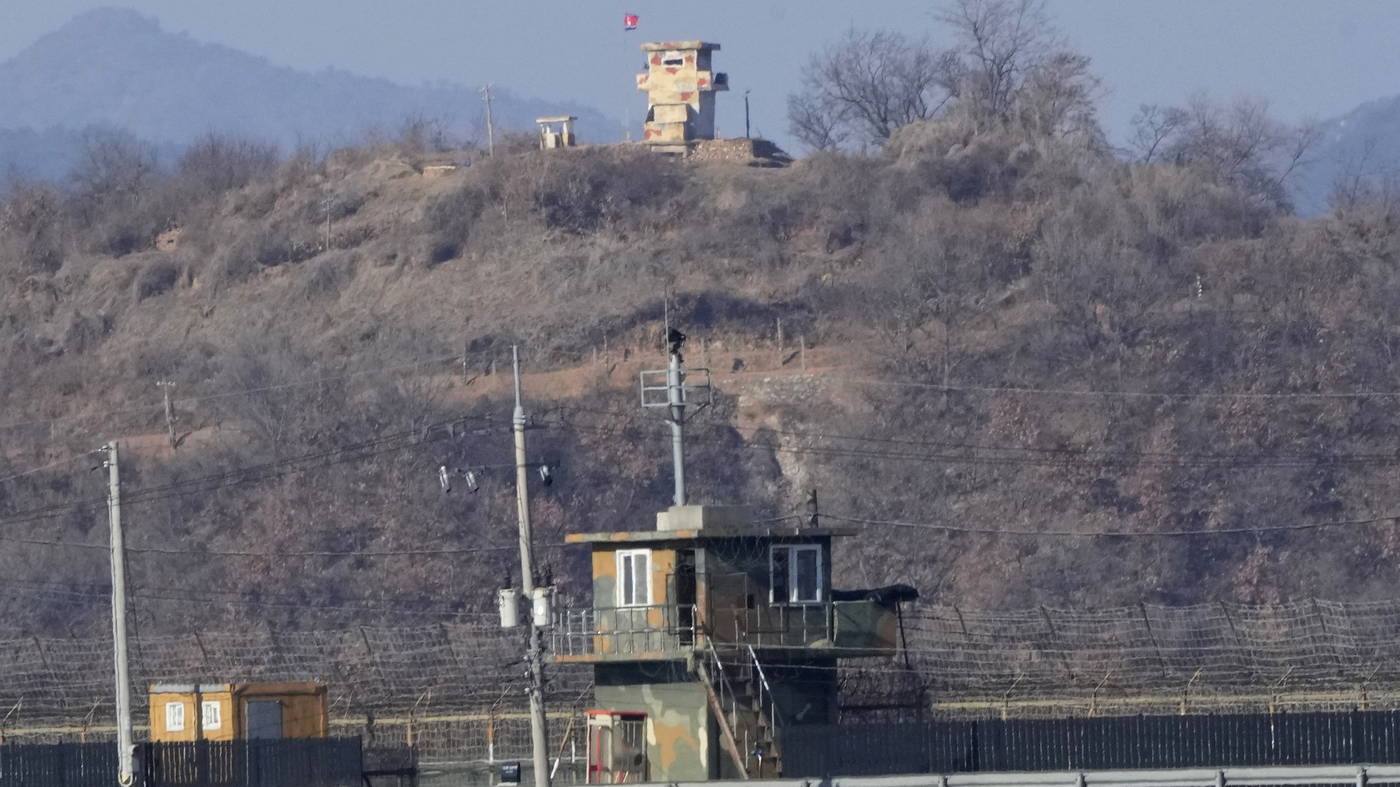 SEOUL, South Korea (AP) — A person who crossed the border from South Korea into North Korea on New Year’s Day was likely a defector who had slipped through the same heavily fortified frontier in the other direction to settle in South Korea in late 2020, the military said Monday.

South Korean surveillance equipment detected an unidentified person moving into North Korean territory across the eastern portion of the border on Saturday. The military said a security camera showed a person earlier Saturday crawling over a barbed-wire fence along the southern edge of the border.

On Monday, the Defense Ministry said in a statement it suspects an earlier North Korean defector was the border crosser and that it is trying to confirm related information.

A ministry official said the statement refers to a former North Korean citizen who was captured south of the border in November 2020. The man identified himself as a former gymnast and told investigators that he had crawled over barbed wire fences to defect before being found by South Korean troops, the official said, requesting anonymity citing department rules.

The official said the appearance of the person detected by the South Korean security camera on Saturday matched the former defector.

A South Korean thermal observation device detected four people in the northern part of the border after Saturday’s border crossing, the Defense Ministry official said. This could suggest three North Korean soldiers came to take the border crosser away from the border.

In September 2020, North Korea fatally shot a South Korean fisheries official found floating in its waters along a sea boundary. South Korea said North Korea troops were under orders to shoot anyone illegally crossing the border to protect against the coronavirus pandemic.

South Korean media reports said the former gymnast defector worked as a cleaner in South Korea and had economic difficulties. The Defense Ministry refused to confirm the reports but said an initial investigation showed he wasn’t engaged in espionage or other suspicious activities in South Korea. The ministry didn’t speculate on why he returned to the North.

About 34,000 North Koreans have fled to South Korea for economic and political reasons since the late 1990s, and only about 30 have returned home in the past 10 years, according to South Korean government records.

Observers say those returnees likely failed to adjust to their new highly competitive, capitalistic lives in South Korea, had big debts or were blackmailed by North Korean agents who threatened to harm their loved ones if they didn’t return.

Defecting via the border is rare. Unlike its official name, the Demilitarized Zone, the 248-kilometer (155-mile) -long, 4-kilometer (2.5-mile) -wide border is guarded by land mines, tank traps and combat troops on both sides as well as barbed wire fences. A vast majority of the North Korean defectors in South Korea came via China and Southeast Asian countries.

Saturday’s border crossing raised questions about South Korea’s security posture because the person’s entry into the DMZ was not noticed by South Korean troops for a few hours, though surveillance equipment detected the person. The military acknowledged it had sent soldiers but failed to locate the person before he or she crossed the border.

In recent years, the South Korean military faced similar criticism when North Koreans passed through DMZ areas unnoticed to defect, including one who knocked on the door of a South Korean army barrack.