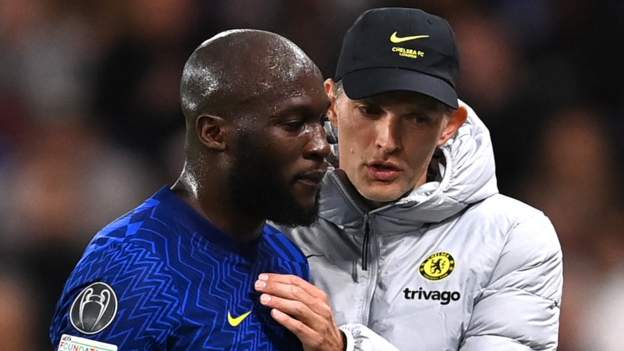 Chelsea manager Thomas Tuchel says Romelu Lukaku’s comments during an interview in which the striker said he was unhappy with his role at the club “brings noise that we don’t need”.

“But I don’t want to make more out of it than it actually is. It is very easy to take lines out of context.”

The German added: “To be honest I don’t like it because it’s noise we don’t need. We need a calm environment and focus and it does not help.

“I don’t feel him unhappy. I feel the exact opposite. If you asked me yesterday morning I would say that he is absolutely fine. That’s why it’s a surprise but I am the wrong person to ask.

“We can take the time to try to understand what is going on because it does not reflect the daily work, the daily attitude, the daily behaviour Romelu shows here.”

Lukaku said in the interview with Sky Sport Italia that he was “not happy with the situation”, adding: “But I am a worker and I must not give up.”

The Belgium international, 28, returned to European champions Chelsea for a club record £97.5m in August.

He has scored seven goals in 18 appearances since he rejoined the club but he has also been hampered by injury and illness.

Following discussions about his role with Tuchel, Lukaku has since scored two goals in two Premier League games.

“Today’s world is today’s world and everything is out there in public. If you are a big player like Romelu he knows what kind of value he has when he speaks out with messages like this.”

Tuchel added: “It is not necessary to always be in harmony to be successful. You don’t have to hug each other and love each other every single day. Sometimes it is good to be on the edge.

“With Romelu I don’t think anyone in this building is aware he is unhappy. That is what makes us very surprised about his statements. We need to check because I can see no reason why it should be like this.”