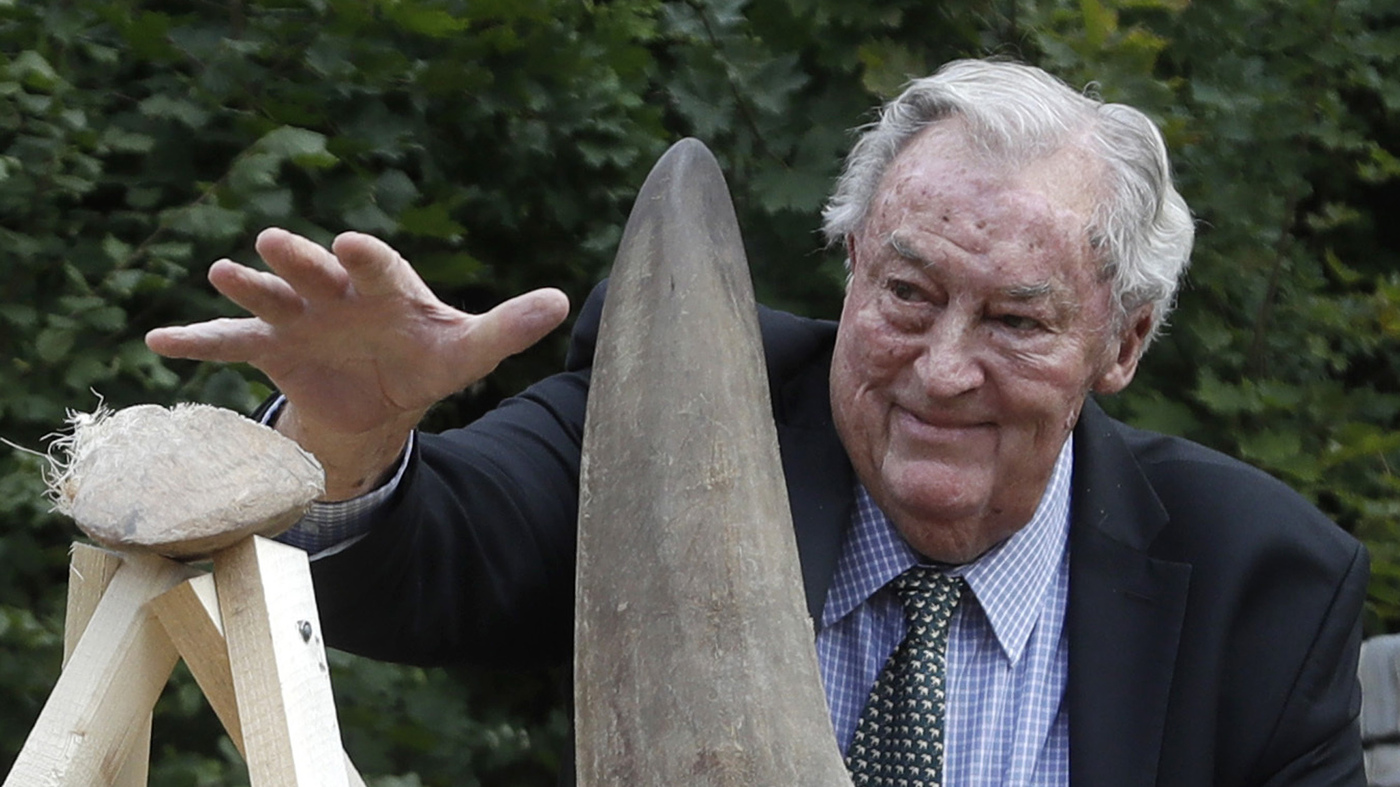 Richard Leakey, Kenyan wildlife conservationist, places a rhino horn to be burned at the zoo in Dvur Kralove, Czech Republic, in 2017. Leakey, known for his fossil-finding and conservation work in his native Kenya, has died at 77.

Richard Leakey, Kenyan wildlife conservationist, places a rhino horn to be burned at the zoo in Dvur Kralove, Czech Republic, in 2017. Leakey, known for his fossil-finding and conservation work in his native Kenya, has died at 77.

Richard Leakey, the world-renowned paleoanthropologist-turned-conservationist, has died at 77.

The death of the native Kenyan was announced late Sunday by Kenyan President Uhuru Kenyatta.

A cause of death was not given.

Leakey, whose famous parents, Louis and Mary Leakey, made profound contributions to the understanding of human evolution through key fossil finds of early hominids, also made important discoveries of his own in the field.

In 1981, he gained public notoriety as the presenter in a BBC television series called The Making of Mankind. By the late 1980s, however, he had shifted his focus, stepping in as head of the Kenya Wildlife Service, taking on poachers who threatened to wipe out the country’s elephants and rhinos. He also helped bring international attention to the illicit ivory trade.

In 1993, while flying his small plane, it experienced a mechanical problem and crashed. He lost both of his legs below the knee due to his injuries. Leakey always suspected, but was never able to prove, sabotage by his political opponents.

Earlier, in 1979, he’d received the first of two kidney transplants — his brother Philip was the donor. Decades later, he was also the recipient of a liver transplant.

He briefly entered Kenyan politics, forming a new political party, and in the late ’90s took up the post of head of Kenya’s civil service with a determination to fight corruption.

“It is with deep sadness that we share the news of the passing of Dr. Richard Leakey,” the nonprofit Leakey Foundation said in a tweet on Sunday. “He was a visionary whose great contributions to human origins and wildlife conservation will never be forgotten.”

WildlifeDirect, which Leakey founded in 2004, said in a tribute on its website that he “stood for integrity, hard work and excellence in all areas — be it his work in paleontology, civil service, politics or wildlife conservation.”

“He was a mentor to dozens of Africans in diverse fields and had played a key role in shaping the world’s view on Africa’s place in the human evolution story, on the development of multi-party democracy in Kenya, and on influencing climate change dialogue,” the organization said, noting that he was “an icon and a national hero whose face graced Time magazine many times.”

Speaking to NPR in 2011, Leakey described some of his important fossil finds nearly three decades before.

“It was enormously exciting because every day, practically, for the first six weeks, we were finding things that had never been seen before by modern humans,” he said. “And we were the first to see them and realize that we had things in our hands that were going to answer questions that people have been worrying about for years.”

National Geographic described Leakey as a “swashbuckling, pugnacious real-life Indiana Jones” who “managed to cheat death many times — a childhood skull fracture, kidney and liver failures that required transplants, public beatings, and a plane crash — before passing away in his home outside Nairobi.”

At the time of his death, Leakey was serving as chairman of the Turkana Basin Institute at Stony Brook University in New York.