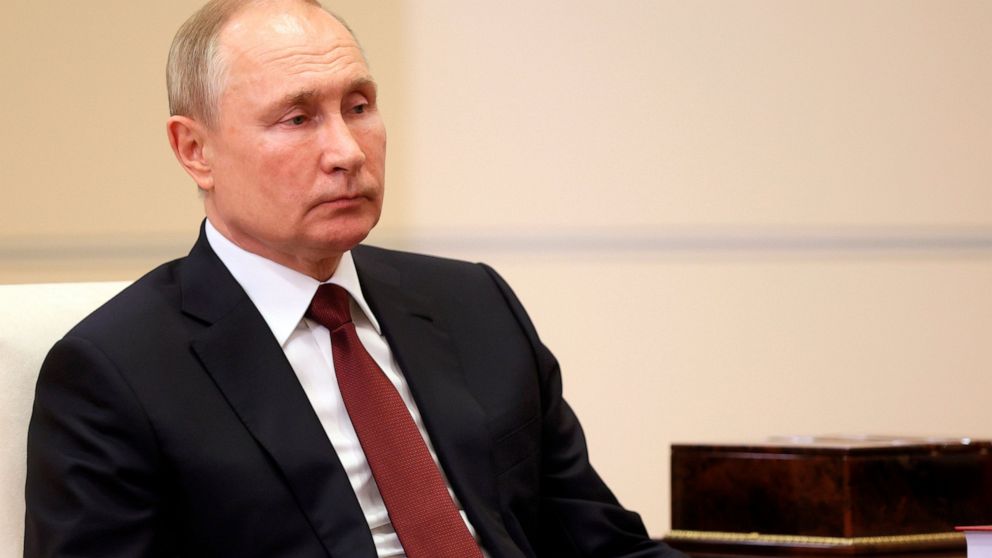 Putin urges guarantees on Ukraine in call with Johnson

A recent Russian troop buildup near Ukraine has drawn Ukrainian and Western fears of an invasion, and U.S. President Joe Biden last week warned Putin of “severe consequences” if Moscow attacks its neighbor.

Putin has denied plans of launching an attack, but prodded Western leaders to provide a legal pledge that NATO wouldn’t expand to Ukraine.

In Monday’s call with Johnson, Putin reaffirmed Moscow’s concern about the “development of Ukraine’s territory” by NATO’s members, saying that it “poses a direct threat to Russia’s security.”

Russia has responded to the ouster of Ukraine’s Moscow-friendly president by annexing the Ukrainian Crimean Peninsula in 2014 and throwing its support behind a separatist insurgency in the country’s east. More than seven years of fighting has killed over 14,000 people and devastated Ukraine’s industrial heartland called Donbas.

Moscow has bristled at NATO’s joint drills with Ukrainian forces and warned that the alliance’s expansion to Ukraine would represent a “red line” for Russia.

In Monday’s call with Johnson, Putin emphasized the need to “immediately begin negotiations to work out clear international legal agreements that would exclude any further NATO’s expansion eastward and the deployment of weapons threatening Russia in neighboring countries, primarily in Ukraine.”

The Russian leader said that Russia will soon submit a draft document outlining the demands, according to the Kremlin.

Johnson followed Biden and other Western leaders in warning Moscow against attacking its neighbor.

Johnson’s office said he “expressed the United Kingdom’s deep concern over the build-up of Russian forces on Ukraine’s border, and reiterated the importance of working through diplomatic channels to de-escalate tensions and identify durable solutions.”

It noted that the British prime minister “emphasized the UK’s commitment to Ukraine’s territorial integrity and sovereignty, and warned that any destabilizing action would be a strategic mistake that would have significant consequences.”

The readout added that Johnson “recognized the importance of dialogue on international and regional security.”

2021-12-14
Previous Post: How to Watch State of the Word 2021 – WordPress.com News
Next Post: Denmark and Norway Predict Drastic Spike in Omicron Cases