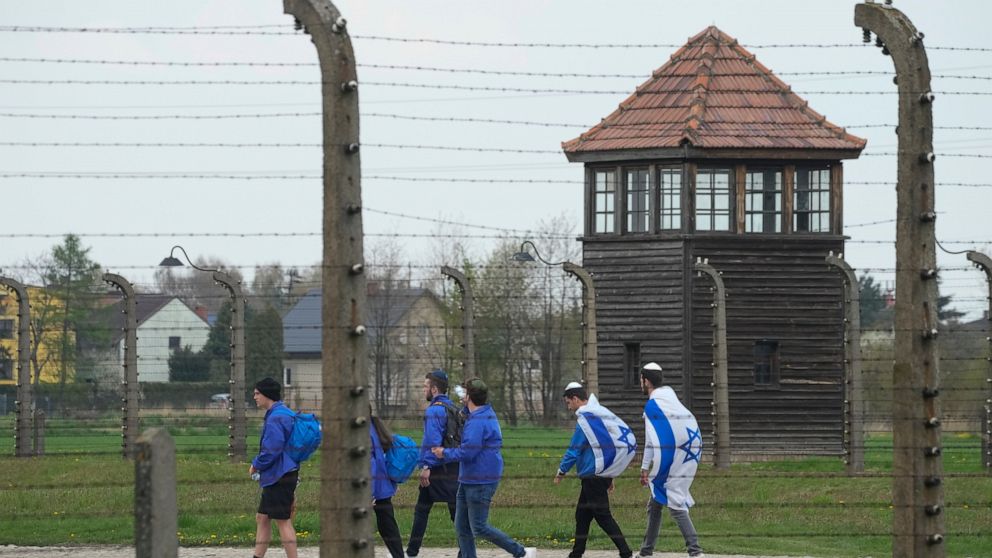 A Polish official says his government wants formal rules to regulate the terms under which Israeli schoolchildren pay Holocaust study visits to the country, including on the presence of armed Israeli guards

WARSAW, Poland — The Polish government wants formal rules to regulate the terms under which Israeli schoolchildren pay Holocaust study visits to the country, including on the presence of armed Israeli guards, an official in Warsaw said Monday.

Deputy Foreign Minister Marcin Przydacz said the armed guards accompanying the youth groups, the visits’ focus on the Holocaust only and a lack of contact with Polish youth were giving young Israelis a “negative image” of Poland.

“There are also threads appearing (to suggest) that Poland is an anti-Semitic country and for that reason it’s dangerous here,” Przydacz told Radio RMF24.

He said a new intergovernmental agreement should state in what cases guards with loaded weapons can be present. Warsaw has been seeking such a deal for months, Przydacz said.

Poland would also like young Israelis to meet with their Polish peers and understand their approach to Polish-Jewish history that spans many centuries.

The annual educational trips by thousands of young Israelis were suspended during the pandemic and last week Israel said it was not resuming them because Poland’s right-wing government was trying to control the curriculum.

Przydacz said the reason they have not been resumed was “because we believe that (they) should be regulated by an agreement between Poland and Israel.”

Poland was the first country invaded and occupied by Nazi Germany in World War II. Members of Poland’s resistance and government-in-exile warned the world about the Nazis’ mass killing of Jews, and thousands of Poles risked their lives to help Jews — even though some Poles murdered or victimized their Jewish compatriots.

Nearly all of Poland’s roughly 3 million Jews were killed by the Germans and their collaborators during the Holocaust, and the Nazis built their major death camps in occupied Poland.

Young Israelis traditionally travel to Poland in the summer between 11th and 12th grade to tour former Nazi camps, learn about the Holocaust and remember the victims. The trip has long been considered a milestone in Israeli education and, prior to the pandemic, some 40,000 Israeli students participated each year.