Pfizer vaccine approval may lead to off-label shots for kids

By: Amina Khan
In: Uncategorized
With: 0 Comments 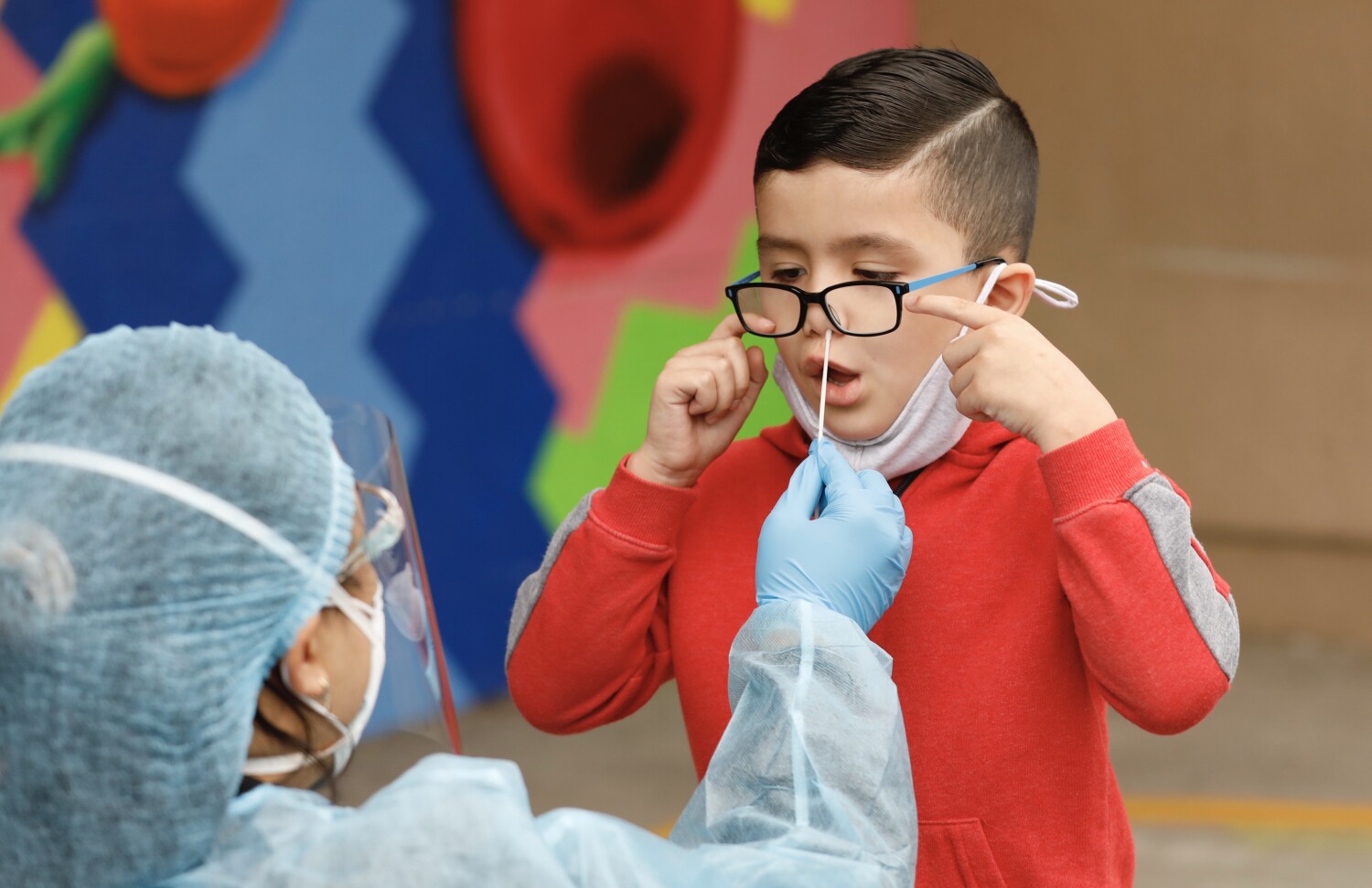 The Food and Drug Administration’s formal approval of Comirnaty has raised hopes for a fresh wave of COVID immunizations. But it may also trigger a wave of requests from anxious parents looking to vaccinate their children who are too young to get the Pfizer-BioNTech shot through official channels.

That’s because once a drug or vaccine has been FDA-approved, doctors have the leeway to prescribe it “off label” — that is, for a use for which it wasn’t specifically approved.

The prospect has pediatricians bracing for impact — and worried that some parents may be jumping the gun to vaccinate kids who have not yet turned 12.

“I understand where the parents are coming from in this situation. But we have really been trying to discourage the practice,” said Dr. Sean O’Leary, a pediatric infectious disease specialist at Children’s Hospital Colorado. “We don’t really have any data on the vaccine’s use in that age group.”

Following rigorous clinical trials, the FDA authorized the Pfizer-BioNTech vaccine for emergency use in people 16 and up in December and in adolescents ages 12 to 15 in May.

Trials in children between the ages of 5 and 11 should be completed in September, Pfizer Chief Executive Albert Bourla told NBC News anchor Lester Holt. Trial data for even younger children should be landing soon after that.

The wait has left many parents worried for their kids who aren’t eligible for the vaccine and yet are returning to in-person schooling as the highly contagious Delta variant fuels a surge in coronavirus cases.

Pedro Brugarolas said he plans to ask his pediatrician about getting Comirnaty off-label for his 2½-year-old son at their next appointment.

It’s all about weighing risks, Brugarolas said. On one side, there’s the risk of becoming infected with the coronavirus while unvaccinated and developing COVID-19. On the other, there’s the risk of suffering a side effect from a vaccine that has been shown to be safe and effective only in older children.

Considering how fast the Delta variant is spreading, he said, “anyone who’s not vaccinated is likely to catch it sooner or later.”

If the pediatrician advises against it, that will be totally fine, the Boston-based chemist said. But if the doctor is willing, Brugarolas said he’d be eager to have his toddler vaccinated.

“Whatever the doctor says, I will follow,” he said.

In reality, it may be difficult to find a pediatrician willing to sign off on off-label shots for younger kids, experts said.

Doctors would be responsible for adjusting the dosage for their smaller patients without the benefit of the clinical trial data to help them fine-tune the amount that would maximize the effectiveness of the vaccine while minimizing the chance of side effects.

The American Academy of Pediatrics acknowledged that Monday’s regulatory action “means it is legally permissible for physicians to administer the vaccine off-label for children aged 11 and younger, who currently have no available vaccine.” But the organization said in a statement that it “strongly discourages that practice.”

Dr. Yvonne Maldonado, who chairs the academy’s Committee on Infectious Diseases, urged physicians to wait until the data are in hand to set dosing schedules for younger children.

“I know parents are anxious to protect their children,” she said in the AAP statement, “but we want to make sure children have the full benefit of ongoing clinical trials.”

FDA officials were also quick to discourage prescribing of the vaccine for younger children.

While it’s true that ordinarily physicians can and often do use off-label prescribing after a medical product gains full approval, “this is a different situation,” Acting FDA Commissioner Dr. Janet Woodcock said.

“We are not recommending that children younger than age 12 be vaccinated with this vaccine,” Woodcock said in a briefing. “It would not be appropriate.”

For many families with young children, the pressure to seek an off-label vaccine is understandable, O’Leary said. Some have children with severely weakened immune systems; others have immunocompromised family members at home and can’t risk kids catching the virus at school and bringing it to them.

A few months ago, O’Leary received a call from a pediatrician with an 8- or 9-year-old patient whose mother was getting a bone marrow transplant right as the child was returning to school.

“I absolutely get where the concern comes from,” O’Leary said.

He and other doctors said they recognize that this is a deeply stressful time for parents of younger children, given that COVID-19 has largely now become a scourge of the unvaccinated. And it’s nerve-wracking to send those unvaccinated children out into school where they’ll be exposed to other people indoors for long periods of time.

Crosby said she began fielding requests for off-label vaccinations within hours of the FDA’s approval announcement.

She said she knew there were “plenty of families” with children younger than 12 who got them vaccinated by lying about their ages. Some parents reasoned, for example, that their 11½-year-old was the same size as — or even bigger than — many 12-year-olds who did qualify for the vaccine.

But when they asked her opinion about it, “I always said no,” she said.

Michelle Forman, who has a 10-year-old daughter and 7-year-old son, said there’s nothing she wants more than a vaccine for her kids — but she’s willing to wait until the FDA gives an explicit green light.

It’s a decision she said she’s sticking to even amid the “mad scramble to figure out safety” as school starts for her kids next week.

“When they tell me that it is time for my kids get vaccinated, we will be first in line,” said Forman, a public health communicator based in Kensington, Md. “But until then, we’re not going to start trying to make up the rules.”