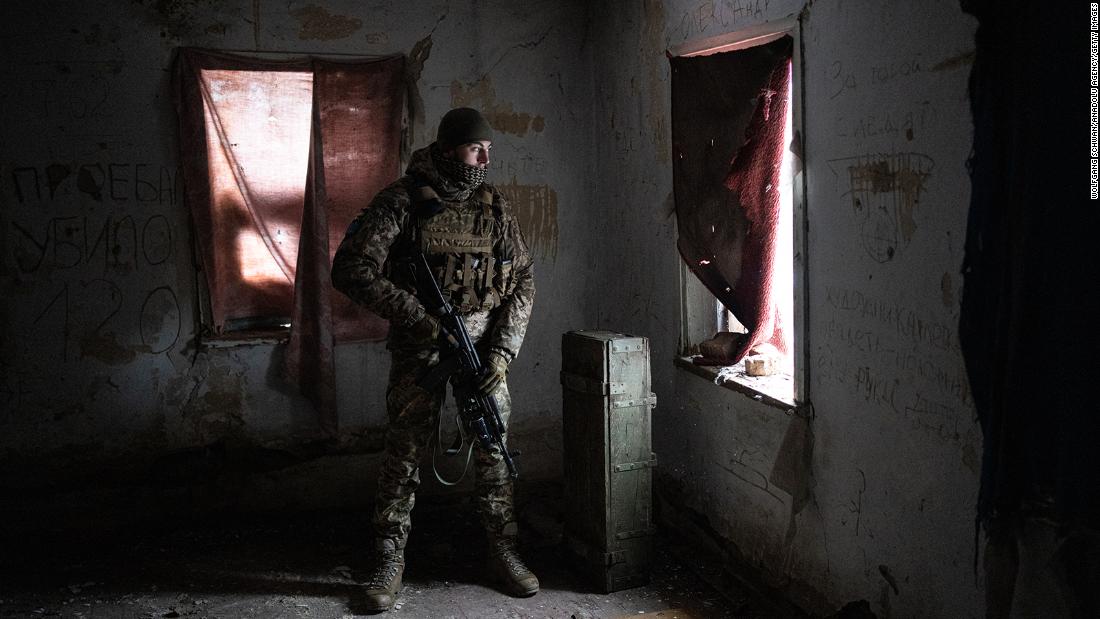 Opinion: In Ukraine, one question looms: What will we do if Russia attacks?

By: Daisy-May Amos
In: Uncategorized
Tagged: Attacks, looms, one question looms: What will we do if Russia attacks? - CNN, opinion, Opinion: In Ukraine, opinions, Question, Russia, Ukraine
With: 0 Comments
But Ukraine has already been at war for nearly eight years. In 2014, Russia annexed Crimea and Russia-backed separatists took control of the eastern Ukrainian cities of Donetsk and Luhansk in an ongoing conflict that has claimed some 13,000 lives, according to estimates by the United Nations in 2019. What we’re facing now has already been at a simmer, and it’s now dawning on all Ukrainians just how quickly this could boil over into war throughout the country.

I clearly remember my last trip to Donetsk in May 2014 as a staff member of the Organization of Security and Co-operation in Europe Special Monitoring Mission to Ukraine (OSCE/SMM). There were occasional shootouts in the city, and our security protocol forbade us from leaving the hotel. When it was time to leave, our brand-new armored truck brought us to the once-posh Donetsk airport, which had become an empty and gloomy place. There were only a few passengers among men in unidentified uniforms and a tank nestled in a flowerbed, pointing its muzzle at the departing planes.

We got to the Ukrainian capital of Kyiv safe and sound, but a few days later, Donetsk airport became the backdrop of a deadly battle between Russia-backed separatists and the Ukrainian army.

Back in 2014, it was perfectly clear what was happening in the Donbas region along the Ukrainian border was staying there. The Ukrainian military localized the war, so most civilians (except for those living near the battlefield) did not feel the effects. Odesa beaches, Kyiv restaurants and Carpathian ski resorts functioned as usual. Yet, for many, including myself, it was obvious that the Donbas situation was like a deep wound covered with just a band-aid — you might not be able to see it, but if it’s not properly addressed, it can cost your life.

Now, in 2022, it has suddenly dawned on everyone in Ukraine that war can break out beyond the Donbas region and disrupt everyday life in the rest of the country. According to the Russian playwright Anton Chekhov, if there is a rifle on the wall in the first chapter, it must go off in the second or third one. And here we deal with not just one rifle, but as many as 100,000 Russian troops in close proximity to Ukraine’s eastern border.

This military build-up that was perceived as mere chatter a couple of months ago has since become a resounding alarm bell for Ukrainian society. Ironically, the alarm was raised by foreign diplomats, politicians and media while the Ukrainian political establishment was slow to recognize the threat. Among my circle of journalists, civil activists, academics and a couple of oppositional politicians was a desperate search for answers to a very crucial question: What should we do as citizens if Russia attacks?

The recent answer that finally came from the Ukrainian president didn’t really help.

On January 19, Ukrainian President Volodymyr Zelensky, an actor who played a president on TV before he entered politics, issued a video address in which he asked Ukrainians not to panic. He gave a detailed prognosis for 2022: celebrate Easter in April, roast barbeque on May Day, plan summer vacation and so on. Yet a couple of days later, in an interview with The Washington Post, it seems the desire for barbeque completely evaporated as Zelensky acknowledged that Russian troops might occupy Kharkiv, a city in Eastern Ukraine. Needless to say, this statement immediately caused panic among residents of Kharkiv, and the city’s mayor had to issue a statement pledging to protect it from possible Russian invasion.
Kharkiv is not the only target of potential attacks. Recent news about joint Russia-Belarus military drills in Belarus raised anxiety in north Ukraine, particularly Kyiv and Chernihiv. To the South, the Black Sea coast of Ukraine can’t sleep peacefully either, as these territories can become a potential target for attack from Russia-controlled breakaway Transnistria. If combined with an offensive from Donbas in the southeast, the Russian army can potentially occupy the coastline and landlock Ukraine.

With no adequate top-down communication, many citizens choose to follow commonsense survival rules: stocking up on food and setting up meeting points with their loved ones in case communication is down.

Local authorities are auditing their emergency capacities and test warning systems. Last month, Kyiv city authorities and the State Emergency Service checked the condition of the capital’s places designated as bomb shelters and updated their map on Kyiv city’s official website.
The key facility designed to be a mass shelter in case of air strikes is the underground infrastructure of the Kyiv subway. Yet, its capacity is limited to “hosting” about 200,000 people, which is not enough for Kyiv’s population of at least 3 million.

Those who are not lucky enough to get to the subway would have to take shelter in places such as underground parking lots, the cellars of condominiums and other public and commercial property. Some cellars designated as bomb shelters in 2014-2015 were later repurposed for civilian use to operate as bomb shelters in case of an emergency. But a friend told me a cellar in her building that was supposed to be earlier designated as a shelter was rented out and now hosts a café, while another designated shelter in my neighborhood was completely demolished during a construction project.

People admit the uncertainty and the lack of clear emergency instructions are draining their intellectual and emotional resources, making it hard to focus on current tasks and their ability to make long-term plans. Yet, denial would be even more harmful.

This whole situation reminds me of an episode from Julian Barnes’ novel, “The Noise of Time,” a fictionalized biography of the famous Soviet composer Dmitri Shostakovich. Amidst a KGB hunt on intelligentsia, Barnes wrote Shostakovich was pretty much sure he would be arrested. So, every night (usually the KGB conducted arrests in the middle of the night, to catch people off-guard), he would pack a small suitcase and stand in front of the elevator for hours, waiting for the KGB to come after him. He even thought of bringing a chair to make his wait more comfortable. Every time he heard the elevator noise his heart would jump out, but when the elevator stopped at another floor, he would come to his senses and go back home with his suitcase. Until the next night.

People in Ukraine right now are collectively acting like Shostakovich: They can’t help but be alert, even if they are exhausted by it, while Vladimir Putin himself acts like the KGB.