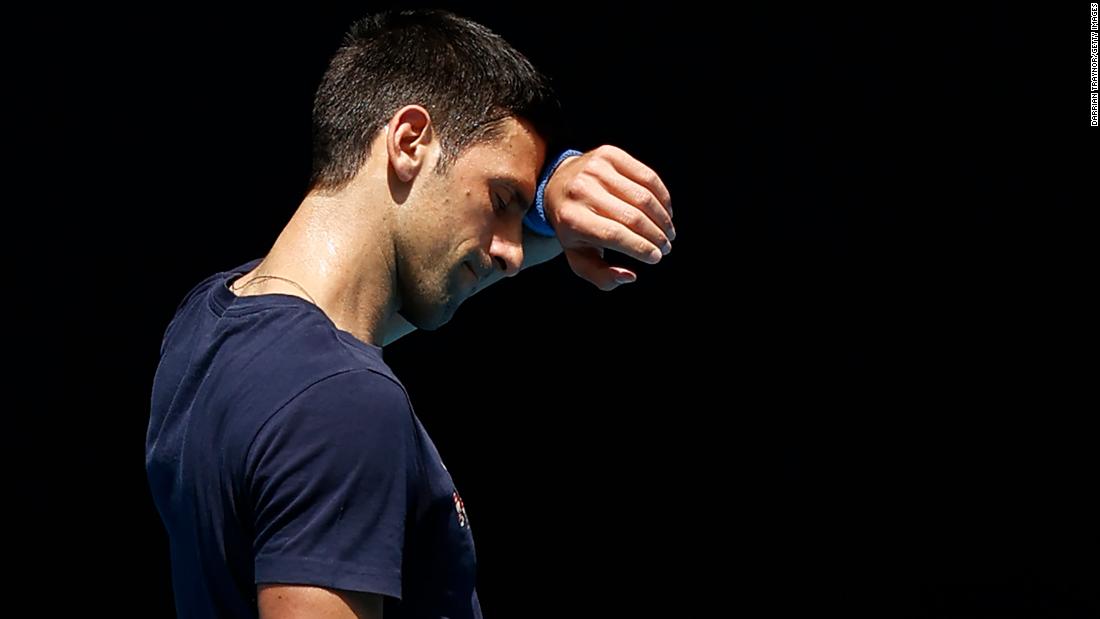 It remains unclear whether Djokovic will defend his title in next week’s Australian Open. But the world has learned a lot more about Australia’s border controls, much of which it will take a long time to forget.

For now, Djokovic remains in the country, following his court victory against the Australian Border Force’s attempt to deny him entry. Yet the Australian government could still deport him. The ball remains in the court of Immigration Minister Alex Hawke, who on Friday announced the decision to revoke Djokovic’s visa. The tennis star’s admission that he made a false travel declaration upon arrival in Australia, along with revelations he failed to isolate after testing positive for Covid-19 last month, provided the minister with justifications. Djokovic denied knowing he had the virus when attending public events, and apologized for the false travel declaration, saying it had been submitted on his behalf by a member of staff.
At this stage, you can’t rule anything out. The episode has already proven to be an absurd political drama befitting of a Netflix saga during lockdown. The Djokovic family has played a fine supporting role, with patriarch Srdjan Djokovic declaring his son Novak the “Spartacus of the new world.” Never one to miss out, British politician and high-profile Brexiteer Nigel Farage even flew to Belgrade to offer his support to the Djokovic clan.
Much of the saga’s ridiculousness, however, is rooted in Australia’s own peculiar reaction to the Covid-19 experience.

Perhaps most absurd of all has been the utter confusion in Australian governance. Was there a visa exemption granted? Did the unvaccinated Djokovic qualify for an exemption? Who had the authority to decide? The answers to these questions should, of course, be straightforward. But they have not been clear to anyone, even the Australian Prime Minister.

The organizers of the Australian Open, who convened an expert panel of medical advisers to assess exemptions from vaccination, believed everything was all in order. So did a medical panel of the Victorian state government. Before Djokovic’s arrival in Melbourne, Prime Minister Scott Morrison told the country that was all that mattered. Just hours later, Morrison seemingly changed his mind and declared that the federal government made the rules. All of this played out while Djokovic was in the air traveling to Australia. It was then presented to the superstar at border control in the very early hours of the morning.

This echoes the broader experience of the pandemic. Australia has resembled less of a nation-state, with a clear-sighted leader at its helm, as it has a collection of states led by warring premiers from different parties and different factions over these past three years. Whether it is between federal and state governments, or between the various state governments, health advice and policy have at times varied wildly.

More fundamentally, the episode reveals how intense Australia’s border politics have become during the pandemic.
At the start of the pandemic, Prime Minister Morrison declared that the virus was foremost a threat to Australia’s sovereignty. In March 2020, Australia cut itself off from the world. Foreigners were not allowed in. Citizens and permanent residents had to apply for permission to access an ever-diminishing number of rooms in quarantine facilities.

Later in the year, no one was even allowed out of the country without express permission, which was far more often denied than granted. Many Australians felt they had little hope of navigating these restrictions, short of having the luxury of special exemptions or an army of lawyers at their disposal.

Accompanying these border restrictions were some of the longest and strictest lockdowns in the world. Both major parties supported them, with state premiers requesting the army be sent onto the streets and stopping people leaving their homes even for exercise or essential shopping.
These restrictions would have been unthinkable anywhere in the democratic countries of the northern hemisphere. And yet there was almost no resistance here in Australia. Quite the contrary, many — if not reveling in them — believe they were absolutely necessary. Public acceptance of border closures and lockdowns have reflected Australia’s deep aversion to biosecurity risk, and Australians’ tendency to see their country as a sanctuary from the rest of a troublesome world.

Such attitudes or mindsets have not just emerged from the pandemic. They have deeper cultural and historical roots. For a couple of decades, the rise of affordable international aviation connected Australia to the rest of the world. Covid-19, though, has returned the nation to an older national psyche.

Migrants missing family or their homelands, for example, have been frequently chastised and reminded that earlier generations of migrants were unable to have the luxury of travel, restricted by the cost and the technology; it should be no great burden for them to be stuck in the greatest country on Earth.
During the past week, Australian player Nick Kygrios took to social media to say that he couldn’t work out why people wanted to travel the world anyway. Apparently being at home in Canberra, secure from the worst of the pandemic, was the greatest gift there was.
Indeed, if this Djokovic saga does say anything about Australia, it is that the country remains attached to a belief in “Fortress Australia.” For many Australians, it is a political article of faith that “we decide who comes to this country, and the circumstances in which they come,” as former Prime Minister John Howard put it at his election launch in 2001.
It was no accident that when the Australian government initially moved to detain Djokovic, it did so in a Melbourne hotel used to detain asylum seekers, some of whom have been incarcerated for nearly a decade, largely ignored and forgotten by the Australian public. Given what we now know, Djokovic is clearly not without blame himself. But what happened to him happens many times over with others who are not as fortunate to enjoy his riches or profile — and whose causes are more worthy.

As to what happens next, the Australian government has put itself in an invidious position. If it allows Djokovic to remain, there’s every likelihood Djokovic will go on to win the Australian Open and claim the mantle as the greatest tennis player of all time.

Deporting him would outrage opinion across the world. Either way, Australia comes out of this much diminished. Whatever it does, in this battle of “Fortress Australia,” the score remains the same: Advantage Djokovic.