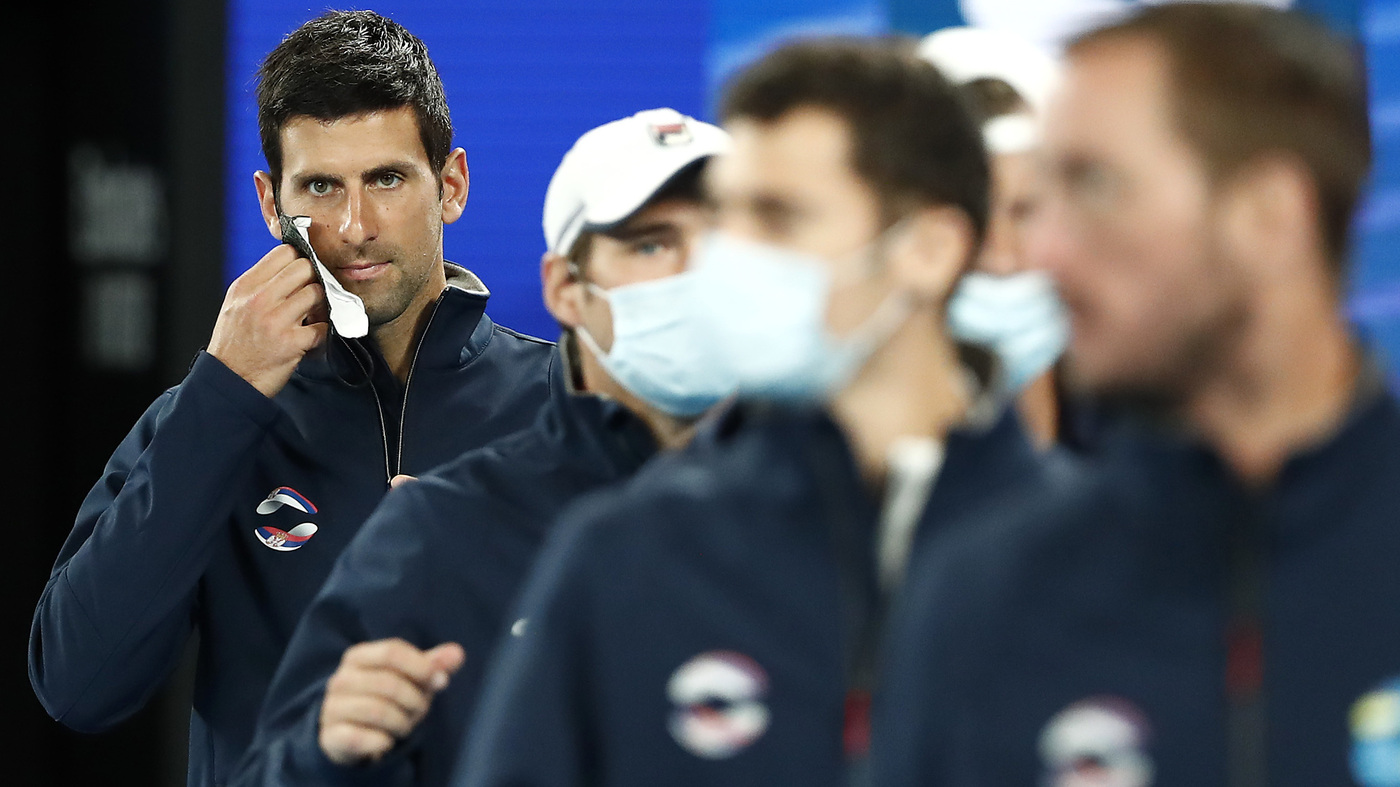 Novak Djokovic will play the Australian Open with a COVID vaccine exemption : NPR

Novak Djokovic will play in the 2022 Australian Open, after getting an exemption from vaccine requirements. He’s seen here removing his mask at the 2021 ATP Cup at Rod Laver Arena in Melbourne last February.

Novak Djokovic will play in the 2022 Australian Open, after getting an exemption from vaccine requirements. He’s seen here removing his mask at the 2021 ATP Cup at Rod Laver Arena in Melbourne last February.

Novak Djokovic, the top-ranked men’s tennis player who is also famously skeptical about coronavirus vaccination, will play in the Australian Open later this month, after receiving a special exemption from COVID-19 requirements.

The tournament’s defending champion posted a photo of himself smiling, next to his luggage. But some of the top responses to his Twitter post were not happy ones.

Happy New Year! Wishing you all health, love & joy in every moment & may you feel love & respect towards all beings on this wonderful planet.

I’ve spent fantastic quality time with loved ones over break & today I’m heading Down Under with an exemption permission. Let’s go 2022! pic.twitter.com/e688iSO2d4

“The news has just broken here in Melbourne and it’s fair to say NoVax is going to get a hot reception,” one commenter wrote. “We’ve done it hard here in recent times and ordinary people think this decision is a joke. He’s got no idea what he’s in for.”

Victoria, the state where the tournament is played, currently has 48,297 active COVID-19 cases, according to the latest information from the Victorian Department of Health. The state’s vaccination program has been very effective: 94.5% of residents ages 12 and up have gotten at least one vaccine dose, and roughly 93% have gotten two doses.

News of the exemption ends weeks of speculation about whether Djokovic, 34, would be allowed to compete in Melbourne despite strict rules on COVID-19 and vaccination. In November, the state government of Victoria stated that all players and others participating in the Australian Open must be vaccinated. In response, Djokovic’s father said his son would not travel to the tournament “under these blackmails and conditions.”

Djokovic has previously refused to clarify whether he’s been vaccinated. Instead, he’s spoken about the importance of free choice. But he aired his skepticism of the COVID-19 vaccine from early on, saying in April of 2020, “I wouldn’t want to be forced by someone to take a vaccine in order to be able to travel.”

The Australian Open says the decision to grant Djokovic a medical exemption was made after “a rigorous review process involving two separate independent panels of medical experts,” including those from the state government, according to Australia’s ABC network.

In December, the Victorian government and Tennis Australia said they would form an independent panel to review requests for medical exemptions.

“Any player who is granted a medical exemption will have gone through a two-stage, independent process to verify they have a genuine medical condition that meets the criteria for an exemption,” the Victorian government said, according to ABC.

Djokovic has won the past three editions of the Australian Open. Play in the 2022 tournament begins on Jan. 17 and runs through Jan. 30.

This story originally appeared on the Morning Edition live blog.