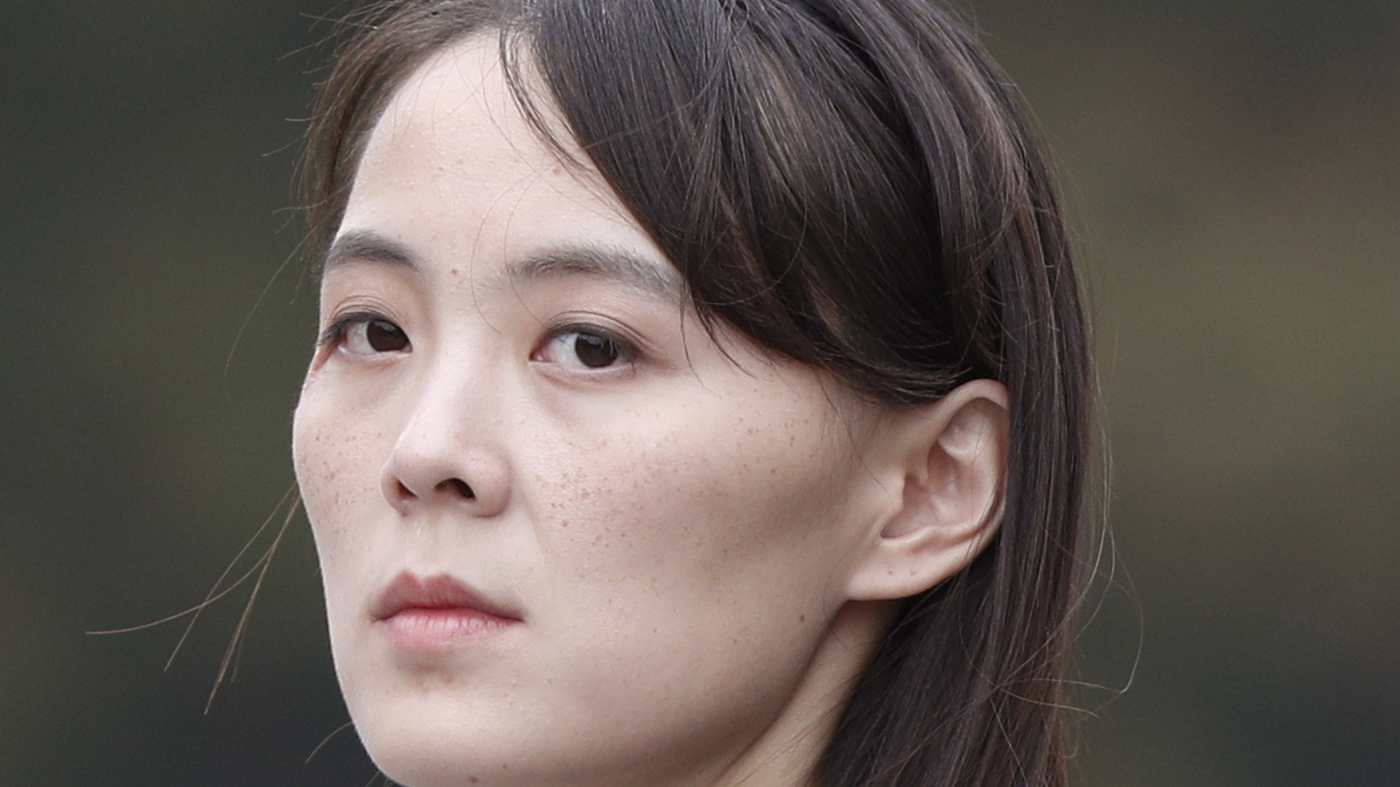 Kim Yo Jong’s statement came days after North Korea performed its first missile tests in six months, which some experts said were intended to show it would keep boosting its weapons arsenal if the U.S.-led sanctions stayed while nuclear diplomacy remains dormant.

She offered the talks while mentioning South Korean President Moon Jae-in’s call, issued in a speech at the U.N. General Assembly, for a political declaration to end the 1950-53 Korean War as a way to bring peace to the peninsula.

“Smiling a forced smile, reading the declaration of the termination of the war, and having photos taken could be essential for somebody, but I think that they would hold no water and would change nothing, given the existing inequality, serious contradiction therefrom and hostilities,” Kim Yo Jong said in the statement carried by state media.

She said North Korea is willing to restore “constructive” talks with South Korea to discuss how to improve and repair strained ties if the South stops provoking the North with hostile policies, far-fetched assertions and double-dealing standards.

Nam Sung-wook, a professor at Korea University in South Korea, said North Korea was putting indirect pressure on Seoul to work to arrange talks easing the sanctions as it pushes for the war’s end declaration.

“It’s like North Korea saying it would welcome talks on the end-of-the war declaration if lifting the sanctions can also be discussed,” Nam said.

The U.S.-led sanctions have been toughened following the North’s provocative run of nuclear and missile tests in 2016-17, and Kim Jong Un has said the sanctions, the coronavirus pandemic and natural disasters were causing the “worst-ever” crisis in North Korea.

Both Koreas had called for an end-of-war declaration to be made and a peace treaty to be signed during the period of diplomacy with the United States that began in 2018, and there was speculation then-President Donald Trump might announce the war’s end in early 2019 to convince Kim Jong Un to commit to denuclearization.

No such announcement was made as the diplomacy faded to a stalemate after Trump rejected Kim Jong Un’s calls for lifting the newer, toughened sanctions in return for a limited denuclearization step. Some experts say North Korea won’t find a reason to denuclearize after having those sanctions withdrawn.

Kim Yo Jong’s offer for talks was a stark contrast to a blunt statement by a senior North Korean diplomat issued earlier Friday that the end-of-war declaration could be a “smokescreen” covering up hostile U.S. policies — usually a reference to the sanctions as well as the U.S. military presence in the South.

Experts say the earlier statement targets the U.S. while the later one by Kim Yo Jong, who is in charge of Pyongyang’s relations with Seoul, focuses more on South Korea. They say both statements want Seoul and Washington to act first and drop sanctions if they want to see the resumption of the nuclear diplomacy.

Last week, North Korea conducted its first cruise and ballistic missile tests since March, demonstrating its ability to launch attacks on South Korea and Japan, two key U.S. allies where a total of 80,000 American soldiers are stationed. But North Korea still maintains its moratorium on nuclear and long-range missile tests directly targeting the American homeland, a sign that it wants to keep chances for future diplomacy with Washington alive.

“North Korea would think it doesn’t cross a (red line) set by the U.S. … so it says it can come to talks if conditions are rife” for sanctions relief, said Seo Yu-Seok at the Seoul-based Institute of North Korean Studies.

Nam said North Korea is expected to carry out more powerful weapons tests if the U.S. and South Korea don’t accept its demand for sanctions relief.

2022-08-06
Previous Post: China central bank vows harsh crackdown on cryptocurrency industry
Next Post: A 5-year-old running to her father is among those killed in Gaza.