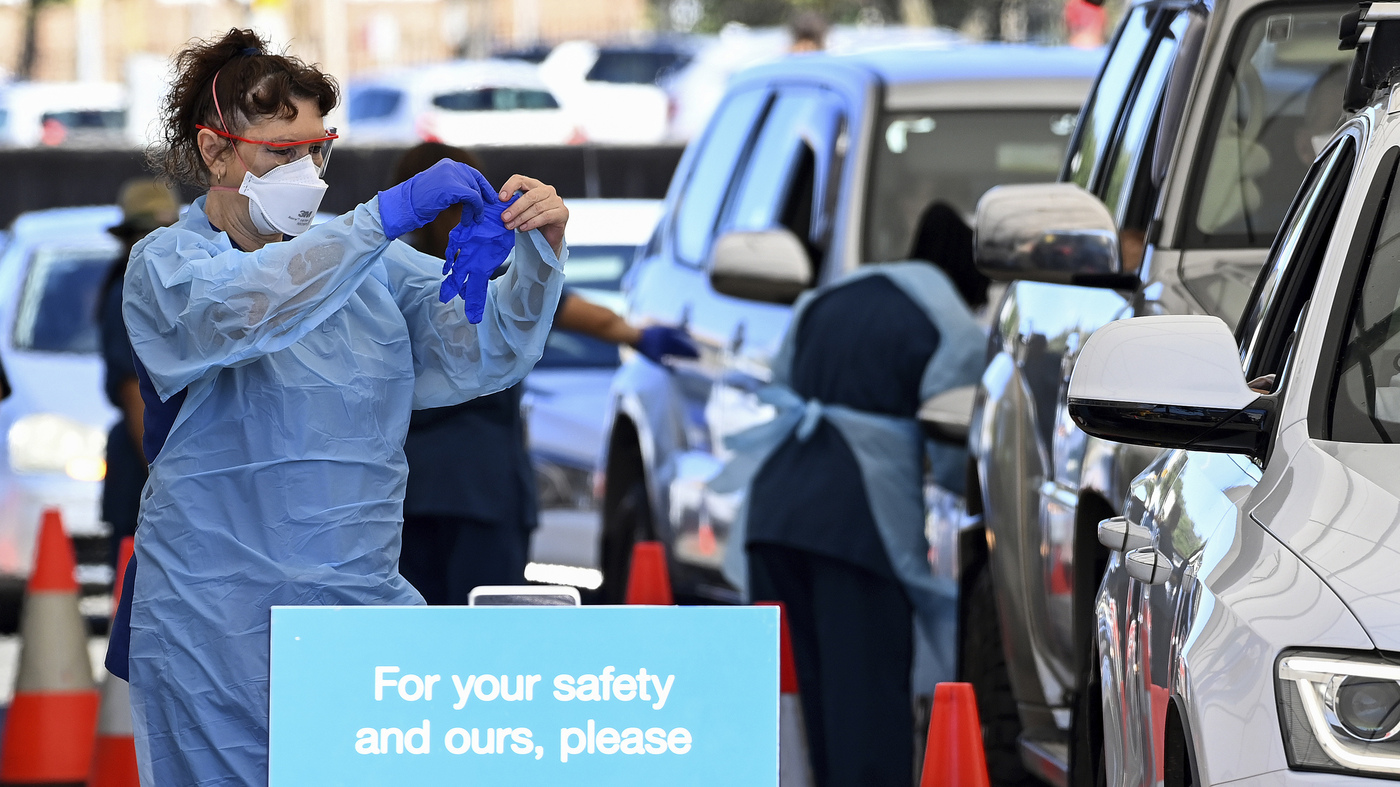 Health care workers administer COVID-19 tests at a drive-through clinic in Sydney, Friday, Dec. 31. Australian health authorities have reported a record 32,000 new virus cases, many of them in Sydney.

Health care workers administer COVID-19 tests at a drive-through clinic in Sydney, Friday, Dec. 31. Australian health authorities have reported a record 32,000 new virus cases, many of them in Sydney.

SYDNEY (AP) — New coronavirus infections soared again in Australia on Friday to a record of more than 32,000, just days after surpassing 10,000 for the first time.

Experts say the explosion is being driven by the highly contagious omicron variant and a recent relaxation of restrictions in Sydney and other areas.

More than 15,000 of the new cases were reported in Sydney. Another 5,000 cases came from elsewhere in New South Wales state, while almost 6,000 were confirmed in Victoria state, home to the second largest city of Melbourne.

While hospitalizations and deaths have been increasing from the surge, so far they haven’t reached comparative levels seen in previous outbreaks. And many cities were planning to go ahead with New Year’s Eve celebrations, including the famous fireworks display from the Sydney Harbor Bridge and Sydney Opera House.

Authorities were expecting far smaller crowds than in pre-pandemic years, when as many as 1 million revelers would crowd inner Sydney.

Prime Minister Scott Morrison remained upbeat despite the rising virus numbers and the many natural challenges the nation has recently faced.

“Despite the pandemic, despite the floods, the fires, continuing drought in some areas, the cyclones, the lockdowns, even mice plagues, Australia is stronger today than we were a year ago. And we’re safer,” Morrison said in a New Year’s Eve message.

“We have one of the lowest death rates and the highest vaccination rates from COVID anywhere in the world,” he said.

In New South Wales state, officials reported six new deaths while 763 patients were hospitalized, including 69 in intensive care. The state hasn’t been able to keep up with demand for tests, leaving people to wait for hours.

“While the case numbers are substantially increasing, compared to where we were with the delta variant, our position remains incredibly strong,” he said. “Our number one priority here in New South Wales is to keep our people safe and that will continue to be our priority as we move through this next phase.”