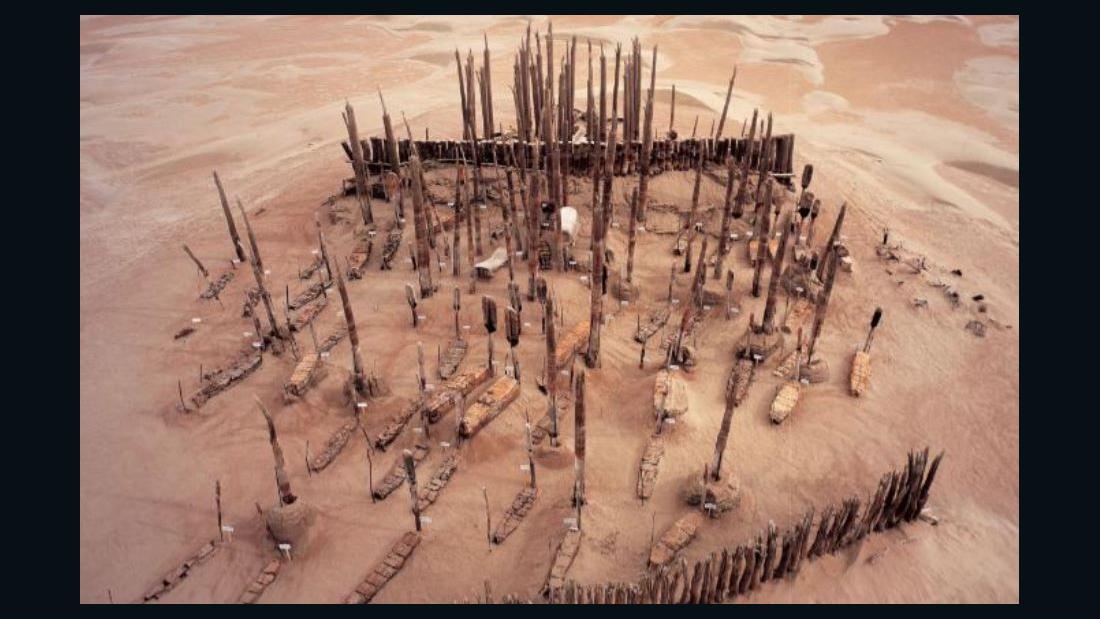 New techniques in ancient DNA analysis are providing more and more tantalizing details about prehistory, including some of the latest scientific discoveries in the past week.

In an inhospitable desert in northwestern China, hundreds of stunningly intact mummies, buried in boats, were discovered in the 1990s. The Bronze Age mummies date back as far as 4,000 years ago. Their identity has long stumped archaeologists.

In a new study, scientists sequenced the genomes of 13 of the bodies and found they were descendants of ice age hunter-gatherers.

While this population was genetically isolated, the mummies’ clothing and the foods in their unusual graves suggested they interacted widely with other groups living in the region at the same time. But the boats they were buried in still remain a mystery.

Ancient DNA containing secrets of the past isn’t just found in old bones.

All animals, including humans, shed genetic material when they lose hair, slough off dead skin cells, pee, poop and bleed. This genetic material leaches into the soil, where it can remain for tens, if not hundreds, of thousands of years — when the conditions are right.

To track the whereabouts of woolly mammoths and other giant creatures of the ice age, scientists took soil samples from locations across the Arctic, extracting DNA from permafrost and sediment in an ambitious study.

Competing theories have been up for debate for a century, but what the research team found suggested it was climate change that doomed mammoths to extinction. In fact, the last stand of these megafauna took place in a unique Arctic ecosystem that doesn’t exist today.

The first planet outside our own solar system was discovered in 1995 — a feat that was awarded the Nobel Prize for Physics in 2019.

We currently know of over 4,000 of these exoplanets. However, all of the identified exoplanets spin inside the Milky Way, our local galaxy, and are less than 3,000 light-years away.

Now, NASA’s Chandra X-ray Observatory may have detected signs of the first planet transiting a star outside of the Milky Way. Located in the Whirlpool Galaxy, the possible planet would be about 28 million light-years away.

However, due to its large orbit, it will be up to the next generation of astronomers to confirm whether scientists have discovered an extragalactic exoplanet, using a strategy involving X-ray wavelengths.

This might be the most weirdly cute animal you’ve never heard of. Dicynodonts lived from about 270 million to 201 million years ago, before the rise of the dinosaurs. Rat-like to elephantine in size, these creatures had a turtle-shaped head and tusks protruding from the upper jaw.

Their fossils are shedding light on the evolution of a striking bit of anatomy common in mammals alive today — think hippos, warthogs, walruses and elephants — but not found in birds, fish or reptiles: Dicynodonts were the first animals to sport tusks.

Surprisingly, there wasn’t a single moment in their evolutionary history where tusks evolved, researchers learned, but the variations did share a combination of features found in present-day mammals.

If you’ve ever caught the beat to “We Will Rock You” by Queen, you share more in common with lemurs in Madagascar than you might think.

It turns out the rhythm patterns in that song are shared by intriguing vocalizations made by our primate cousin the Indri indri, an endangered species of lemur that’s one of a few animal species with a sense of rhythm.

Figuring this out wasn’t easy — researchers spent years tracking indris to capture recordings of them singing in the rainforest canopy. The results could further our understanding of the origins of rhythmic abilities.

— A new type of DNA analysis has revealed the closest living relative of legendary Lakota Sioux Chief Sitting Bull.
— Incidents of great white sharks biting humans have been thought to be a case of mistaken identity — and now the latest research shows why this may really be what’s happening.
— Marvel at the captivating images that won the British Ecological Society’s photography competition.
And to mark this Halloween, check out the science behind fear — whether you’re a scaredy-cat or love a good fright.

Like what you’ve read? Oh, but there’s more. Sign up here to receive the next edition of Wonder Theory in your inbox. Say hello and tell us what you’d like to see more of in the newsletter at sciencenewsletter@cnn.com.