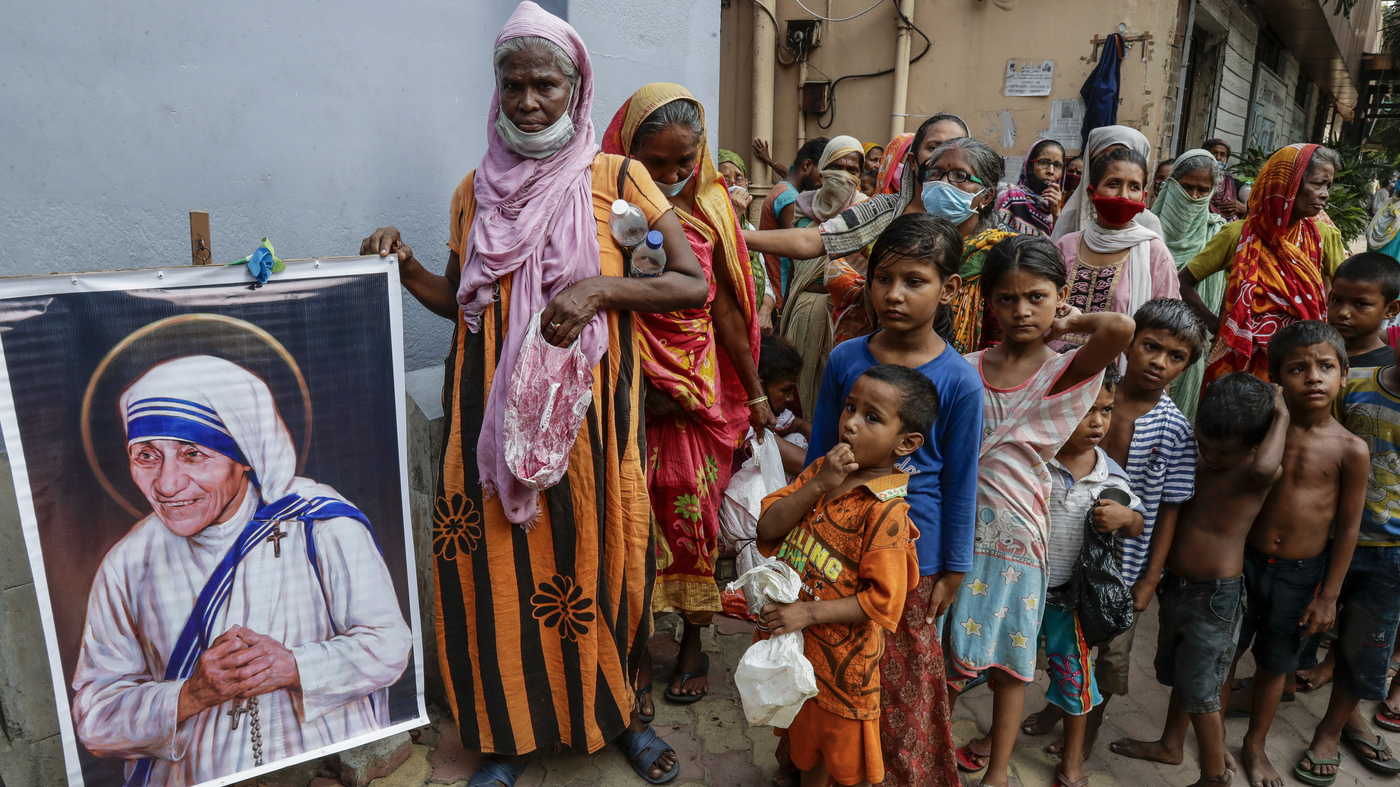 Homeless people gather beside a portrait of Saint Teresa, the founder of the Missionaries of Charity, to collect free food outside the order’s headquarters in Kolkata, India, in August.

Homeless people gather beside a portrait of Saint Teresa, the founder of the Missionaries of Charity, to collect free food outside the order’s headquarters in Kolkata, India, in August.

For decades, a tiny Catholic nun in her signature blue and white sari cared for the sick and dying in the slums of what was then called Calcutta.

Mother Teresa’s work drew donations from around the world. After her 1997 death and 2016 canonization, the group Mother Teresa founded in India, the Missionaries of Charity, has grown into one of the most recognizable Christian charities in the world. It has continued to fundraise globally to pay for the hospices, soup kitchens, leper colonies and orphanages it operates across India.

But this Christmas, that funding was severed.

Late Monday, the Indian government confirmed that on Dec. 25 it officially refused to renew a permit called the Foreign Contribution Regulation Act (FCRA), which allows the Missionaries of Charity to fund its operations in India with money from abroad.

The government said it noticed some “adverse inputs” while reviewing the charity’s application for renewal. It did not elaborate.

It’s unclear how the rejection will affect future operations for dozens of institutions run by the Missionaries of Charity in India. The group did not immediately respond to NPR’s request for comment.

India is home to some 30 million Christians, or about 2.3% of the population. They’re the largest religious minority, after Muslims.

Prime Minister Narendra Modi’s Hindu nationalist government has accused the Missionaries of Charity and other Christian groups of trying to force Hindus to convert. The charity has denied the government’s accusations.

Earlier this month, police in the western state of Gujarat filed a legal case against a homeless shelter for girls run by the Missionaries of Charity. They accused the group of forcing Hindu girls to marry into Christian families.

An Albanian national born in 1910 in what is now North Macedonia, Mother Teresa was awarded the Nobel Peace Prize for her work in 1979. Pope Francis elevated her to a Catholic saint in 2016.