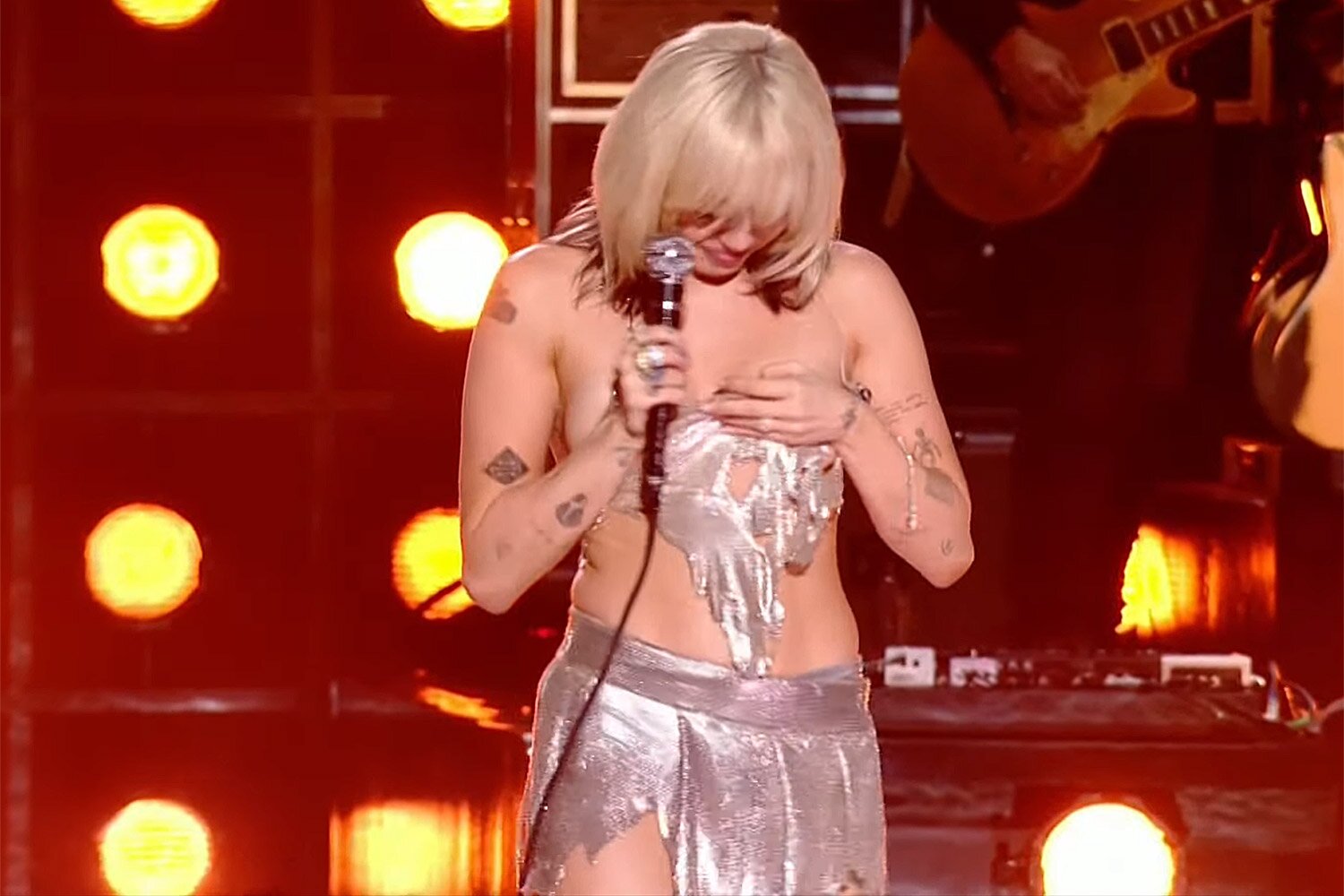 After ringing in the New Year on her NBC New Year’s Eve special, titled Miley’s New Year’s Eve Party, the 29-year-old singer lost her top during a performance, causing her to quickly improvise and change her attire, all while continuing on with her set.

The moment took place after Cyrus performed her hit “We Can’t Stop” and transitioned to another popular tune, “Party in the U.S.A.” As she strutted around the stage in a silver outfit, Cyrus could be seen holding onto her top as she sang the opening lyrics of the song, before she then made her way backstage as her backup singers and band continued to play.

Amid the song’s first chorus, the “Angels Like You” crooner returned to the stage in a red blazer she had previously donned earlier in the program.

“Everybody’s definitely looking at me now,” Cyrus quipped, channeling the lyrics to the 2009 song. “I’m still in the most clothes that I’ve ever worn on stage,” she added in between lyrics.

“Thank you so much, everybody, thank you. Tonight’s show was all about being flexible, rolling with the punches, and making the best out of even the worst circumstances. And that resilience shouldn’t end here. Let’s bring that into the New Year with us,” Cyrus said at the end of the program. “We’ve all learned how to expect the unexpected, and rather than see it as a problem, let’s see it as an opportunity. I wish everyone here in Miami and everyone watching from home a happy and healthy 2022. Thank you for making tonight possible. You were really all that I needed to have the ultimate party.”

The special, which aired live on NBC and live-streamed on Peacock, was filmed in Miami as the nation deals with the COVID-19 pandemic and the surge of the omicron variant. Cyrus stated at the beginning of the show that the entire crowd was vaccinated.

“In what is sure to be an exciting and fun evening, we are looking forward to partnering with Lorne Michaels and ringing in 2022 with a night of incredible entertainment, led by Miley and Pete,” Jen Neal, Executive Vice President, Live Events, Specials and E! News, NBCUniversal, said last month in a statement.

The special marks the first time Carson Daly had not hosted NBC’s New Year’s Eve coverage since 2004 (with the exception of Dec. 31, 2017, when it didn’t air due to an NFL broadcast).