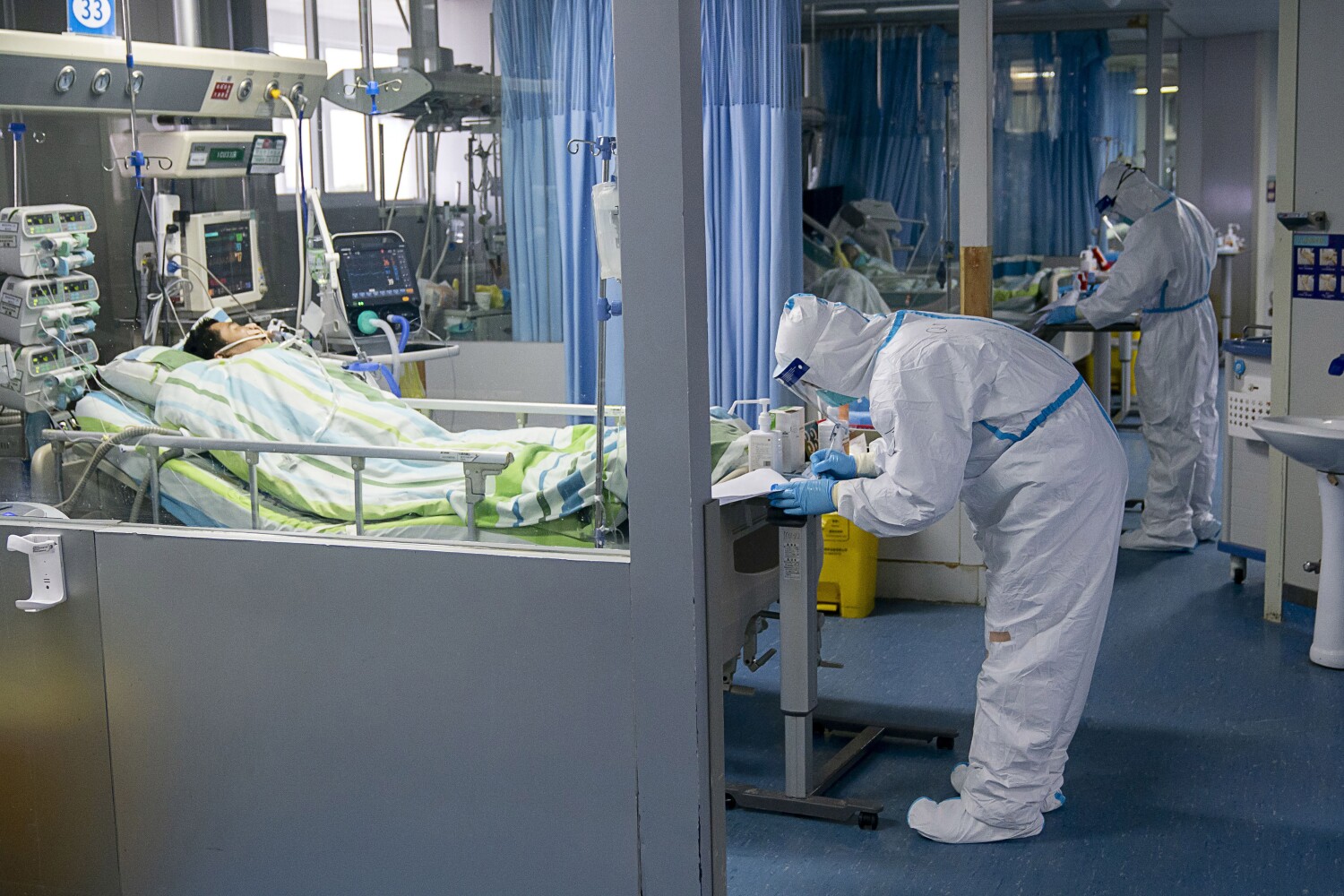 COVID-19 patients in Wuhan were among the pandemic’s first victims, and a comprehensive new study finds that a year after shaking the coronavirus, survivors were more likely than their uninfected peers to suffer from mobility problems, pain or discomfort, anxiety and depression.

A detailed accounting of 1,276 people hospitalized for COVID-19 in the pandemic’s opening months reveals that a full year later, almost half continued to report at least one lingering health problem that is now considered a symptom of “long COVID.”

One out of five said they had continued fatigue and/or muscle weakness, and 17% said they were still experiencing sleep difficulties. Just over one in four said they were suffering anxiety or depression in the wake of their bout with the SARS-CoV-2 virus.

For the growing number of patients who identify themselves as COVID “long haulers,” the new accounting offers cause for optimism — and concern. The period from six to 12 months after infection brought improvement for many. But most patients struggling with symptoms at the six-month mark were not yet well six months later.

The findings, catalogued by a team of Chinese researchers, were published late Thursday in the medical journal Lancet.

“This is not good news,” said David Putrino, a rehabilitation specialist who works with COVID long haulers at Mount Sinai Hospital in New York. “If you run the numbers here, about one-third of the group that had persistent symptoms are getting better after 12 months, while two-thirds are not.”

Putrino also called the findings a “wake-up call” to public health officials that even when the pandemic is over — a distant enough prospect in the midst of a fourth wave of infections — its downstream consequences will not be.

“We’re going to need resources for many years to come to deal with these patients,” he said.

There will be a lot of them. More than 87,000 COVID-19 patients are being hospitalized each day in the United States, and 2.7 million have receiving hospital care in the past year alone.

The half who contend with persistent symptoms will show up in doctors’ offices with clusters of vague and perplexing complaints including brain fog, heart palpitations, pain and exhaustion. And despite emerging evidence that time and specialized treatment can help many to improve, few will have the wherewithal to spend months in intensive rehabilitation for their symptoms, Putrino said.

An editorial published alongside the new study noted that only 0.4% of COVID long haulers are receiving rehabilitative treatment for their symptoms.

Even as scientists puzzle over the common biological mechanisms of long COVID’s diverse symptoms, healthcare providers “must acknowledge and validate the toll of the persistent symptoms of long COVID on patients, and health systems need to be prepared to meet individualised, patient-oriented goals, with an appropriately trained workforce,” Lancet’s editors wrote.

The new research also offered some glimmers of hope.

When the study’s COVID-19 patients were examined at six months, 68% said they had at least one of 15 symptoms considered hallmarks of long COVID, which is also known as Post-Acute Sequelae of COVID, or PASC. At one year, 49% were still afflicted by at least one of those symptoms.

The proportion of patients with ongoing muscle weakness and fatigue dropped from 52% to 20% during that time. Patients experiencing loss of smell dropped from 11% to 4%, and those afflicted with sleep problems fell from 27% to 17%. The 22% who reported hair loss at six months dwindled to 11% a full year out.

At the same time, the numbers of patients reporting breathing difficulties saw a slight increase, rising from 26% at six months to 30% after a year. Likewise, patients who reported new depression or anxiety increased from 23% to 26% during that period.

Study co-author Xiaoying Gu from the China-Japan Friendship Hospital in Beijing said the slight uptick in anxiety and depression was, like all of long COVID’s symptoms, hard to explain.

The psychiatric symptoms “could be caused by a biological process linked to the virus infection itself, or the body’s immune response to it,” he said. “Or they could be linked to reduced social contact, loneliness, incomplete recovery of physical health or loss of employment associated with illness.”

Patients who required mechanical ventilation were more likely than those with less severe illness to have measurable lung impairment and abnormal chest X-rays at both six and 12 months.

But in the tally of more subjective long COVID symptoms, the difference between the most severely ill and those who required no supplemental oxygen at all was very small.

That finding underscores the fact that even patients who are only mildly ill are at risk of developing a range of persistent symptoms.

Of the study population’s 479 patients who held jobs when the pandemic struck, 88% had returned to work a year after their illness. Most of the 57 who did not return said they either could not or were unwilling to do the tasks required of them.

The findings from the Wuhan patients also tracked with the widespread observation that persistent post-COVID infection symptoms are more common in women than in men. Women who had been hospitalized for COVID-19 were twice as likely as their male counterparts to report depression or anxiety 12 months later. In addition, they were close to three times as likely to show evidence of impaired lung function, and 43% more likely to report symptoms of fatigue and muscle weakness.

All of the study’s participants were treated at a single hospital in Wuhan, where reports of a mysterious new form of pneumonia first surfaced in December 2019. The researchers followed a large group of patients sickened in the first five months that the outbreak.

That makes the Lancet report one of the earliest and largest accounts of lingering COVID-19 symptoms to be tallied and vetted by other researchers, and the only one to compare such patients to a group of uninfected peers matched on a wide range of demographic and health attributes.

One thing is already clear, the journal editors noted: “Long COVID is a modern medical challenge of the first order.”