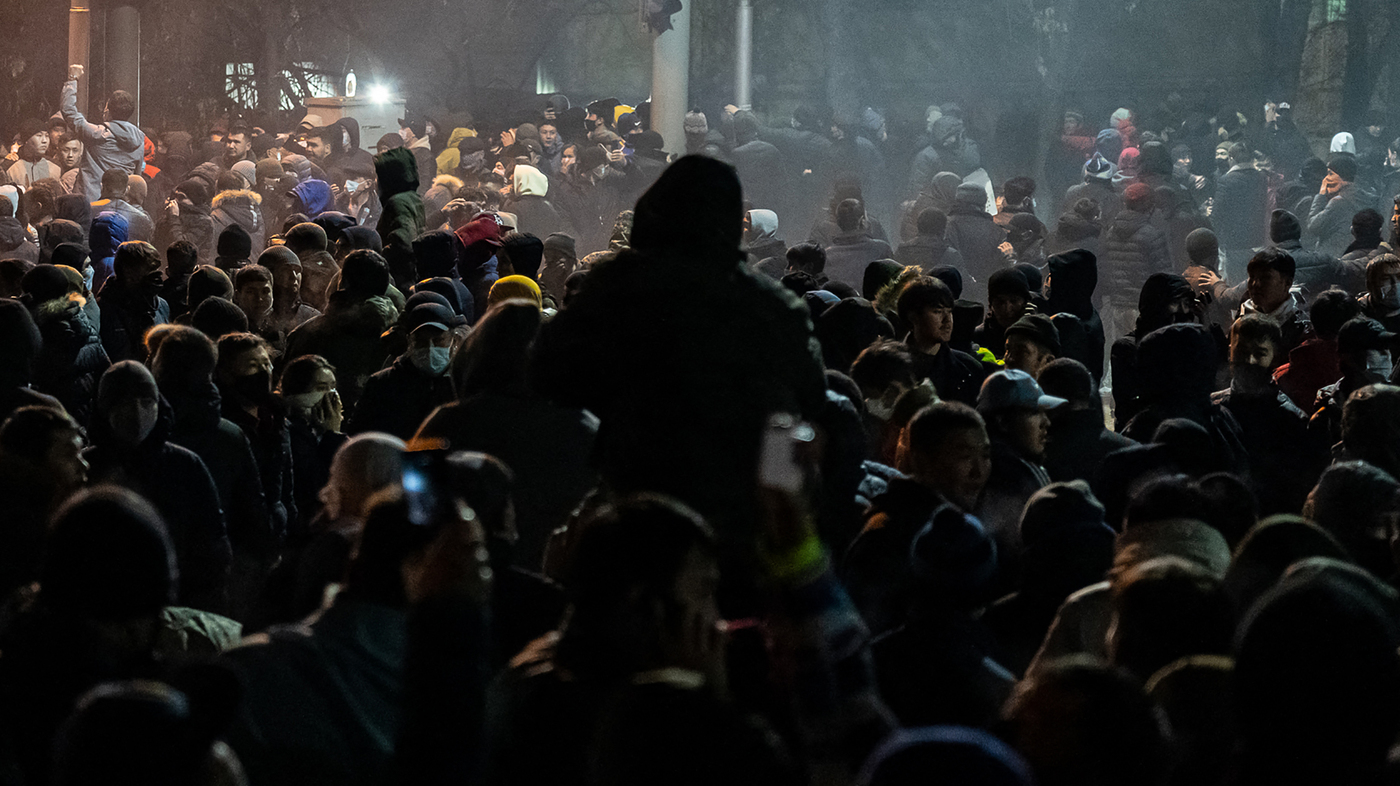 Kazakhstan is in turmoil after massive protests force the government to resign : NPR

Protesters rally in Almaty on Monday after fuel price hikes.

Protesters rally in Almaty on Monday after fuel price hikes.

Powerful anti-government protests are rocking Kazakhstan after a sudden hike in fuel prices drew intense public condemnation over the weekend.

The entire presidential cabinet has resigned in response to the unrest and a state of emergency has been extended throughout the country. Protesters have seized the airport in the largest city, Almaty, and stormed public buildings as protests spread.

Thousands of citizens have been protesting in cities and towns around the Central Asian country since Sunday when the government lifted a price cap on liquefied petroleum gas, used by many to power vehicles in the oil-rich nation. Kazakhs were outraged when oil prices doubled overnight.

Protests originally sparked in the western part of the country where much of the nation’s oil is produced. Outlets report the current unrest originated in the western city of Zhanaozen, the site of a police massacre in 2011 where at least 15 people were killed during a crackdown on oil workers.

NPR’s Russia correspondent Charles Maynes says protesters aren’t only fed up with the fuel price increase but are also taking to the streets to decry the post-communist politics of the former Soviet republic.

In a bid to defuse tension, President Kassym-Jomart Tokayev announced the removal of the country’s longtime strongman, Nursultan Nazarbayev, as head of the nation’s Security Council. Nazarbayev led the country for almost 30 years as president and maintained significant power even after leaving that role. Accused of frequent human rights abuses, he used autocratic methods to amass power and influence elections.

“Now, Nazarbayev is seen as the real power in the country and the object of protesters’ ire; with protesters chanting ‘Leave old man, leave’ as they storm the streets,” Maynes reports.

As of last night, the country is experiencing a nationwide internet outage, according to the watchdog group NetBlocks, limiting press coverage, watchdog access and communications within and outside the country.

President Tokayev has reinstated the price controls and urged the public to stop the demonstrations. Reports from the region seem to indicate the protesters do not yet have any universal demands.

This story originally appeared in the Morning Edition live blog.

2022-01-05
Previous Post: Dina Asher-Smith is poised to thrive on the biggest stage of all in Tokyo – News Sky Sport 2021
Next Post: Asia-Pacific stocks set to drop; Japan’s retail sales data ahead