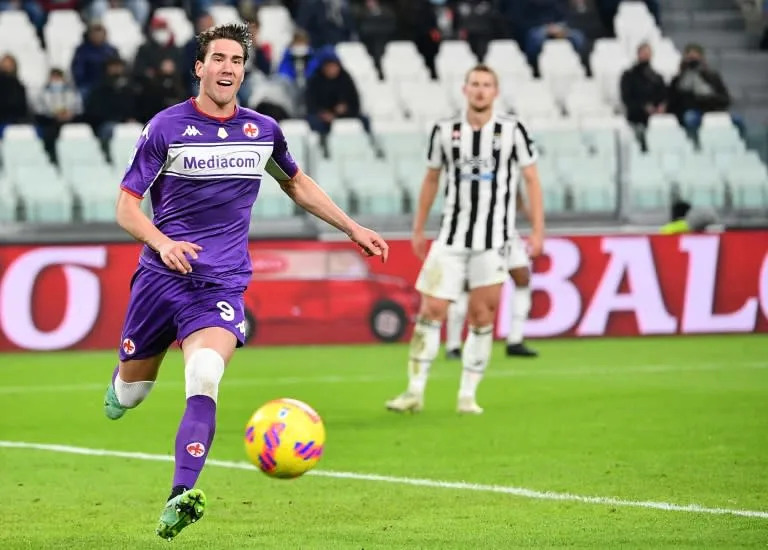 Juventus begin a crucial month for the season with the visit of old rivals Napoli as Serie A returns to action on Thursday, with a Covid-19 resurgence looming large over fixtures.

Dozens of players among the top division’s 20 clubs are out of action with the virus, with Juve captain Giorgio Chiellini one of those sidelined after testing positive and 15 new cases among Verona and Udinese’s squads announced on Tuesday.

And the rapid spread of the virus has led to stadium capacities being cut back to 50 percent as the Italian government tries to keep the lid on another wave of the pandemic.

Napoli coming to town marks the start of a run of tricky fixtures for Massimiliano Allegri’s side, who are fifth, a full 12 points behind league leaders and reigning champions Inter Milan.

They also have to take on Roma, AC Milan and Atalanta — who are four points ahead of Juve in the final Champions League spot — all before mid-February.

Chiellini’s absence and injury to his club and Italy defensive partner Leonardo Bonucci leaves Juve shorn of two of their most influential players, while in attack Paulo Dybala and Federico Chiesa will be on the bench after recovering from injury.

Napoli will arrive in Turin with a long absentee list, largely thanks to players at the Africa Cup of Nations and Covid cases, with coach Luciano Spalletti set to stay at home with Covid after testing positive on Tuesday.

Star striker Victor Osimhen, who has already missed a chunk of fixtures with facial fractures, is also positive alongside Hirving Lozano, Eljif Elmas, Kevin Malcuit and Mario Rui, who is however suspended for Thursday’s match.

Spalletti’s side have a seven-point gap to make up on Inter after a disastrous December in which they ceded top spot and dropped down to third following three straight home defeats, and are also without defensive lynchpin Kalidou Koulibaly and Andre-Frank Zambo Anguissa, both at the Cup of Nations.

Ready to pounce are AC Milan and Roma, who face off at the San Siro hoping to gain ground in their respective title and Champions League races.

Second-placed Milan can extend the three-point gap between them and Napoli while Jose Mourinho’s Roma are two behind Juve in sixth.

Worst hit by the virus are Salernitana, who with nine players positive have asked for their match with Venezia — their first since their place in Serie A was saved — to be postponed after health authorities again blocked their players from playing.

Businessman Danilo Iervolino stepped in at the last minute to make sure that Salernitana, bottom of Serie A, were not booted from Italy’s top flight over the New Year by buying the club and ending Lazio president Claudio Lotito’s reign as owner.

The club had been in limbo after the Italian Football Federation refused to extend until the end of the season the December 31 deadline for appointed independent directors to sell the club and end a double ownership banned by federation rules.

Salernitana have not played a match since being hammered 5-0 by Inter on December 17, their last match of 2021 abandoned after local health authorities banned them from travelling to Udinese four days later, and the rash of virus cases at the southern club means Thursday’s match is likely suffer the same fate.

All eyes are on Fiorentina forward Vlahovic with the January transfer window under way. The Gazzetta Dello Sport have reported that Arsenal were preparing a 70 million-euro bid to get their hands on one of Europe’s hottest young talents midway through the season.

Italy’s leading scorer with 16 goals, the 21-year-old would reportedly prefer to stay in Florence until the end of the campaign but with interest hotting up in England and Spain, this could be one of the last times fans get to see him turn out in Viola.

68 – the number of players out with Covid-19 infections as of Tuesday evening, according to an AFP count.

16 – Vlahovic leads the Serie A scoring charts with this total, three ahead of Italy striker Ciro Immobile.

2022-01-06
Previous Post: Hawkish Fed minutes weigh on riskier assets
Next Post: China lashes out at US over support for Lithuania