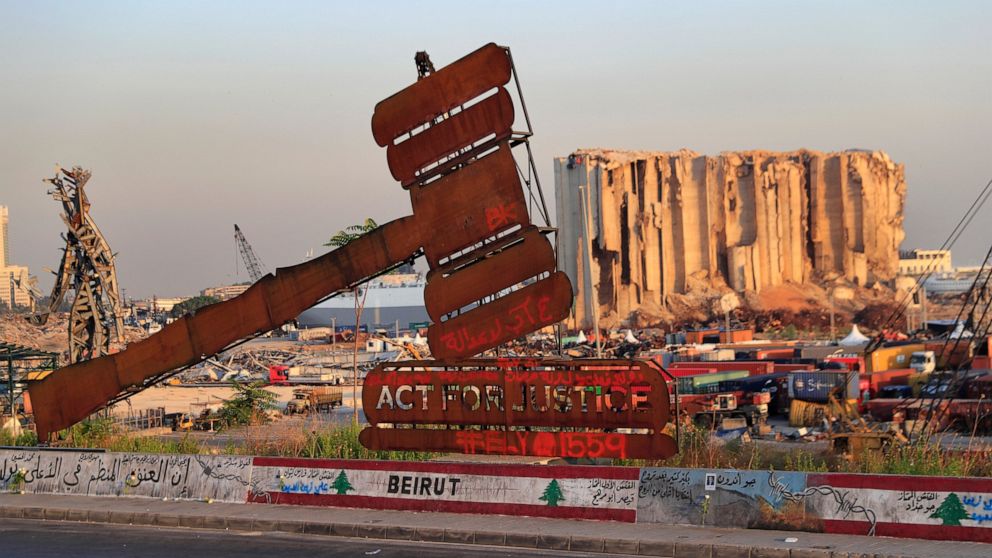 Youssef Fenianos, the former public works minister, is one of a number of former government officials who have declined to appear before investigating judge Tarek Bitar.

Bitar has charged Fenianos and three other former senior government officials with intentional killing and negligence that led to the deaths of more than 200 people in the blast and over 6,000 wounded.

Bitar also summoned the former and current security chiefs. The former prime minister has also refused to appear before the judge.

Hundreds of tons of ammonium nitrate, a highly explosive material used in fertilizers, had been improperly stored in the port for years. It finally exploded on Aug. 4, 2020, devastating parts of the capital Beirut.

The Lebanese investigation has been running into major obstacles, including the removal of Bitar’s predecessor on charges he violated the constitution by summoning government officials. More than a year after the blast, there are still no answers to what triggered the explosion, and no one has been held accountable.

On Wednesday, more than 140 local and international organizations and survivors of the blast have repeated a call issued earlier urging a U.N.-backed probe into the blast to mete out justice.

In their plea, the groups said government officials have refused to appear for questioning and authorities declined to lift immunity to allow for prosecution of members of parliament or senior government and security officials.

“Political leaders have attempted to cast doubt on Judge Bitar’s impartiality, accusing him of being politicized,” the groups said and criticized Lebanese security forces for forcefully breaking up protests by families of the blast victims on at least two occasions. “The failures of the domestic investigation to ensure accountability dramatically illustrates the larger culture of impunity for officials that has long been the case in Lebanon.”

Fenianos’ legal team argued Thursday that the matter is no longer for Judge Bitar to investigate after parliament opened a review into the charges leveled against lawmakers and government officials.

The blast was one of the largest non-nuclear explosions ever recorded and was the most destructive single incident in Lebanon’s troubled history. Lebanon has a long history of violence that goes unpunished and a legal system widely criticized for falling under political influence.