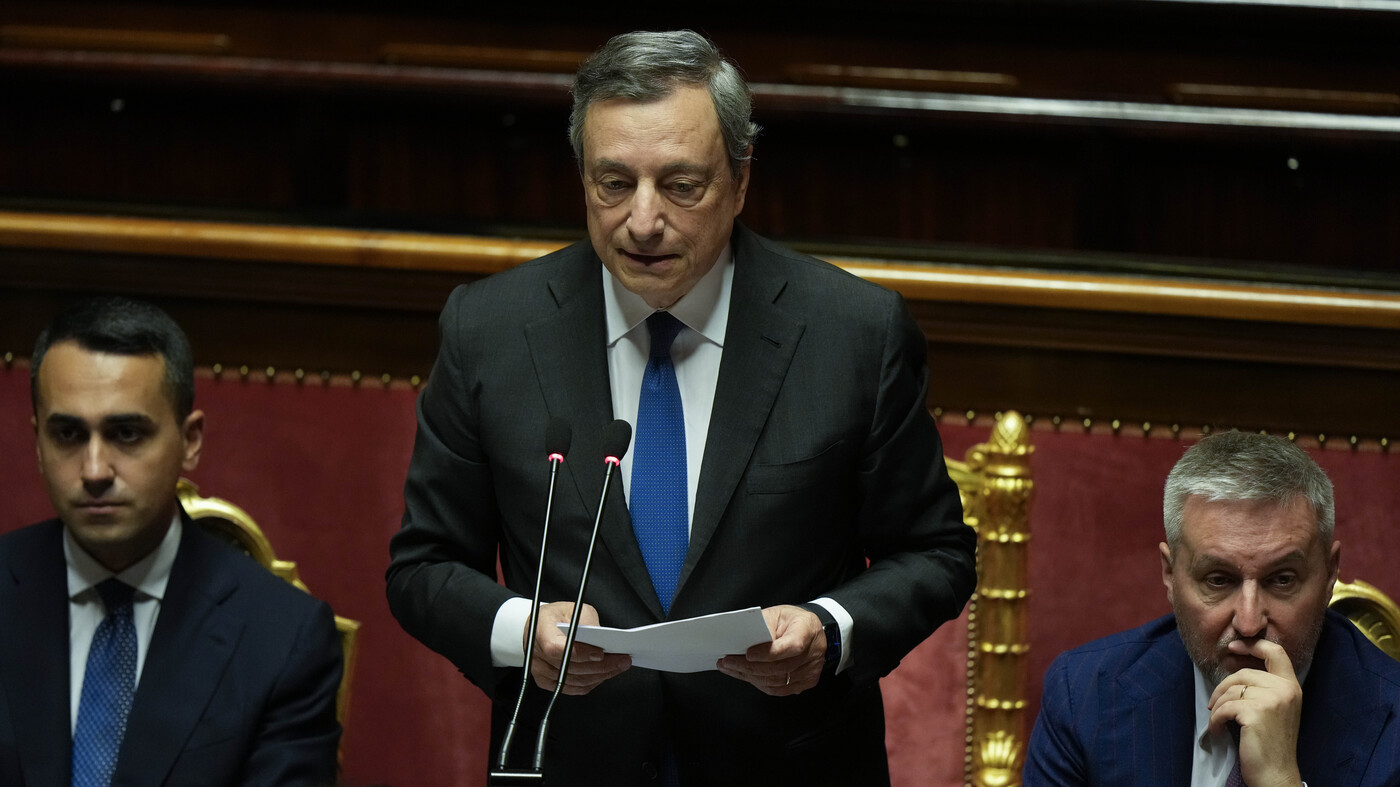 ROME — Italian Premier Mario Draghi won a confidence vote Wednesday in the Senate, but it was a hollow victory after three of his key coalition allies boycotted the voting, virtually dooming any prospects for his unity government’s survival.

The vote Wednesday went 95-38 in the favor of Draghi’s government in the 315-member Senate, after lawmakers deserted the roll call in droves.

“In these days of folly, Parliament decides to go against Italy,” tweeted Enrico Letta, a former premier who leads the Democratic Party, the only large party in the ruling coalition to back Draghi in the confidence vote. “Italians will show themselves at the ballot box to be wiser than their representatives.”

The rapid unraveling of Draghi’s 17-month-old coalition could prompt President Sergio Mattarella to dissolve Parliament, opening the path to holding an early election as soon as late September.

Coalition turmoil prompted Draghi last week to offer his resignation, but Mattarella rejected the bid and asked the premier to take his case to Parliament. After hours of debate Wednesday on his fate, Draghi asked the Senate to vote on a confidence measure calling on him to keep on governing. But his national unity government’s staying power dramatically fell apart.

The coalition’s implosion came despite an unprecedented outpouring of sentiment by ordinary Italians in the last few days appealing for Draghi to keep on governing, amid soaring inflation, high energy costs and a surge in pandemic infections.

The former European Central Bank chief — considered by financial markets to be a guarantor of fiscal stability in Italy — had challenged his coalition partners to recommit to a unity pact.

Assuming Draghi tenders his resignation again, Mattarella could hold a round of consultations with party leaders before deciding his next move.

The president could see if parties might agree to a short-lived, limited government by a non-political figure, like the current finance minister, to help ensure that lawmakers could pass the annual budget, whose first draft is due in mid-October. But with a raft of Italian parties already proclaiming themselves ready for an early election, that appeared unlikely.

Opinion polls of voters have indicated neck-to-neck percentages for Letta and Giorgia Meloni, who leads the far-right Brothers of Italy party, the main opposition party now. If Meloni stays teamed up with her traditional allies, Salvini and Berlusconi, in an election alliance, she stands a good chance of clinching her goal of becoming Italy’s first female premier.

Letta’s Democrats had been counting on an election alliance with the 5-Stars, but the split over the confidence vote makes that difficult.

“Nothing will be the same tomorrow, as political parties go,” said Matteo Renzi, another former premier who leads a centrist party that voted for Draghi.

In recent weeks, Draghi was bombarded with ultimatums from 5-Star leader Giuseppe Conte, his predecessor in the premiership. The populists have criticized Italian military help for Ukraine, as did Salvini. That prompted one lawmaker last week to describe Draghi’s impending departure as “a gift” to Russian President Vladimir Putin.

Since Russia invaded Ukraine, Draghi has also pressed efforts to slash Italy’s dependence on Russian gas, including forging agreements with Algeria, which he visited this week.