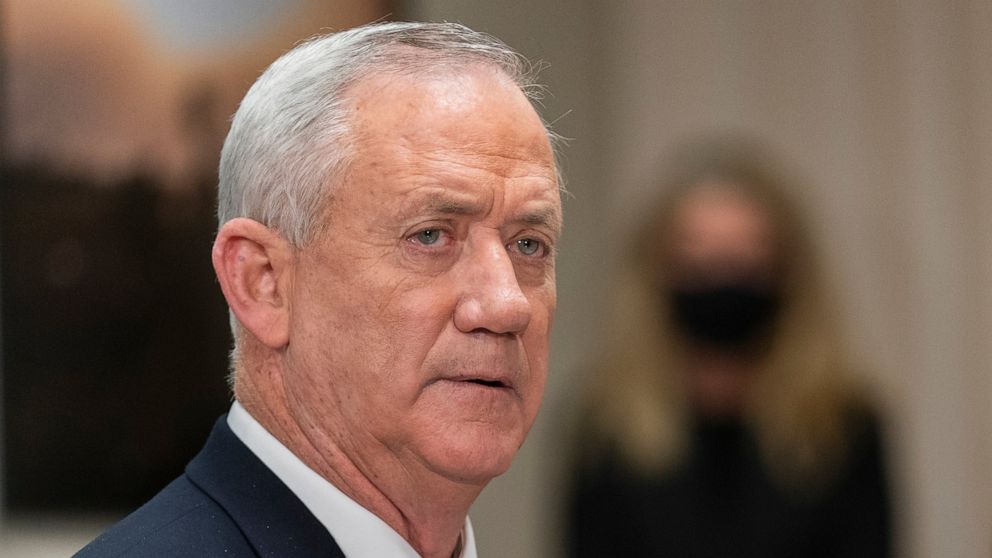 JERUSALEM — Israel’s defense minister approved a raft of measures aimed at improving relations with the Palestinians on Wednesday following a rare meeting with Palestinian President Mahmoud Abbas in Israel.

Defense Minister Benny Gantz met with Abbas at his private residence in a Tel Aviv suburb late Tuesday night. It was the first time Abbas met an Israeli official inside Israel since 2010. The two discussed security coordination between Israel and Abbas’ Palestinian Authority, which administers pockets of the occupied West Bank.

Gantz’s office said he approved “confidence-building measures” including the transfer of tax payments to the Palestinian Authority, the authorization of hundreds of permits for Palestinian merchants and VIPs, and approving residency status for thousands of Palestinians in the West Bank and Gaza Strip.

Israel collects hundreds of millions of dollars worth of taxes on behalf of the PA as part of the interim peace agreements signed in the 1990s.

The tax transfers are a key source of funding for the cash-strapped Palestinians, but Israel has withheld funds over the PA’s payment of stipends to thousands of families that have had relatives killed, wounded or imprisoned in the conflict. Israel says the payments incentivize terrorism, while the Palestinians say they provide crucial support to needy families.

Israel approved residency for some 9,500 Palestinians. Israel controls the Palestinian population registry, and over the years its policies have left an estimated tens of thousands of Palestinians without legal status, severely limiting their freedom of movement, even within the occupied territories. Israel granted legal status to some 4,000 Palestinians in October.

Israeli Prime Minister Naftali Bennett is opposed to Palestinian statehood. His government has shown no interest in reviving peace talks, which broke down more than a decade ago, but has said it wants to reduce tensions by improving living conditions in the West Bank. Recent months have seen a surge in violence by Israeli settlers against Palestinians in the West Bank and Palestinian attacks on Israelis in east Jerusalem and the West Bank.

The Palestinians seek an independent state that includes all of the West Bank, east Jerusalem and the Gaza Strip, areas Israel captured in the 1967 Mideast war.

Hamas seized Gaza from Abbas’ forces in 2007, a year after the Islamic militant group won a landslide victory in parliamentary elections. Gaza has been under an Israeli-Egyptian blockade since then.