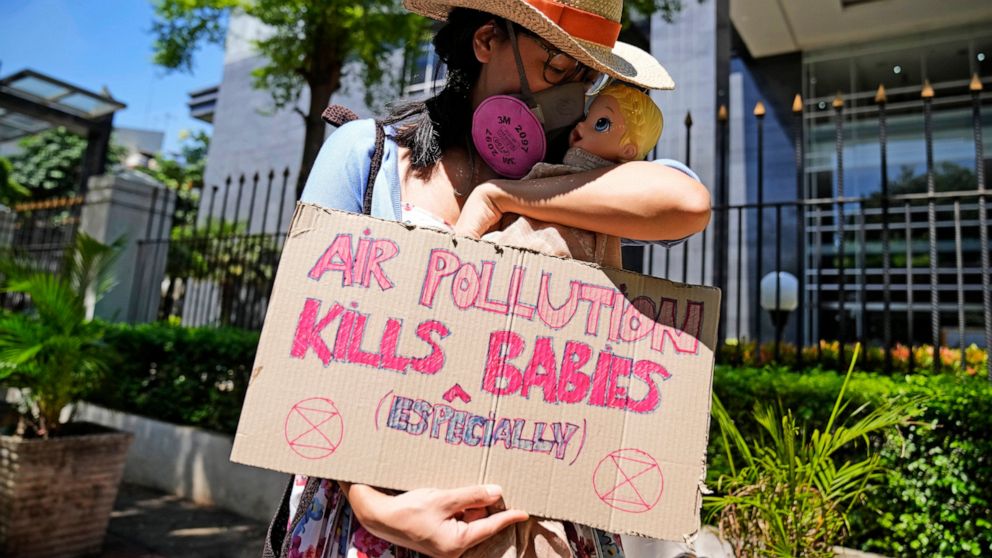 JAKARTA, Indonesia — An Indonesian court ruled Thursday that President Joko Widodo and six other top officials have neglected citizens’ rights to clean air and ordered them to improve the poor air quality in the capital.

A three-judge panel at the Central Jakarta District Court notched a victory for a healthy living environment, siding with 32 residents who filed a lawsuit two years ago against Widodo and the ministers for environment, health and home affairs, as well as the provincial governors of Jakarta, Banten and West Java.

The verdict was initially scheduled for May 20, but had been postponed several times. The judges voted 3-0 in favor of the plaintiffs under the Coalition for the Clean Air Initiative.

Presiding Judge Saifuddin Zuhri ordered the seven officials to tighten national air quality standards so they are “sufficient to protect human health, the environment and ecosystems, including the health of sensitive populations, based on science and technology.”

“They have been negligent in fulfilling the rights of citizens to a good and healthy environment,” said Duta Baskara, a member of the panel. The judges dismissed a part of the lawsuit alleging Widodo violated human rights.

The plaintiffs, who included activists, public figures, motorists and pollution disease victims, did not ask for financial compensation and instead demanded a more robust supervision and sanctions for offenders.

“We hope the defendants would accept their defeat wisely and choose to focus on making efforts to improve air quality conditions rather than doing useless things, such as legal efforts to fight in appeals,” said Ayu Eza Tiara, one of the lawyers for the plaintiffs.

It is unclear if the government will appeal. Lawyers for the defendants declined to comment and there was no immediate response from the presidential office.

Jakarta counts 10 million people and three times more including those living in its greater metropolitan area. The severe air pollution in Jakarta stems mostly from vehicle emission, factories and coal-fired power plants located in the neighboring provinces of Banten and West Java, according to the Center on Energy and Clean Air in its 2020 report. It identified 136 industrial facilities, including power plants, as contributing to pollution.

The Climate Action Tracker, an independent scientific analysis organization, said in its report in April that the COVID-19 pandemic has resulted in a reduction of air pollution in many countries. However, due to the number of coal-fired power plants in the vicinity of major urban centers, the effect is not observed in Indonesia, where South Tangerang, in Jakarta’s metropolitan area, was the world’s 25th most polluted city.

Prone to flooding and rapidly sinking due to uncontrolled ground water extraction, Jakarta is the archetypical Asian mega-city. It has been creaking under the weight of its dysfunction, causing massive pollution to rivers and contaminating the ground water that supplies the city. Congestion is estimated to cost the economy $6.5 billion a year.

Yuyun Ismawati, one of the plaintiffs, said in a statement Thursday that if Widodo’s administration ignored the court’s decision, health costs will continue to increase.

The Jakarta administration data released last year showed more than 5.5 million cases of diseases related to air pollution in the city. The data also said the estimated burden of medical care costs from cases of non-communicable diseases due to air pollution in 2020 could reach 60.8 trillion rupiah ($4.2 billion).

In an amicus curiae brief submitted in support of the lawsuit, the U.N. special rapporteur for human rights and the environment, David R. Boyd, said that protecting people from the harmful effects of air pollution is a constitutional and legislative obligation of the Indonesian government, and not an option.

Boyd said air pollution is a major problem in Indonesia, causing hundreds of thousands of premature deaths annually. He said levels of PM 2.5 — fine particulate matter smaller than 2.5 millionths of a meter — in Jakarta were well above national and regional standards as well as World Health Organization recommended limits.

“Yet air pollution is a problem that is amenable to solutions that are well known,” Boyd said.

Thursday’s verdict has tarnished Widodo’s credibility in improving infrastructure and the environment in the Southeast Asia’s largest economy, which has been his signature policy that helped him win a second term in 2019.

Widodo has announced shortly after being reelected that the capital will be moved outside Java, where 57% of the country’s 270 million people are concentrated. The new site for the capital will be in sparsely populated East Kalimantan province on Borneo island, known for rainforests and orangutans.