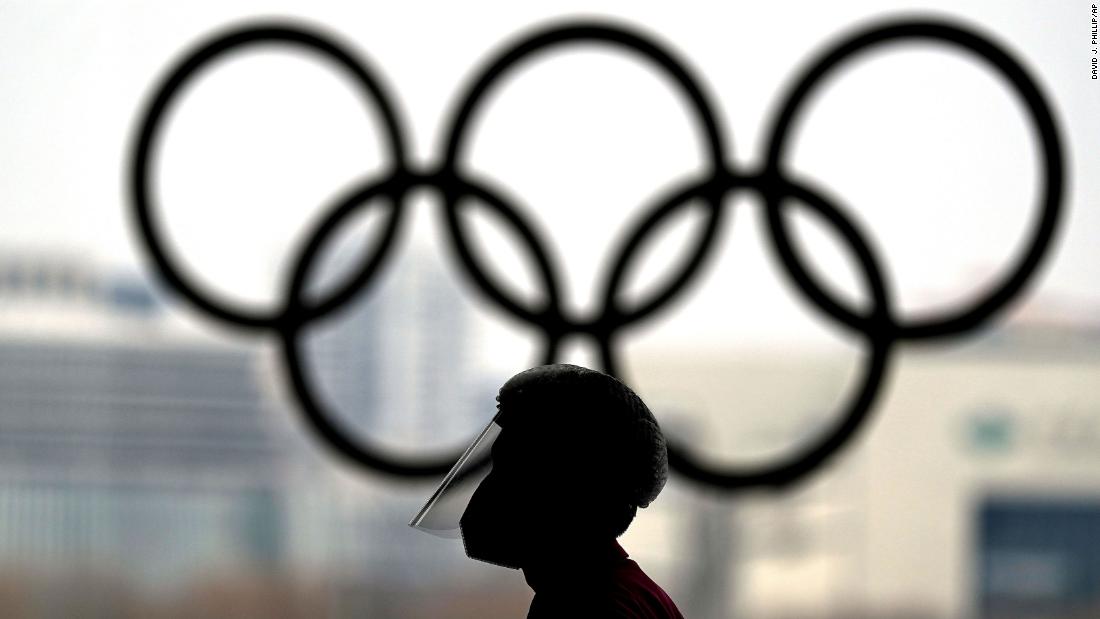 Having been largely sealed off from the world for two years, Beijing is bracing itself for the arrival of thousands of foreign Olympians, officials, journalists and support staff — including from countries where the highly transmissible Omicron variant is raging.

Whether Chinese authorities can keep the Games Covid-safe and prevent any flare-ups from spilling into Beijing is the ultimate test of China’s zero-Covid strategy. The stringent prevention and control measures are held up by the ruling Communist Party as proof of the supposed superiority of its authoritarian political system. The strategy has kept infections and deaths low — but it has also inflicted painful lockdowns on millions of people and isolated China from the world.

And now, Beijing is applying those same measures to the Olympics. To limit the spread of infection, it is sealing the entire Games inside what authorities have called a “closed loop system” — a bubble completely cut off from the rest of the city.

The quarantine is arguably the most ambitious of its kind ever undertaken. The NBA attempted something similar, when it created a quarantine zone inside Disney World in Orlando, Florida, designed to keep players and staff safe for the final stages of the 2019-20 season. But what Beijing is about to attempt is on a whole other level.

Whereas the NBA “bubble” housed about 350 players from 22 teams, the Beijing bubble is welcoming an estimated 11,000 people from around the world — and they will be shuttling through three competition zones up to 111 miles (180 kilometers) apart.

Securing the bubble will require massive manpower, meticulous planning, pervasive surveillance and rigorous government enforcement — and the arrival of Omicron has only made it all the more challenging.

Already, coronavirus has been detected in recent Olympic arrivals in Beijing, both at the airport and inside the closed loop.

The International Olympic Committee (IOC) said in a statement Wednesday that so far, 1.53% tests conducted upon arrival are positive, while 0.02% of regular screening tests taken inside the closed loop are positive. It did not specify the number of total tests in both scenarios.

“All cases so far are within 5 days of arrival and are therefore assessed as being imported (contracted prior to arrival in Beijing). No infection has occurred within the Closed Loop,” the statement said.

As of Friday, more than 2,000 participants have arrived in Beijing, including athletes, officials, members of the IOC and media, according to the official app for the Beijing Winter Games. Thousands of Chinese volunteers and staff have already spent days, if not weeks, inside the closed loop.

Here’s a breakdown of how the bubble is supposed to work.

Participants will be confined to the “closed loop” from the moment they touch down until they fly out. Throughout their stay, they will compete, work, eat and sleep without making any contact with the wider Chinese population.

The “closed loop” consists of a series of stadiums, conference centers and more than 70 hotels, with those in downtown Beijing fenced off and closely guarded by police; it even has its own transportation system, with 4,000 vehicles dedicated to moving participants from place to place.

Instead of one giant Olympic bubble, the system is formed by a network of interconnected mini-bubbles. They are concentrated in three zones: downtown Beijing, where the ice competitions and opening and closing ceremonies will be held; the suburban Yanqing district, a site for alpine skiing and sliding; and Zhangjiakou, a city in neighboring Hebei province that will host Nordic skiing and the bulk of freestyle skiing and snowboard events.

The three zones are linked by high-speed train and highways. To maintain the separation, even the train cars are divided, and the closed-loop buses are given specially marked lanes. Drivers not part of the Olympics who cross into these lanes will be fined.

In a sign of the lengths Chinese authorities are going to avoid the bubble being breached, residents have been warned not to rush to offer help if an Olympic vehicle is involved in a crash.

“In case of traffic accidents with special vehicles for the Winter Olympics, please pay attention to maintaining a safe distance,” Beijing’s traffic authorities said in a statement on social media earlier this month. “Do not make contact with vehicles or personnel in them and wait for professionals to arrive at the scene.”

Athletes, staff and volunteers inside the closed loop will also be separated from spectators, who have their own transport and entrance to the events. The Beijing organizers announced this week that tickets for the Games will not be sold to the general public in response to the pandemic, but instead distributed by authorities.

Hopping into the bubble

Given China’s determination to keep out any Covid cases, getting to the bubble is already a challenge.

Anyone entering the bubble must be fully vaccinated, or face an additional 21-day quarantine upon arrival in Beijing before being allowed into the bubble.

The journey starts 14 days prior to departure. Participants are required to limit interactions with others to avoid catching Covid. They must also use an app to upload their body temperature and answer questions about their health status every day.

Cybersecurity researchers have warned the app contains security flaws that leave users exposed to data breaches. Chinese authorities have dismissed the concerns, but the United States and other countries are advising athletes to bring disposable burner phones to the Games.

Before departure, those traveling to the Games must take two Covid tests. With few international flights allowed to land in Beijing, most participants have to take special charter flights. Upon arrival, they will be greeted by workers in hazmat suits and undergo another test, before being transported to their hotel in designated buses escorted by police.

Once inside the bubble, participants will be subject to a series of rigorous prevention and control measures. They will be tested for Covid every day and must wear face masks at all times.

The stakes for catching Covid are extremely high. Participants who test positive will be immediately removed from the Games. Those who are symptomatic will be sent to a designated hospital for treatment, while asymptomatic cases will be taken to an isolation facility. They won’t be allowed to return to the bubble until all symptoms disappear and they test negative twice in a row — meaning they’ll almost certainly miss their event.

The PCR tests for the Beijing Winter Games are also more stringent than those used by others sports events, such as the NBA and NHL, meaning they can return positive at a lower viral load.

A positive test can also affect the person’s teammates and colleagues. Anyone who has had a mask-less exposure for longer than 15 minutes to an infected person is considered a close contact, and will be subject to twice daily testing.

Chinese authorities did not reveal how many people will be inside the “closed loop system.”

Already in the bubble are thousands of Chinese volunteers and staff, including organizers, health care workers, drivers, cleaners and chefs. The first batch of volunteers — 16 students from a university in Beijing — entered the “closed loop” on January 3 to work at the Beijing Capital International Airport, before the first Olympic flight arrived.

The Chinese staff and volunteers are required to stay throughout the event — meaning they will miss the Lunar New Year holiday. It’s the biggest festival in China and the most important time for families to get together — likened by some to Christmas, Thanksgiving and New Years combined. To exit the bubble, they must also undergo 21 days of strict quarantine at a designated facility.

Chinese organizers have touted the innovative technologies adopted inside the bubble to keep it Covid safe.

At the stadium for ice hockey, staff will wear all-day armpit thermometers, which will sound the alarm should someone’s temperature exceed 37.3 degrees. Inside a “smart canteen” at the main media center, robots make Chinese and Western dishes and cocktails behind glass screens, while meals are delivered from the ceiling by automated robot arms.

The IOC has suggested the early detection of Covid-19 cases among arrivals is a sign the “closed loop system” is working.

“All data to date provides confidence that daily PCR testing combined with the isolation and close contact policies in place means that the Closed Loop is very safe and there are no infectious participants within it,” it said in the statement.

Yanzhong Huang, a senior fellow for global health at the Council on Foreign Relations, said it was unsurprising — and even inevitable — to see cases inside the Olympic bubble.

“Given the high transmissibility of the new variant, I’m sure there will be some infections at the Games,” Huang said. “The question is whether those flare-ups will develop into outbreaks in the bubble — or even worse, spill outside the bubble and cause outbreaks in the city and beyond.”

Earlier this month, the Omicron variant was detected in the community in Beijing, prompting authorities to swiftly lock down an office building and a residential compound. Several Delta cases have also since been reported.

Authorities warned of the “double pressure of domestic and imported cases,” yet still struck a confident tone.

“The overall situation remains under control,” Huang Chun, an official with the Beijing Organizing Committee, said at a news conference last week. He added there were no plans to seal off the city or change the coronavirus containment rules for the Winter Olympics.