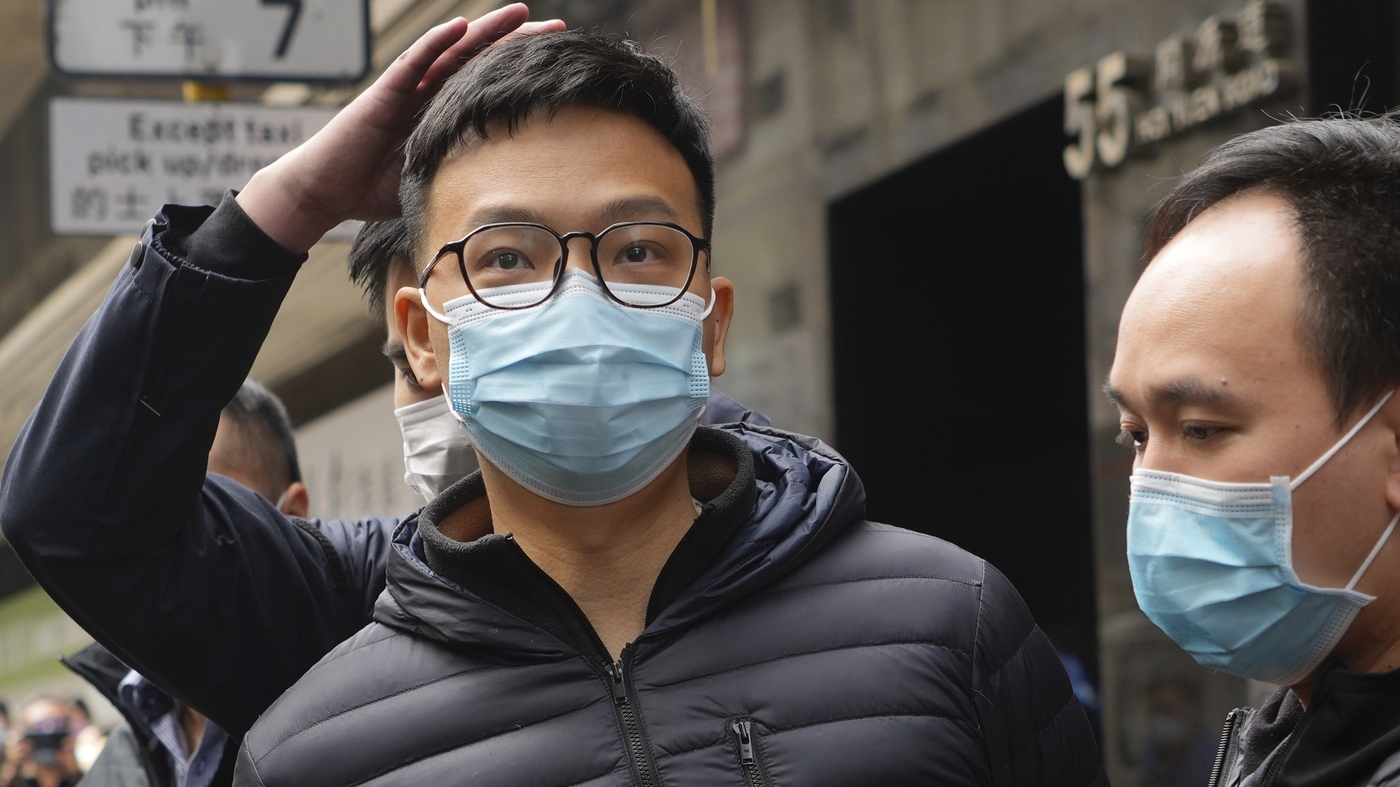 Patrick Lam, an editor at Stand News, is escorted into a van by police officers after they searched for evidence at his office in Hong Kong, Wednesday, Dec. 29, 2021.

Patrick Lam, an editor at Stand News, is escorted into a van by police officers after they searched for evidence at his office in Hong Kong, Wednesday, Dec. 29, 2021.

HONG KONG (AP) — Hong Kong police on Thursday formally charged two people from an online pro-democracy news outlet with sedition, a day after the outlet said it would cease operations following a police raid on its office and seven arrests.

National security police said they charged two men, aged 34 and 52, with one count each of conspiracy to publish a seditious publication but did not identify them.

According to local media reports, the two are Chung Pui-kuen and Patrick Lam, who were editors at Stand News, an online pro-democracy news outlet.

Police also said they would prosecute the company for sedition.

Chung and Lam were being taken to West Kowloon court on Thursday, police said in a statement.

The other arrestees have been detained for further questioning. Apart from Chung and Lam, four other former Stand News board members, including singer Denise Ho and former lawmaker Margaret Ng, were arrested on Wednesday. Ho was released from police custody on Thursday afternoon.

The seven were arrested under a crime ordinance that dates from Hong Kong’s days as a British colony before 1997, when it was returned to China. Those convicted could face up to two years in prison and a fine of up to 5,000 Hong Kong dollars ($640).

Hong Kong leader Carrie Lam said at a news conference Thursday that the arrests were not targeted at the media.

“It should be very clear what is reporting of news, and what is seditious acts or activities to undermine national security.”

Her comments came after U.S. Secretary of State Anthony Blinken called on Hong Kong authorities to release the detainees.

“Freedom of expression, including media freedom, and access to information provided by an independent media are critical to prosperous and secure societies. These freedoms enabled Hong Kong to flourish as a global center for finance, trade, education, and culture,” Blinken said in a statement.

“By silencing independent media, (Chinese) and local authorities undermine Hong Kong’s credibility and viability. A confident government that is unafraid of the truth embraces a free press.”

Canadian Minister of Foreign Affairs Melanie Joly tweeted on Wednesday that her country is “deeply concerned by the arrests in Hong Kong of current and former board and staff members from Stand News, including Canadian citizen and activist Denise Ho.”

“Freedom of media and expression remain cornerstones of democracy and essential to the protection of human rights and fundamental freedoms,” she said. “We will continue to speak out and denounce violations of these freedoms, in partnership with our international allies.”

Stand News said Wednesday that it is ceasing operations and had laid off all its staff.

The arrests and raid on Stand News come as authorities crack down on dissent in the semi-autonomous Chinese city.

Hong Kong police previously raided the offices of the now-defunct Apple Daily, seizing boxes of materials and computer hard drives to assist in their investigation and freezing millions in assets that later forced the newspaper to cease operations.